Last week, I spent time in spaces that I really liked. Mainly because we were discussing issues that are very dear to me but also getting to interact with some of the most inspiring people within the human rights movement globally.

What I liked most about the meetings I attended was the fact that we discussed the global challenges and threats to human rights, freedom of expression, transparency and accountability. We discussed the growing wave of conservatism that has gripped the world such as rising authoritarianism, closing civic space and how activists and human rights defenders continue to operate in these hard times.

While it was quite depressing to hear some of the stories and perspectives about the context we are all working in, I was consoled to know that most of the challenges we face in Kenya and the East African region are common in most of the regions if not all.

This is both good and bad 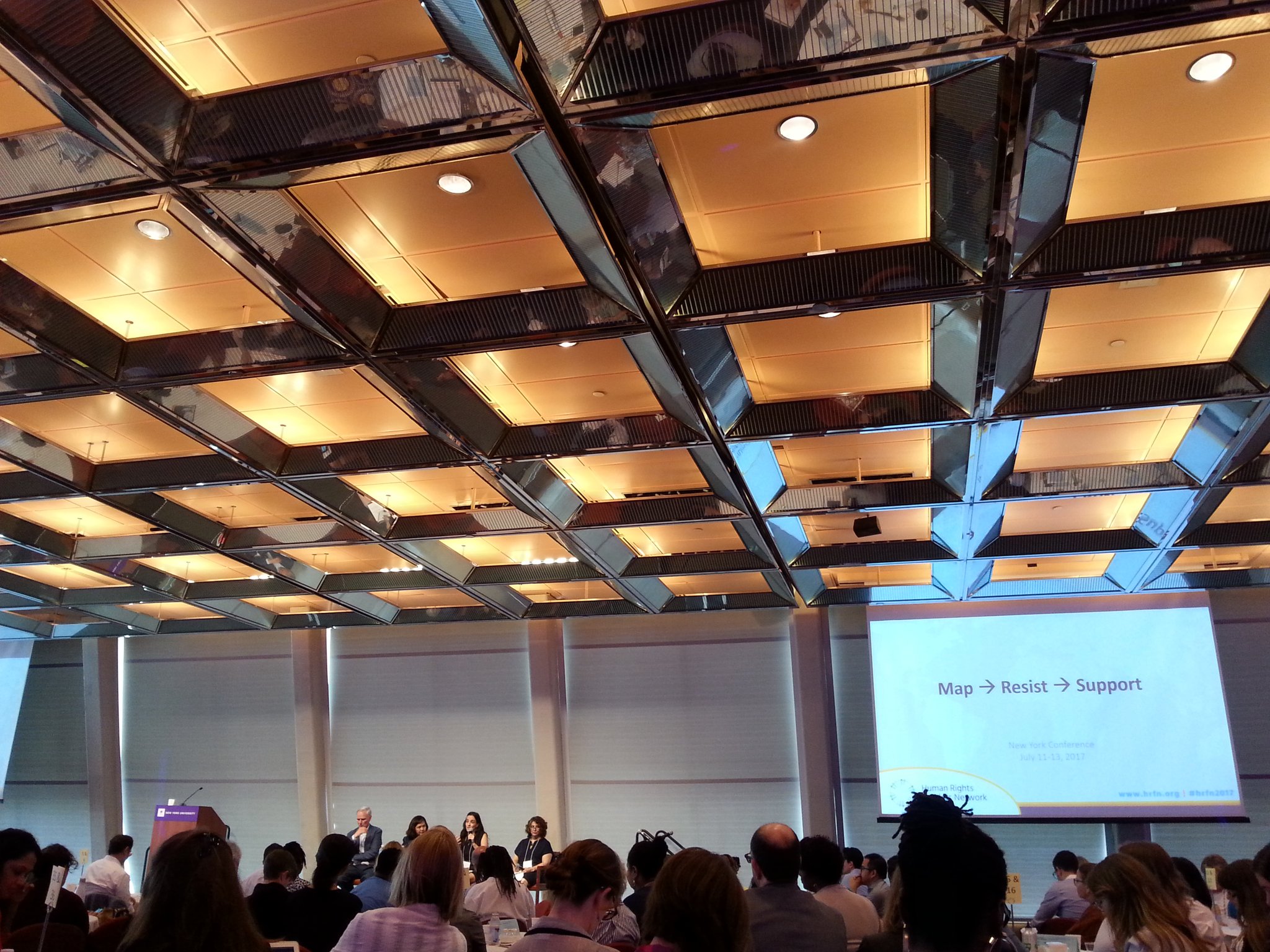 Bad in the sense that we all seem to be reversing progressing trends towards improvement and promotion of human rights, good because this situation now forces all of us to put our heads together and strategize against these common retrogressive trends that are not only a threat to human rights but also to our collective security. There is an old saying that nobody is safe until all of us are safe.

But what does it really mean for activists and the entire human rights community to operate in our world today? For starters, there is general consensus on the need to identify and analyze the motivation towards these trends. What is it that makes leaders in so many parts of the world feel comfortable perpetrating human rights abuses? How is it possible for this to happen so easily? How come nobody wants to account anymore?

In many parts of the world, they are succeeding in doing that.

If I was to reflect about my own region and country, I could cite several examples of how the state has succeeded in making the civil society look like the problem.

Civil society has been labeled as traitors, unpatriotic and agents of foreign interests and people who only defend criminals.

This has contributed a lot towards the loss of credibility of civil society among the citizenry.

We have the tools to do so and we must do so. The emergence of social media and its potential to shake up power and cause revolutions scares the powers that be.

We need to capitalize on this. Speaking on what authoritarian leadership means for an organized resistance, Masha Gessen an American author-activist and one of the presenters in one of the sessions last week aptly put it, “every push back deserves to be responded to”.

Perhaps the most natural place to start is the funding/resourcing base for activists and civil society. We notice that in recent years, there has been efforts to starve the civil society of resources so as to cripple the activism. The pretense by governments that foreign funding is bad and should be restricted is a clear indication of this.

Importantly, governments seek foreign funding when in need of military assistance. The question is, what makes foreign funding so different or immoral when it goes to the civil society? Restrictions on foreign funding to human rights organization in the guise of fighting imperialism is an old tactic of silencing civil society. We need to come up with a counter narrative to this.

Our legal argument is that we have a right to get involved in matters affecting our countries. As funders we must realize that philanthropy has a right to get involved and a role to play. As activists, our role lies in empowering ourselves and other citizens to hold the powers that be to account. These include all the institutions of accountability. In Masha’s words “Institutions can save you if you make them do their job”. We should strive towards this.

Importantly, we should never forget to look at the problems we face from a personal perspective. That is what motivates us to push on even when it seems impossible. As one of the conference co-chairs David Mattingly put it, we deceive ourselves when we even imagine that we can divorce the personal from the political. To do so is to delegitimize our struggle and undermine our own success.

This article originally appeared on the Human Rights Funders Network website on 9 August 2017. The original article can be found here.