Relationship of trust is the true foundation of community building 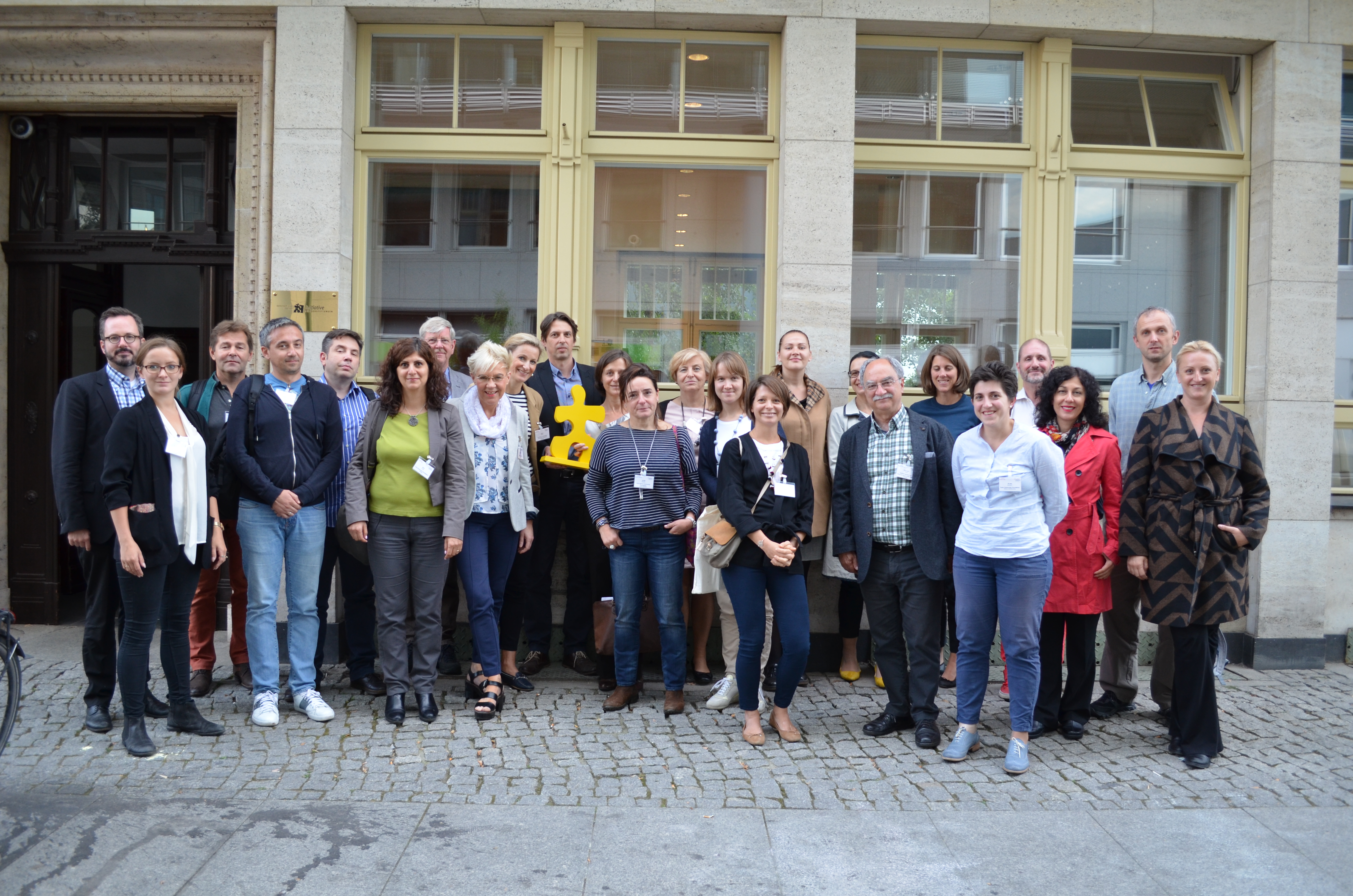 The heterogeneous group of participants came from 16 European countries (Belgium, Bosnia-Herzegovina, Bulgaria, Croatia, the Czech Republic, France, Hungary, Lithuania, the Netherlands, Poland, Romania, Russia, Serbia, Slovakia, Spain and the UK) and all work for community foundations in their respective country in one way or other – whether as directors, general managers or staff members of an umbrella organisation.

Germany proved an exciting host destination for this first study trip, not only because Germany has experienced East and West growing together since the fall of the Berlin Wall, but also because of the Europe-wide headlines it has made as the destination country of hundreds of thousands of refugees. 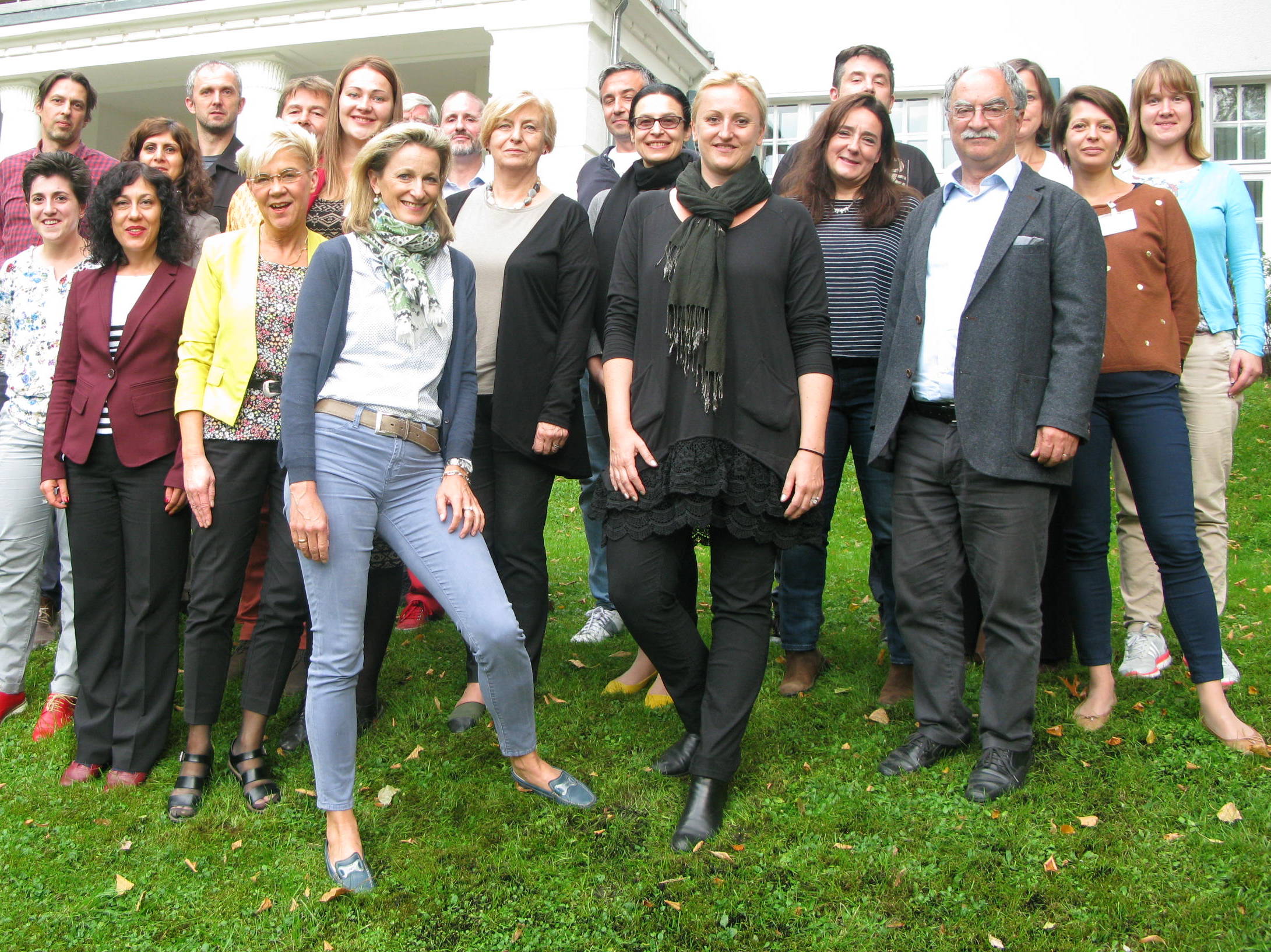 ‘Reflection writers’ on the study trip

The participants of the trip were above all interested in how and why Germany has achieved unprecedented growth of the community foundation system in just twenty years.

Of the more than 600 community foundations in Europe, 307 with the Seal of Approval alone are in Germany. They have a combined capital of €333.7 million.

During the visit, the participants received the first Country Guide from ECFI, to help them understand where community foundations have positioned themselves within the social and legal context in Germany since the first organisation was established in Gütersloh, to what contributed to their mushrooming in subsequent years and what their distinct characteristics are. This ‘Guide to Community Foundations in Germany’ offers the first overview in English and is available to all who are interested in the history of community foundations in Germany. The Guide – the first in a series of country reports yet to be published – is available for download free of charge via the online shop of the Association of German Foundations.

Each visit was filled with intensive discussions and a vivid exchange between the guests and the community foundation hosts. No question remained unanswered, with the visitors gaining personal impressions from the hosts, as well as establishing connections. Ines from Lithuania definitely wants to implement “Good Intentions” of the Community Foundation Halle, which are employed to jump-start project ideas that help improve living together in the street, the district or the town.

The active members of the Community Foundation Stuttgart demonstrated the meaning of actually living the idea of leadership: their concept of round-tables can generate consensus-oriented solutions while at the same time establishing good relations with other local partners.

Results such as ones the Community Foundation Dresden achieved, with its numerous foundation trusts and trust funds, are out of reach for many community foundations in Europe. The business model with which the Community Foundation Palatinate has built an integrative hotel as a ‘social entrepreneur’ and in this way generates solid returns even during times of zero per cent interest, on the other hand, may be transferable.

Each of the participants will implement new ideas in their own country. Yet if there is one common realization of the participants among all the individual insights, it is the power with which local volunteer engagement shapes the work of community foundations in Germany.

One of the participants on the trip, Bita, commented:
‘What was particularly inspiring and noteworthy was how German community foundations managed to build social cohesion on the social capital by focusing on bridge-building in the community.’

As an umbrella initiative the European Community Foundation Initiative started in 2016 to build a network for community foundation associations and support organizations in Europe. With peer learning activities ECFI provides and develops a community foundation movement in Europe by creating a strong and effective network and facilitating learning exchange and joint action among them.

Anja Böllhoff is the Coordinating Director for the European Community Foundation Initiative.