Resilience and reinvention at the Council on Foundations 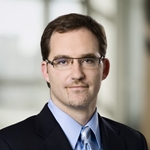 This year’s Council on Foundations conference in Los Angeles  (29 April – 1 May) did not have an official tagline, so in hindsight I would like to nominate one: Resilience & Reinvention.

True to its Southern California location, the conference gave us glimpses of Hollywood artists and their interests beyond their crafts. Those present will not soon forget Sheryl Lee Ralph’s humour and candour, Geena Davis’s data-driven mindset, or Mandy Moore’s passion for Population Services International. But beyond the celebrity spottings, networking and dancing, an uncomfortable tension ran beneath the sessions: the world in which philanthropy is pursued is shifting and we still haven’t made up our minds about how we will shift in response.

Austerity measures contemplated and implemented at all levels of government are yielding to more fundamental questions about the terms of the social contract and partnerships between sectors. ‘Big Data’ and ‘Open Data’ initiatives by public and private institutions are recalibrating the benefits and risks of transparency and even the possibility of anonymity. An ‘Aspiring CEO’ track was a reminder of the next generation waiting to take on new leadership mantles. And there was hallway talk that groups like the Council on Foundations must not only navigate leadership transitions – and I think we all wish the Council’s new CEO Vikki Spruill well – but also wrestle with more fundamental challenges to business models as social media facilitates networking and professional development opportunities that conferences and trade associations used to have more of a monopoly on.

We are frequently faced with challenging transitions – as individuals, cities, countries and sectors. The conference’s opening and closing plenaries brought that point to life in vivid colour. In the first plenary, we were asked to consider three case studies of philanthropy’s response to US cities in crisis: Los Angeles after the 1992 riots, New Orleans after Katrina, and Detroit after the slow, steady hollowing out of America’s auto manufacturing capital. At the conference’s close, the audience was treated to rapid-fire ‘Ignite’ talks, each challenging us to reconsider assumptions about the way philanthropy works in light of new technologies, insights into human behaviour, or expectations of public-minded institutions.

But beyond this reminder, the opening and closing plenaries also suggested to me something more interesting.  During times of crisis and change, both resilience and reinvention are celebrated. Sometimes we take pride in our capacity to spring back quickly into our former shape. Other times we toast our ability to transform ourselves and our institutions. As I listened to the panellists, particularly on the opening day, I was struck by how some told a story of rebuilding their city while others talked of building something altogether new.

Resilience and reinvention are not the same. Resilience emphasizes the survival of past habits, patterns and relationships. Reinvention emphasizes the development and adoption of new behaviours and arrangements.  On reflection, I don’t think the sector is of one mind about how to approach the times of crisis and change it now faces. I recognize a lot of people within individual organizations are using these times to wrestle with tough issues, but I fear that our collective ambivalence to these questions may ultimately get us nowhere. Will we embrace new ways of working and – as Marian Urquilla of Living Cities in one conference session said of one change management effort – appropriately mourn the passage of the old ways? Or will we seek comfort in the familiar, fully acknowledging the path not taken?

Those who attended the Council on Foundations conference in LA can benefit from a 20% discount on subscriptions to Alliance magazine. Discover more >