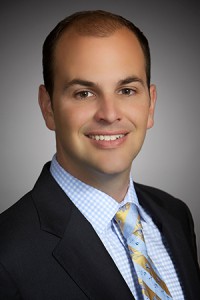 The trustees of the Charles Stewart Mott Foundation have appointed Ridgway H White as the fourth president of the organization, effective 1 January 2015. He succeeds his father, William S White (Bill), who remains chairman and CEO.

‘It’s the right time and the right approach for the evolution of the organization,’ said Bill White, who has been president of the foundation since 1976, CEO since 1979 and chairman of the board of trustees since 1988. ‘The foundation is in excellent shape. Our people, our programs and our assets are all strong, and we’re poised to continue our work to promote an equitable and sustainable society.’

As president, Ridgway White will bring to the foundation an entrepreneurial spirit gleaned from ten years of experience in guiding revitalization efforts in downtown Flint. ‘I’m honored to have the opportunity to continue the foundation’s legacy of service to the people and communities we support,’ he said. ‘And the strength of our team at Mott gives me great confidence in our ability to make a difference. At every level, our staff members are talented, committed professionals who know their topic areas and care so much about the work we do together.’

Ridgway joined the Foundation in 2004 as a programme assistant on the Flint Area grantmaking team. He was named an associate programme officer in 2006 and was promoted to programme officer in 2009. In that capacity, he also served as a loaned executive to the Uptown Reinvestment Corporation, a non-profit focused on revitalizing downtown Flint. In 2011, he was named vice president for special projects at Mott and chair of the foundation’s management working group.