What role for philanthropy in India?

According to a recent research paper by economist Lucas Chancel, ‘income inequality in India is at its highest level since 1922’. Earlier this year in January, an Oxfam report said that India’s richest 1 per cent hold 58 per cent of the country’s total wealth — higher than the global figure of about 50 per cent. Deeply disturbing as these figures are, if one were to look at an opportunity in this crisis it would be that one of the corollaries of rising income inequality is the potential for philanthropy. 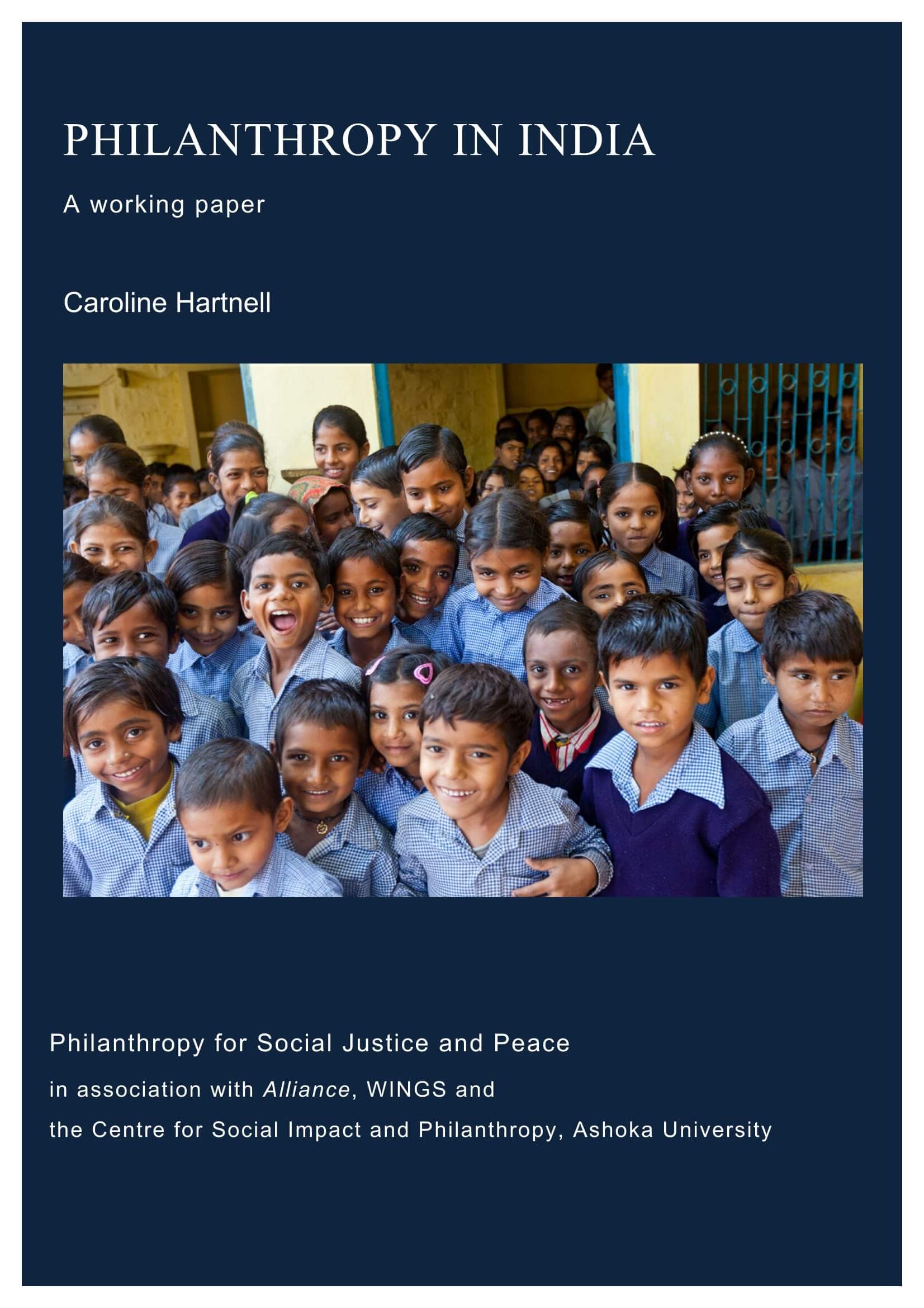 Philanthropy in India, a working paper by Caroline Hartnell published yesterday by PSJP in association with WINGS, Alliance and the Centre for Social Impact and Philanthropy at Ashoka University, confirms this, bringing to light a new wave of giving and new innovations in philanthropy in the country.

The study is based on conversations with people who have been trying to promote and support philanthropy in India.

These individuals represent various areas within philanthropy ranging from giving by the very wealthy to giving via online platforms, corporate philanthropy, and even self-funded social movements.

Who is giving?
While the paper confirms the position of India as a nation of givers with a traditional charitable impulse, it reports that the quantum of giving has certainly gone up in recent years.

While India’s HNWIs are giving more, the most promising aspect of the new philanthropy in the country is the rise of giving by middle class individual donors, especially young givers.

According to a CAF report referenced in the paper, India has added over 100 million donors since 2009. On the other hand, despite the the CSR Act, the relative share of corporate contributions to philanthropy has fallen to 15 per cent from 30 per cent in 2011, while individual donations have seen a sixfold rise in the same period.

This is important when thinking about where the philanthropic agency is in the country.

The report suggests that philanthropic giving has become more efficient. The innovations and approaches of the business sector are filtering through as more HNWIs and entrepreneurs from the tech industries are engaged in philanthropy. There is a focus on scale, efficiency and impact measurement. Models of cross-sector collaborations are also developing, as is impact investing.

What about social change?
It cannot be said about philanthropy that it is becoming more effective in supporting social change. It would appear that any change we see is happening despite philanthropy and not because of it. Funding for progressive social change – human rights and related issues – has previously come mostly from foreign donors and this is now drying up.

While donations from the wealthy, the corporate sector and middle-class Indians have increased in quantum and giving has become more efficient, by and large they seem to be staying away from political and risky issues. Education is a priority ‘safe sector’ and other innovative models are focusing on service delivery for low-income people. As an exception to this it’s worth mentioning that’s there are a few individuals, like Rohini Nilekani and Azim Premji, who are willing to tackle riskier areas.

However, there are models of giving for social change captured in the report that are effective. One example is self-funded activist movements where the philanthropic agency lies with the people and not with a donor.

There are also models of indigenous foundations that are rooted in the communities that they serve and support community-level work through small grants.

Then there is the philanthropy, assets and agency of the community itself, which holds promise for bringing about lasting social change, although the paper was not able to record any outstanding examples of success yet.

Because of the immense need in our country to meet basic survival needs, and given the levels of absolute poverty, there is an imperative need for this.

Rohini Nilekani is quoted in the report saying that despite the philanthropic principles she upholds, she wouldn’t hesitate for a second if philanthropy were to move into a charitable mode in the face of floods and droughts. I agree with her.

The increasing inequality in India is a deeply disturbing human catastrophe that is constantly growing. India’s regional, caste and religious conflicts aside, its deep-seated structural misogyny and violence against women notwithstanding, a problem that you cannot fail to see as you go about your day is India’s hunger problem.

According to the global hunger index report released by Washington-based International Food Policy Research Institute (IFPRI) this month, India ranks 100 among 119 developing countries, ‘at the high end of the “serious” category’. The report goes on to point out that ‘India is the world’s second largest food producer, yet it is also home to the second highest population of under-nourished in the world.’

If philanthropy does not become ‘wise’ (Pushpa Sundar talks about ‘giving wisely’ in her book Giving with a Thousand Hands: The changing face of Indian philanthropy), if it doesn’t take into account the systemic problems that perpetuate this destitution, the continuous human rights violations, social injustices and state apathy toward the inequality crisis, it will never make a dent in meeting the basic survival needs.

Then what is the role of philanthropy in closing the country’s inequality gap? How can it be an agent in bringing about sustainable and systemic change?
In the report activist Aruna Roy talks about the limitations of philanthropy (with implications for both foreign and domestic institutional donors) that may prevent social movements for human rights and justice from standing politically strong.  Citing the example of the Right to Information campaign, she talks of the strength of public support for rights-based movements as opposed to institutional philanthropic support. Then,

This study is neither exhaustive nor complete, nor could it be with a country as dynamic and large as India. It is a starting point to reflect on questions like the ones I pose above and I hope that you will add to it, fill in the gaps left by this study, raise and answer questions, share models of effective philanthropy and put forth suggestions for philanthropy’s role and purpose in India.

Read the report here and to engage in a conversation about it write to us at info@psjp.org

You can also download a short summary of the report here..

Chandrika Sahai is the coordinator of Philanthropy for Social Justice and Peace.