The role of philanthropy in society – what’s there and what’s next?

At the WINGS Forum in Mexico in February 2017, a session was organised to discuss the initial findings of a new study of philanthropy initiated by the Working Group on Philanthropy for Social Justice and Peace. The purpose of the study is to understand the role of philanthropy in today’s world. We are focusing particularly on countries where philanthropy is culturally rooted but not well documented (at least in English – see below) and often less institutionalised, mainly in emerging market countries, as this is where the study can start to fill a real gap.

The discussions at the session were provoked by the preliminary findings of the research in India, Brazil, Russia and the Arab region, which were also published in the run-up to the WINGS Forum and can be viewed here. The conversation that followed highlighted three aspects in understanding the state and role of philanthropy.

Understanding the subtleties in philanthropy’s development
The most significant observation in the study is the rise of giving, particularly small and individual giving, in emerging market economies. The study found that over half the population in India and Russia is giving and there were more giving days and events. However, the conversation drew attention to the inadequacies of benchmarking the development of philanthropy against the Anglo-Saxon narrative and consequently deeming it “undeveloped” in a particular geographical place.

Similarly, in India, the usage of the word ‘philanthropy’ is limited while there is a lot of traditional giving i.e. donation or daan which translates to ‘welfare and service’. In Brazil, there is a common sense understanding of ‘a culture of giving’ but not about philanthropy as a social actor. There was general agreement that a broader idea of philanthropy was helpful and not all of it was going to be progressive.

Understanding the factors limiting philanthropy’s impact
Philanthropy’s impact on complex social problems is limited at best. The study reinforced the already known fact that progressive causes are still struggling to attract funding. Even in progressive environments like Canada, philanthropic support to social justice work is ‘microscopic’ at 1.5 per cent of funding going to such work, remarked one participant.

There are many contextual reasons for this; for example, in India, a participant explained that there is more support for traditional causes because of the very visible nature of poverty and inequality which compels philanthropists to provide immediate relief. Another factor is the wide mistrust of NGOs among institutional philanthropic organisations. In India, the ‘philanthropy’ narrative is more about business solutions to social problems because the perception is that NGOs don’t know how to do the job. At the extreme end, most of the Brazilian society doesn’t know what an NGO is.

The governments’ anti-NGO narrative in many countries is another factor impacting philanthropy’s risk-averse approach to funding civil society. The government’s attitude might be summed up in one participant’s observation that while NGOS will be called on in the case of a flood if the same entities raise issues of climate change and environmental sustainability, they are deemed anti-national. 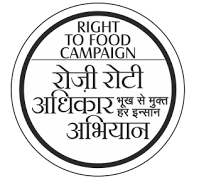 the challenges in procuring funding, social change is happening. One participant from India observed that social justice movements (such as the Right to Food Campaign) are finding support despite foundations and NGOs and not because of them.

Secondly, philanthropy’s resources are relatively minuscule. A participant from Germany put this point into perspective with this observation: if all of the foundation money in Hamburg (where the philanthropy sector is otherwise thriving) was put into the city’s education system, the schools would run for 5 days before running out of funds.

The central narrative at the WINGS Forum was the concern about the rise of hate and intolerance all over the world, the undermining of unifying values and the need for an alternative narrative and solutions to counter it. What is philanthropy’s role in this? A participant from Brazil at the session lamented that if you asked a corporate foundations in the country (the dominant philanthropy model in Brazil) about the role of philanthropy, they will not recognise the importance of philanthropy as a social actor.

‘How can philanthropy be an effective tool to move forward social transformation?’, she urged the participants to think. Sometimes philanthropy needs to break the mould to be relevant. For example, a session participant shared that recently a philanthropist in Germany had decided to close down her foundation and spend the significant endowment outside the framework of the foundation for greater flexibility.

More answers are needed. The preliminary findings of the study and the discussions it provoked at the session are emphasising contextual developments in the philanthropy ecosystem that are relevant today in answering the question raised by the Brazilian participant and developing strategies for effectively resourcing complex social change work.

This work is an ongoing open-ended study and neither the findings shared at the WINGSForum nor the session discussions are intended to provide definitive answers. We hope to create these answers through an iterative process involving more research and opening up the conversations further and invite you to participate in the process. If you are interested please email at info@psjp.org.

Chandrika Sahai is the coordinator of the Working Group on Philanthropy for Social Justice and Peace.

This post was first published on Philanthropy in Focus, the WINGS blog.