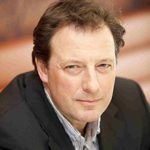 After nearly 15 years with Shell Foundation, Chris West will be stepping down as director in February next year. Sam Parker, formerly CEO of Water and Sanitation for the Urban Poor, will take on the role as the foundation’s third director. He will join Shell Foundation on 26 January 2015 and formally take over as director on 16 February.

‘He has the vision, experience and personality that is ideally suited to lead Shell Foundation over its next phase,’ writes West in a letter published on the foundation’s website. ‘He has significant experience in applying business thinking to deliver social impact at scale through his work with WSUP (a highly successful public-private partnership initiative that he created and then led for 8 years), and also through his prior roles at Save the Children International and in the private sector.’

Click here to read the full text of the letter. 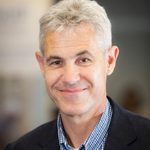 Chris West was involved in early discussions around the creation of Shell Foundation and joined soon after its launch in 2000 as deputy director. In this role he reinforced an ‘enterprise-based’ approach to catalysing scaleable and sustainable solutions to global development challenges. He oversaw the design and scale-up of the foundation’s core programmes, co-founding GroFin (now the leading provider of skills and finance to start-up and growing small and medium-sized enterprises in Africa), as well as other pioneering ‘social enterprises’. He was appointed director in 2008.