The Worldwide Initiatives for Grantmaker Support (WINGS) has published new research on the state of philanthropy infrastructure worldwide.

Launched at the 2017 WINGSForum in Mexico City, the study takes an inside look at the backbone organizations serving philanthropy with the aims of increasing knowledge and awareness about the infrastructure of philanthropy, defined by WINGS as ‘a positive environment for philanthropy institutions.

The 70 page report ‘Infrastructure in Focus: A new global picture of organizations serving philanthropy’ was authored by Pamela Ribeiro of WINGS and Barry Knight, an independent philanthropy consultant. The findings were derived from an online survey of 63 WINGS members in late 2016 as well as qualitative data from infrastructure funders, alongside a separate survey of academic institutions. 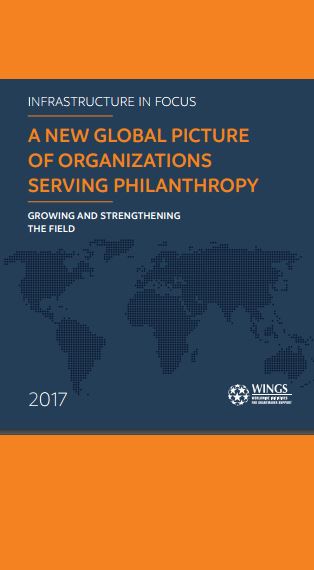 The report notes that the top priorities for philanthropy infrastructure organizations are expanding reach, and increasing the number of members and clients. Improving evaluation and governance was cited as less of a priority, though the report argues that evaluation should be of high priority to ensure ‘long-term health’.

The research also notes that the median budget of infrastructure is $800,000, an increase of $200,000 from 2014 when research was last published. Strikingly, 80 per cent of spending on philanthropy infrastructure is in North America reflecting an unequal distribution of philanthropy support globally. Although North American organisations are the oldest and most prevalent worldwide, a majority of WINGS members noted that they have partnerships or collaborate with at least one other WINGS member. These partnerships might provide tools for shifting the focus from North America.

Despite the assertion by respondents that they are financially sustainable, many members cited financial stability as their biggest barrier to accomplishing short-term goals. However, much of the focus from the survey focuses on long-term initiatives such as building strong partnerships, engaging in advocacy towards a more enabling environment, and ensuring the long-term financial sustainability of philanthropy infrastructure organisations in order to increase effectiveness.

While the report notes that philanthropy infrastructure is weaker in areas where it is most needed, it is hoped that by growing these practices and expanding organisations’ reach, it will be able to accomplish their mission and reach their potential

For more on the academic infrastructure for philanthropy see, Alliance’s interactive map of centres and chairs can be found here.