On July 28, MacKenzie Scott surprised the world by announcing she had made $1.7 billion in donations to 116 nonprofit organisations. They were selected for the transformative work they were doing and to support leaders driving change in a variety of issues. 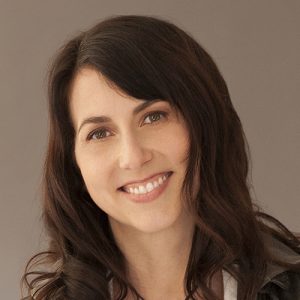 Scott is the richest woman in America, with a net worth of about $62 billion.  Her donations are noteworthy for many reasons, including that about one-third of them support racial equity, and many grants embrace movement building, advance democracy, and support collaboration.

But you don’t have to be a billionaire to make an impact with your philanthropic giving. All donors can improve how they give. Regardless of whether you are giving away thousands, millions or billions of dollars, here are seven lessons you can learn from the MacKenzie Scott Philanthropy Playbook.

Strategy is a framework for making decisions congruent with what you want to accomplish. It’s simply a matter of determining the type of philanthropist you want to be and the impact you want to have. Then you can look at where you are today and identify the three to four most critical success factors to get you where you want to go.  Next, you immediately act on them. That’s it.

Strategy development does not need to involve endless data gathering, a year of planning, dozens of meetings, a complex theory of change, five goals, 23 objectives, four cross cutting themes, a graphically-designed strategic plan document, and a GANTT chart to track implementation! MacKenzie Scott knows this. She identified what she wanted to do (giving away most of her wealth within her lifetime, starting immediately) and how she wanted to do it (providing large, unrestricted grants to organisations led by people who have experienced the inequities their organisations are trying to solve, and not requiring applications). Then she quickly started doing it.

Want to know the number one thing nonprofit leaders want from their donors? General operating support. Also known as flexible, unrestricted, or core operating support, general operating support is a grant to advance the nonprofit’s mission rather than for specific projects or programs. It’s the working capital nonprofits need to sustain their day-to-day operations. General operating support allows organisations to quickly adapt to shifts in need, respond to crises, take advantage of unforeseen opportunities, invest in their own infrastructure, upgrade technology, grow movements, and further their own staff and leadership development. It also allows them to pay the rent, keep the lights on, and make payroll. It can give an organisation the breathing room it needs to develop the next highly effective solution to a community problem.

Too few donors offer it. According to the National Committee for Responsive Philanthropy (NCRP), the percentage of U.S. domestic funding allocated for general operating support among the largest 1,000 U.S. foundations remained stagnant at 20 per cent between 2003 and 2015 (the most recent year that data are available).

Recently, many donors removed funding restrictions in response to the COVID-19 pandemic, to help nonprofits navigate the crisis and help those who needed it most. Hopefully MacKenzie Scott’s allocation of $1.7 billion in unrestricted funding should signal to every donor that this is a practice to follow.

When it comes right down to it, being an effective philanthropist means establishing trust with the people you wish to help and the partners you’ll need to work with. It doesn’t matter whether that’s the sophisticated CEO of a national organisation or the hardscrabble leader of a struggling grassroots start-up. As human beings, we depend on levels of trust to guide us into new relationships and to see them through even when the going might get tough. And securing that mutual willingness to see things through in tough times is both the reason to establish trust and the reward for doing so.

MacKenzie Scott could not possibly have made 116 large, unrestricted grants that required no applications without trust. ‘I gave each a contribution and encouraged them to spend it on whatever they believe best serves their efforts,’ Scott wrote. It may seem like a complex issue, but establishing trust really isn’t that difficult. As an advisor to philanthropists for more than two decades, I wouldn’t be able to help my clients if we didn’t trust each other. It starts with being yourself, saying what you’ll do and doing what you say, being vulnerable, and being trustworthy in times of a crisis.

As simple and straightforward as Scott’s funding is, giving away $1.7 billion is not for the faint of heart. It would be difficult for one woman to do this alone. And being thrust into celebrity status as Jeff Bezos’ ex-wife can bring stinging scrutiny.

That’s why she didn’t do this alone. According to her article in Medium, ‘I asked a team of non-profit advisors with key representation from historically marginalised race, gender, and sexual identity groups to help me find and assess organisations having major impact on a variety of causes.’ They helped her conduct due diligence on each organisation without revealing the identify of the donor. Although she has not formed a foundation or created an LLC to handle her giving, she recognised she needed help to accomplish this massive deployment of wealth. And she will continue to need help. To meet her goal of dispersing her wealth during her lifetime she will need to grant at least $3 or $4 billion each year.

5. Remove the hurdles and hoops

One of the most remarkable aspects of Ms. Scott’s funding is that she required no application. She did her due diligence and then sent a payment. sIt was a gift that just fell from the sky,’ according to one of the grant recipients Jorge Valencia, executive director and CEO of the Point Foundation.

To be an effective donor you should make it as easy as possible for nonprofits to receive funding. This allows them to focus their talent, time and resources on meeting their mission instead of fundraising. In addition, donors can reduce or eliminate the number of unnecessary steps, hurdles, hoops and hoopla they impose upon their nonprofit partners. While a no-application approach might feel too risky for you, there is a lot you can do to ease the burden of obtaining grant funding. Ask yourself what is the minimum amount of information you need from applicants to make a funding decision, and limit your application to only those questions.

Remove the guessing game by clearly stating your funding guidelines. Be willing to talk to prospective applicants about their requests. Offer, as the Moses Taylor Foundation did in response to the COVID-19 pandemic, to have phone conversations with grantees at the end of the funding period to learn how the funds were used, rather than force nonprofits to spend precious time preparing final reports.

6. Focus on equity and fund organisations led by people who experience those inequities

Advancing equity is about providing people and communities with what they need to thrive. According to PolicyLink, equity is ‘Just and fair inclusion into a society in which all can participate, prosper, and reach their full potential. Unlocking the promise of the nation by unleashing the promise in us all.’ This means looking at the issues and problems you want to tackle through an equity lens. Understanding where and why there are inequities. And then determining solutions that eliminate them.

7. Leverage all your assets

Donors are more than money. In addition to grant funding, you bring a tremendous amount of nonfinancial assets to the table. You just need to think about how you can use and leverage them to extend the reach and increase the impact of your charitable gifts. This includes intellectual capital, reputational capital (influence), the doors you can open for others, other tangible assets you have (your home, conference room, farm, private jet), and your expertise.

MacKenzie Scott realises this. She understands that it’s not enough to give her money away. She also wanted to tell the world and realised she adds tremendous value simply by signalling her funding and its importance. The size of the grants, her focus on equity, the value of unrestricted funding, and the organisations and issues she is supporting. In her announcement in Medium she wrote, ‘Though this work is ongoing and will last for years, I’m posting an update today because my own reflection after recent events revealed a dividend of privilege I’d been overlooking: the attention I can call to organisations and leaders driving change.’

The Mackenzie Scott way isn’t the only right way. I’m not advocating that all donors need to follow her exact approach. For example, you might want to ensure all children in your town have access to high quality preschool. If so, it probably makes sense to set a five-year goal and collaborate with your local school district, county, city, libraries, and public transportation to remove barriers, increase quality, and create a coordinated system. But every donor can learn from the MacKenzie Scott Philanthropy Playbook and apply these seven lessons to improve every aspect of their giving.

This article was originally published by Forbes.

Kris Putnam-Walkerly is a global philanthropy advisor and the author of Delusional Altruism.