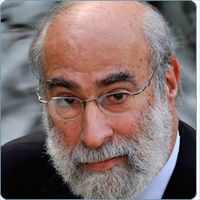 Not long ago, New York City and Goldman Sachs began to experiment with a new financial instrument known as a social impact (or pay-for-success) bond that raises capital from the private sector for nonprofit social programs which in the past would have been funded largely by government. If, after an agreed-upon period of time, the program in question is able to demonstrate success, the investors are paid back, along with a profit, by their government partner. The concept has generated a fair amount of buzz, in part because deficit-strapped governments, underfunded charities, and resource-constrained foundations see SIBs as a potential new source of program dollars.

Unfortunately, the SIB model is being touted as the next best thing without any critical examination of the assumptions behind it or the funding crisis which drives it.

What, for example, would happen if taxes were cut to the point that government is hard pressed just to fund defense/public safety, entitlements, and its own operations and so has to turn to private investors who demand a profitable return to finance critical public infrastructure and nonprofit services? If some have their way, we’re likely to find out.
Indeed, we’ve already begun to see what would happen. More than 57,000 children have lost access to Head Start services because of the sequester, even as Goldman Sachs has announced that it is launching a “social impact” investment fund to provide private capital as an alternative to public funding for early childhood education and many other nonprofit programs on the government chopping block.

We know Head Start saves government at least seven dollars for every dollar spent on it. If Goldman and Morgan Stanley have their way, we’ll soon have to pay them and their clients a portion of those savings for having replaced taxpayer funding for such programs with private capital.

Let’s call it what it is: private profit crowding out a public good. But how did we get here?

For more than three decades, conservatives have pushed hard to lower taxes on capital and reduce government-funded services for most of us. As right-wing activist Grover Norquist — the driving force behind the Americans for Tax Reform (ATR) Taxpayer Protection Pledge, more commonly known in Republican circles as the “no-new-taxes” pledge — famously said: “I don’t want to abolish government. I simply want to reduce it to the size where I can drag it into the bathroom and drown it in the bathtub.””

Rather than see government collect and allocate tax revenues for nonprofit programs and other services, conservatives (at least the compassionate ones) would prefer a return to the days when alms — voluntary philanthropic contributions — paid for “non-essential” public needs. In fact, while he was running for president in 2012, Mitt Romney argued that charitable contributions were the equivalent of taxes, a position also supported by the libertarian Cato Institute and others.

But where conservatives formerly might have seen a role for charity, Goldman Sachs and Morgan Stanley see new profit centers. They both have launched funds for investors to make a profit by replacing government funding for nonprofit programs.

Goldman, with the blessing of Bloomberg Philanthropies, pioneered the SIB concept here in the United States and is already asserting, without any evidence, that it will achieve positive outcomes for the participants in a New York City program designed to reduce recidivism among the city’s juvenile offenders — and savings for municipal government.

To be clear, the program in question — and a host of others that might be financed by social impact bonds — have a good chance of producing salutatory outcomes. But the question society must answer is how we wish to fund them.

This article first appeared on the Foundation Center’s Philantopic website