While Pope Francis was travelling and preaching about social injustices, poverty, corruption, colonial wars and exploitation in Ecuador, Bolivia and Paraguay, an important group of people and organizations were meeting in Rio de Janeiro, Brazil to discuss what is social justice philanthropy, and how to advance it. The first international conference of the Brazilian Network of Independent Funds for Social Justice and community foundations struggled during three days to find a conceptual common ground for their work and strategies to advance their cause. Although the members of the network and other invitees share the desire to promote social justice through their grantmaking by addressing the roots and not just the symptoms of the social problems facing Brazil, it became evident that the challenges require more than good intentions.

Although they are together under the framework of the network, the independent funds and community foundations are not the same. The first focus on issues like racism, human rights, women and the environment while the latter focus on specific geographical areas. Since there is no data on the impact of their grantmaking it is hard to compare the two groups. One may suppose that what brings them together is the fact of not being corporate or family foundations, most of which are associated with GIFE (Group of Institutes, Foundations and Enterprises). 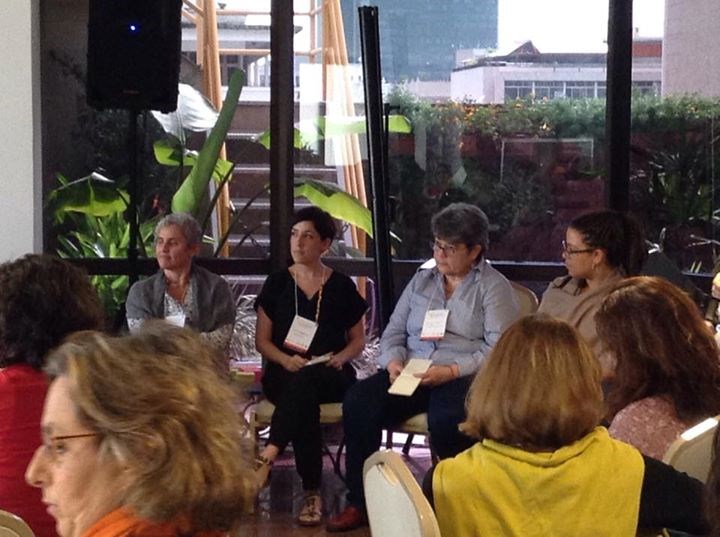 In the effort to picture their identity, some elements that distinguish them did come to the surface:

All these characteristics, it was recognized, are not yet clearly perceived by the population: a new narrative, new symbols and a new language for communication are urgently needed. Separated into groups, the participants started to identify strategies to expand their work and to communicate more clearly what their work is about.

In summary, among the various issues that were discussed, it seems to me that identity, communications and resource mobilization are the most important challenges faced by the network in order both to improve their own work and to expand the field of philanthropy at large. Advancing social justice philanthropy goes together with recreating a new culture of giving, generosity and solidarity among larger sectors of the Brazilian population. A first step was taken in the right direction.

Andrés Thompson is coordinator and co-founder of the project ELLAS on Women and Philanthropy at CEDES (Argentina) and a member of the Fondo Región Colonia (Uruguay).