EFC Conference 2014: Societies in Transition: The value of philanthropic investment in community development 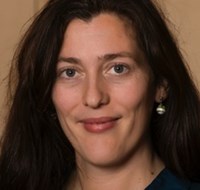 After a copious lunch at Hotel Europe, quite a number of people gathered in room 4 of Sarajevo University to hear Vesna Bajsanski-Agic from Mozaik Foundation, Markus Lux from Robert Bosch Foundation, Joao de Almeida from Gulbenkian Foundation and Amina Ben Fadhl from FIKRA engage into an animated conversation with each other, the audience and the moderator Benjamin Bellegy from Fondation de France.

Whether working in North Africa, Southern- or Eastern Europe, it seems like all European societies are currently in transition. But transition to what? New democratic practices? New models of engagement? New ownership and responsibilities? Essentially, all panelists agree that in order to positively contribute to (the improvement of) democratic societies, it is important to look at individual values and attitudes. To both learn from the (often unheard!) voices of the communities these foundations work with, as well as empower them by acknowledging their change-potential. This means that aside from giving financial capital, foundations should invest in enhancing the levels of trust; offer professional development opportunities and encourage entrepreneurship; and sometimes even (temporarily) take over the role of the government such as offering basic needs (the example of giving water to a remote Tunesian community was mentioned). All this requires a solid, genuine interest and connection to the communities; the courage to admit failures and learn from these (as Joao de Almeida put it, ‘like in the medical world, where the failed experiments are vectors towards the successful ones, we should start doing evidence-based-philanthropy too’); and finally the creativity to bring forward solutions when the current urgency requires so. In other words: listening, experimenting and improvising are crucial. Furthermore, the idea of collaboration between foundations was mentioned. Why not bundle forces rather than create competing philanthropic organizations? There are some successful examples, such as the European Fund for the Balkans (a consortium of various foundations) – yet there is much more that can be done. And perhaps the EFC AGA should be the moment when these kind of collaborations, synergies and strategies are made between foundations sharing similar ambitions and whose modus operandii could complement each other.