Some reflections on the EFC Conference 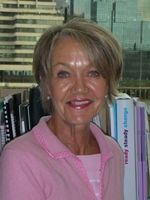 Great session on universal basic income – perhaps in a conference on social justice we might talk a little more about income inequality?

From the learning session: distinguish between solving mysteries and solving puzzles, and between learning what works (and when) and what the foundation added in that process.

Is the important point to ask the right questions (constantly) rather than carve the answers in tablets of stone?

Did you know that in 2009 UNHCR received only one grant from a foundation for its European advocacy work?

‘Loss is what unites those who see their securities, their truths, their way of life going under. That might be Republican Belfast of white working class rural or urban England. You have to engage with that’.

In a taxi discussing risk taking: the driver remarked ‘You’re talking about risk taking and you’re staying here at the most bombed hotel in Europe?’

‘The Europa hotel – the closest I’ll ever get to sleeping where Bill Clinton slept’.

In the lobby ‘the highlight of this conference was seeing Barry McGuigan in the lounge’.