Storytelling is the new form of advertising

The EFC EFComex Session Wednesday 20th May explored a communications landscape that is rapidly changing and increasingly web driven; a landscape that foundations and NGOs need to engage with and compete in.

While cutting edge developments in digital media may be on everyone’s lips, content remains firmly king and organisations need to adapt to the new ways in which that content is being consumed.

Elena Schiaffino from the Engitel SpA Web Agency described a critical difference emerging between an organisation that talks about itself and one which tells a story, “Storytelling is the new form of advertising”. 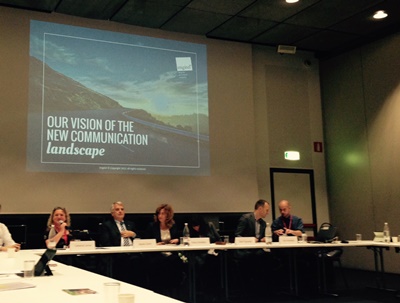 Consumers are increasingly attracted to emotionally-driven content and according to Elena, within two years videos will account for 74% of overall internet traffic. The critical timeframe to engage with users through internet-consumed videos is 15-30 seconds.

This is an important indicator for the Foundation and NGO sector seeking more effective ways to engage with their audience. We have lots of compelling stories to tell but how best to tell them?

There also needs to be synergy between organisations’ online and offline identity as discussed by Marit Fagnastol, Sparebankstiftelsen DNB. Inconsistent language and messaging across communications channels can cause distrust. Web communication cannot be an ‘add-on’. Our storytelling needs to be fluent, from face-to-face interaction through to our digital media channels. This is not a ‘copy and paste’ approach from one channel to another but an increasingly sophisticated adaptation of the ‘story’ across different media which do not function in isolation but interact and make up the full picture.

We need to adapt to an increasingly fast-paced landscape of social networks, sleepless media cycles; and with so many competing messages, shorter attention spans.

The EFC is hosting the European Learning Lab 2015 starting in June in collaboration with Fondazione Cariplo, for a more indepth exploration of strategic communications practices for foundations. http://www.efc.be/professionaldevelopment.