Survey: What has had the greatest impact on philanthropy over the last 25 years? 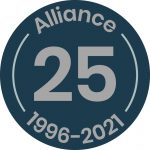 As part of Alliance magazine’s anniversary celebrations, we want to know your views on the greatest philanthropic initiatives over the last 25 years.

As a part of a survey running this month, we’re asking:

The results of the survey will be published in our upcoming 100th issue in September.