SwissFoundations, the association of Swiss grantmaking foundations, has appointed Richard Brogle as its new managing director. Brogle has served as the CEO of the Drosos Foundation in Switzerland for 8 years and will join SwissFoundations on 1 June. 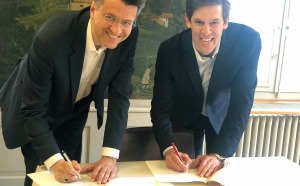 Until Brogle takes up his post in June, the two SwissFoundations offices in Geneva and Zurich will be managed on an interim basis by Aline Freiburghaus, Head of French-speaking Switzerland, Katharina Guggi, Communications & Digital Strategy, and Montserrat Bellprat, Members & Events.