The fog of Myanmar

From the June 2014 issue of Alliance magazine.

The world is flying to Myanmar. Roughly four years ago the military regime governing the country entered into economic and political liberalization after decades of inhumane repression. In February alone, three major philanthropic networks travelled to Myanmar to investigate social investment opportunities on the ground. The Philanthropy Workshop (TPW) was one of them.

Perhaps what makes TPW trips unique is that our goals are to evaluate contexts, models and the full range of programmatic issues. We do not favour any one model. Our travellers engage in critical assessment of all aspects of development and often come away from our trips with more questions about a country than before they went. 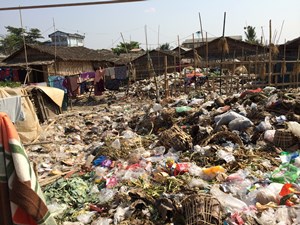 (Pictured: one of the villages in Myanmar that TPW visited, largely inhabited by IDPs from Cyclone Nargis.)

The many social leaders we met in Myanmar fall roughly into two groups. On the one hand, the social activists, individuals and organizations who have been at the forefront of sporadic street protest and other forms of agitation, having endured long periods of political imprisonment. Their presence is a constant reminder that the regime cannot be trusted.

The other group, those working on innovative solutions and approaches, was more interesting to TPW. These social entrepreneurs are working in many areas: conflict reduction, environmental protection and mobilization, agriculture and poverty alleviation. In almost all cases, they reminded us of some key tenets of effective philanthropy: one must take the long view, use all the resources available, and be innovative.

Taking the long view
For years before military rule, Myanmar’s ethnic states have conducted a quasi-independence movement to protect their resources and identity. Since the 1960s, one woman we met has worked to bring an end to the many parallel conflicts among these groups and the regime. The recent liberalization has allowed her to take the innovative approach of requiring all states and the regime to work out a national ceasefire arrangement in place of the traditional bilateral agreements between the states and the regime, which tended to create more conflict. Her quiet backroom facilitation is striking in a place where charismatic voices are best known. She describes the current liberalization as an inflection point in the conflict, but there is still much work to be done.