Andy joins Impetus-PEF from the Africa Governance Initiative (AGI) where he was Deputy CEO, helping the organisation double in size, enter new countries and build high profile global partnerships. Before joining AGI, Andy was Senior Policy Adviser for Education in the Prime Minister’s Strategy Unit up to 2009, focusing on developing policy on social mobility, secondary schools, parenting and skills.

Impetus-PEF partners with promising charities and social enterprises which serve disadvantaged young people in the UK, providing them with a combination of sustained management support and long-term core funding. 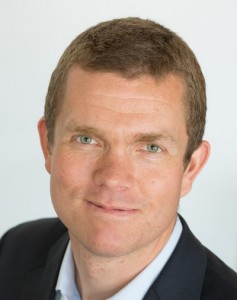 Johannes Huth, Chairman of Impetus-PEF said, ‘Andy has impressive and diverse experience, and from his time working in government he possesses detailed knowledge of the policy issues that affect the disadvantaged young people Impetus-PEF works with, which will prove invaluable to our future work.

Andy’s passion and commitment to helping young people improve their life chances through education and employment was demonstrable and the team at Impetus-PEF look forward to welcoming him in April.’

Of his new role, Andy said:  ‘The simple fact is that we’re letting down millions of young people in this country. Too often they aren’t given a proper chance to fulfil their potential in work or in education. That’s morally wrong. And it’s economically disastrous as we waste billions of pounds in untapped potential every year.

The problem is deep-rooted and complex, so it’s going to take more than good intentions to fix it. It’s going to take innovation, risk taking and hard-edged analysis. That’s where Impetus-PEF comes in –helping the most powerful approaches and organisations to get even stronger, to grow and to touch many more lives.

Impetus-PEF is at the cutting-edge of tackling one of the biggest social and economic challenges of our time. That’s why I’m honoured to join the Impetus-PEF team.’