Time to discuss the culture of giving in Brazil 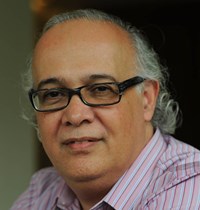 When the history of private social investment in Brazil is told in two or three decades, there may well be a chapter dedicated to the great challenges faced at the beginning of the 21st century. (In Brazil and in many other countries in Latin America, private social investment is defined as the voluntary and strategic allocation of private resources, whether financial, monetary, human, technical or managerial, for public benefit.) Essential to a wide range of discussions is the development of a deeper understanding of the meaning of philanthropy – in other words, the culture of giving.

In Brazil, philanthropy has various connotations, as a field that has gained more and more attention since the 1990s, frequently calling for adjustments of focus and new perspectives. The concept of giving, for example, is often associated with welfare provision and characterized by unequal relations among actors. For some, it also represents a form of social disengagement, ie for those who prefer to pay rather than participate or act, or to ‘give fish, rather than teach how to fish’.

But it is possible to expand on and revisit this perspective, questioning its assumptions. First, because giving cannot be reduced to money. One can also donate technical and human resources. Likewise, donations are generally associated with the causes we, as companies, elect to support. Donating is not a form of omission but a way of recognizing social agendas, legitimizing them and, especially, strengthening the social actors involved.

This is particularly important when it comes to organizations working in the field of human rights, which are pretty fragile in Brazil, considering the social, economic and political context, even though their demands are now more visible to society, such as the right to education and health.

When we dedicate resources to promote human dignity, we are actually recognizing Brazilian citizens as having a series of rights that contribute to the development of society as a whole. This is clearly not a paternalistic vision, as it immediately makes all the actors involved co-responsible in the process. Therefore, as an act based on altruism, giving is also participating.

However, in order to achieve greater participation, donations must serve a more horizontal relationship and boost dialogue between grantmakers (social investors) and grantees (social organizations). Additionally, it is necessary to raise the awareness of private social investors so that their participation does not create a transactional relationship between companies (directly or through corporate foundations) and grantees, marked by the providing of services.

There are other important issues to be addressed if the concept of giving is to be broadened. One is the need for a clearer distinction between the nature of corporate business and the role and agenda of corporate foundations: there should be limits to this convergence as well as opportunities. One of the most common facets in the distortion of roles is the use of corporate foundations to compensate for the effects of the company’s direct actions. If we argue that private social investment needs to transcend the limits of a company’s direct activities, in practice this also means that companies themselves must compensate for their impact on their surroundings.

Another related discussion is about the application of legal mechanisms for tax exemption. It is 100% legitimate to wisely use the proceeds from tax exemptions for the common good. But one can’t claim to be a private social investor and, at the same time, limit the act of giving to financial resources that come from tax exemption.

The culture of giving thus raises fundamental questions about social action. We need to know what moves us, understand the context of the action, know what is intended and what the consequences will be of the resources we provide. Thinking about these things is an excellent way for companies and their shareholders to begin to understand private social investment and its importance to Brazil and other countries.

Paulo Castro is an economist and executive director of Instituto C&A of Brazil.