According to a new report published by the Clean Air Fund, just $273 million in grant funding went directly to tackling outdoor air pollution between 2015 and 2019. This sum represents a ‘tiny fraction’ of development funding overall, say the Clean Air Fund, and it ‘falls far short’ of what is needed when 90 per cent of the world’s population are exposed to air quality that is damaging to their health. 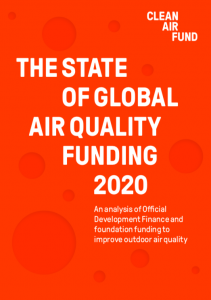 Air pollution has been described as a major risk to public health by the World Health Organisation. According to Clean Air Fund – who launched in 2019 but are already poised to become one of the largest funders in the air quality space – more money and collaboration between those funding efforts to tackle air pollution could save countless lives and deliver a wide range of health, environmental, and development benefits.

The call is supported by United Nations Secretary General Ban Ki-moon and comes as the UN marks its first International Day of Clean Air for blue skies.

‘The clean air movement is at a tipping point. Outdoor air pollution is responsible for over 4 million deaths every year. It shares many of the same causes as climate change, for which we are dangerously close to a point of no return. At the same time, political will to tackle air pollution is rising. In this context, this report gives an important basis for targeting funding where it is most urgently needed and allows funders to see who else is working on similar or complementary projects,’ said Ki-moon, who is also the Chairman for the Republic of Korea’s National Council of Climate and Air Quality.

The report, The State of Global Air Quality Funding, provides a global overview of funding for air quality initiatives, and the first assessment of Official Development Finance for this issue.

A small percentage for an intersecting issue

According to an estimate from the ClimateWorks Foundation, total philanthropic funding on climate grew to around $1 billion in 2018, up from $400 million in 2013. In the same period, specific funding for tackling air pollution was only a small percentage – and an even smaller percentage of total development spending. 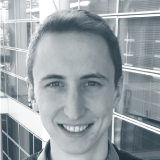 Though air quality funding is just a fraction of total philanthropic spending on climate, according to the Clean Air Fund Portfolio Manager and report co-author Matt Whitney, ‘almost any grant to tackle climate change (i.e. reduce CO2 emissions), will in some way be likely to have an impact on air pollution emissions.’

Of the funders working on the issue, Whitney shared that two-thirds of funding on air quality come from foundations with a focus on climate and the environment. Only three per cent of total grant-making was found to come from donors with a focus on health, though the health effects of air quality have become increasingly apparent, especially during COVID-19. Exposure to toxic air has worsened the health of communities globally, leaving millions predisposed to the most severe impacts of the disease.

A critical window of opportunity

Right now, there is a ‘critical window of opportunity’ when it comes to addressing air pollution, said Clean Air Fund. Though so far, specific funding and efforts have been limited, there are many potential opportunities for collaboration between philanthropic and government-funded efforts to tackle different elements of the problem.

Governments tend to focus on implementing technical solutions, whereas foundations increasingly look towards data and research which can improve understanding of the problem and support effective policies, noted Clean Air Fund. These approaches can be strongly complementary, so greater cooperation would ensure maximum overall return on the funds invested, the report found.

The report also found that action on air quality would deliver on multiple Sustainable Development Goals at once. For donors, the efficiency of their funding should be a large draw, and for grantees, the breadth of their impact should be clearly demonstrated. 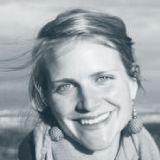 ‘Clean air action simultaneously provides an opportunity to improve public health, children’s development, equity, and the environment, whilst also contributing towards climate change mitigation given the causes of these two global challenges are often the same,’ said Clean Air Fund Analyst and report co-author Amy Hooper. ‘This is one of the reasons why [Clean Air Fund] is currently supported by a diverse array of funders from the health, climate, childhood development, and mobility sectors. We do find that investing in clean air offers an appealing angle for funders who wish to tackle a range of issues, including climate change.’

So glad that you're drawing attention to this critical but too-often-overlooked aspect of the climate crisis. The Clean Air Act of 1956 and its implementation are a great example of how political will-power with appropriately allocated resources can bring about lasting change. London's air may not be perfect, but 6 million Londoners are not living in a cloud of smog today thanks to the actions of their grandparents' generation. https://friendsoftheearth.uk/clean-air/london-smog-and-1956-clean-air-act