The non-profit sector in the U.K. has been making leaps and bounds in recent years, with constant growth across the sector. The Association of Charitable Foundations’ (ACF) latest edition of the Foundation Giving Trends report reflects this trend and highlights a number of others among charitable foundations.

In continuation with the previous two years, grant-making has continued its climb, reaching a record high of £2.9 billion pounds. Income also increased amongst the top 300 foundations in the sector, growing at an average rate of 4.4 per cent. 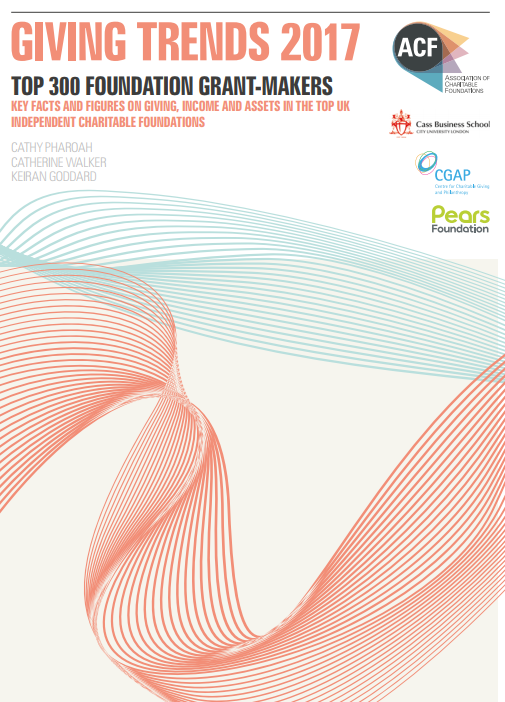 This is indicative of a larger trend within the sector to continue growth and spending on grant-making and charitable giving.

The increases in grant-making demonstrate a growth rate of 12 per cent over the last year, accompanied by a nearly 11 per cent increase in overall spending within the sector.

Investment income also grew in 2016 by a total of 5.5 per cent, more than double the rate of voluntary income, which grew at a rate of 1.9 per cent.

This means that foundations largely drew more on their capital growth and investments to fund their spending, despite showing growth in both investment and voluntary income.

Of the 300 top foundations in the non-profit sector, 63 per cent, or 189 foundations, are family foundations. These are foundations that are funded principally by the personal gift of an individual donor, family business, or family member.

Overall, family foundations experienced a staggering growth of 19 per cent in 2016 if the Wellcome Trust – a large but relatively stable trust within the sector accounting for a sizeable portion of charitable giving – is excluded from the calculation; that number drops to a total of 13 per cent when the Wellcome Trust is included.

However, for the last two consecutive years, voluntary income has decreased among family foundations. This seems to suggest a period of reduced major giving to foundations. It is, however, entirely possible in the rapidly changing landscape of philanthropy that philanthropists are using alternative vehicles for charitable giving in recent years.

It is also worth noting that a number of family foundations have made the decision to ‘spend out,’ or use up all of their assets over a defined period of time. This could be done for a number of reasons: the foundation believes they have achieved their objectives, the cost of maintaining the foundation does not represent and efficient use of funds, or that the founder has died. Whatever the reason, ‘spending out’ may play a significant role in explaining the discrepancy between the income and spending of family foundations.

Corporate foundations, on the other hand, gave grants totalling £269 million in 2016, reflecting a growth in spending of 9 per cent.

Overall, it is reasonable to assume that charitable giving will continue to grow in the coming year. With changes in the architecture of the non-profit sector, it will be interesting to observe their effects on overall spending. Nonetheless, one should expect to see noticeable developments in the structure of charitable giving.