What needs to happen in order for funders to accelerate community-led change?

This article is part of a series of articles about Community Led Philanthropy, co-hosted by GlobalGiving. The conversation explores the ways philanthropy can support community-led change.

NGOs can be a strong partner in accelerating community-led change. Unfortunately, they are often driven by the funding trap making them another source of power and funding that stands in the way of community leadership. We have found that changing this dynamic means prioritising support for community groups and their organising processes.

It’s a beautiful day as usual on a small island in Mexico’s Gulf of California where families have fished for a living for more than 100 years. For over a decade, this rocky island has become part of a marine protected area. 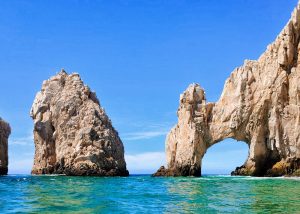 Gulf of California in the Pacific Ocean. Photo credit: Unsplash

That should be good news since the villagers want to protect their fishing grounds. But large NGOs have moved in, using local community-led organisations as ‘samplers’ to provide data for their programs and to teach communities to protect marine life. This responsibility has resulted in conflicts with fishermen from other communities who came to fish in the area. And meanwhile, new pressure has mounted to ban fishing altogether.

This version of ‘gentrification’ pits largely well-meaning conservation NGOs against the very communities they hope to serve or work with. As one community activist on the island said, ‘we don’t want them here anymore. We don’t trust them.’

If we want to accelerate community-led change, it is very important to understand that what and who we fund creates its own power dynamics. Local communities often struggle for say over their own resources and programs against government and corporate power. Now they often also must contend with well-meaning and well-funded NGOs, acting in similar ways and often driven more by their own goals than by the priorities of the communities where they work.

Fundamentally, community groups in Mexico know that as soon as the money comes in, they lose control. Money is the manifestation of this power imbalance.

In the case of NGOs, the money trail often leads back from a state or national NGO to an international funder. Without some balance, funding can and does create new power gaps that stand in the way of community-led change.

Accelerating community-led change means that funders need to be aware of the organising processes that are at play.

At FASOL we have been funding grassroots groups for years to increase their voice in policy making and their ability to stand up for their needs and priorities. We have found there are no shortcuts. Community groups need to make their own mistakes and lead on their own successes. They need to have the ability to work with other groups, link to information and resources through networks and build relationships—with the larger NGOs, academics, and scientists—that are forged in respect for their knowledge and capacity; not the other way around.

Accelerating community-led change, thus, means that funders need to be aware of the organising processes that are at play.

How are community-led groups part of larger social or environmental initiatives? Are they playing leadership roles? Can projects evolve as they learn what works? Will they result in stronger organisation in the communities in which they are situated? Are these communities contributing their own ideas and building on the knowledge and experience they have or are they just recipients or, worse, roadblocks to the accomplishment of larger goals?

Many NGOs have ignored these considerations. Some have become experts at using the language of participation, declaring that ‘the communities want our project and are on board.’

Moving beyond lip-service is both possible and rewarding. Here are some practices that we have found pay off in stronger community-led change. They all require a commitment to strengthening processes by building greater trust and capacity in the system for communities to lead:

To accelerate community-led change we must adapt the way we work with NGOs to get stuff done. We need to support good organising processes in which communities have the power to conceive their own objectives and to gain the experience of working towards these ends. They must be the ends, not the means of what we do.

Scott Dupree is an international civil society consultant through Civil Society Transitions with extensive experience in helping build and strengthen civil society organisations in Southern Africa, Brazil, Mexico, Southeast Asia and the United States. Artemisa Castro Felix is one of the founders and the executive director of Fondo Accion Solidaria, a philanthropic organisation that promotes socio-environmental justice in Mexico among grassroots groups.