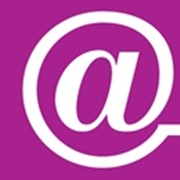 ‘Can This Crew of Aspen Institute Big Shots Show the Way on Philanthropy?’ This is the question posed by David Callahan, writing on the Inside Philanthropy blog.

‘Aspen has never had much difficulty rounding up high-level folks for its working groups,’ he reports, ‘and the 2014 roster of the Aspen Philanthropy Group, which just met last week, is a case in point. It includes the chiefs of the following foundations: Carnegie, Gates, Goldman Sachs, Heron, Hewlett, Intel, Irvine, Kaufmann, MacArthur, MasterCard, Margaret Cargill Philanthropies, New Orleans Foundation, Packard,  OSF, Rockefeller, and the Rockefeller Brothers Fund.

‘A few non-foundation folks are also in the mix, representing Bridgespan, the Foundation Center, FSG, and the Philanthropy Roundtable.

‘So: Who’s missing from this group which bills itself as “a small gathering of leaders in philanthropy and civil society who are at the cutting edge of social change?”

‘I guess the answer depends on how you define “cutting edge.” But it seems that nearly any definition would encompass a range of players in philanthropy who aren’t part of the Aspen group.’

Click here to read more and find out who’s missing>