Why Al Jazeera will not say Mediterranean ‘migrants’

This post originally appeared on the Al Jazeera blog. The original article can be found here>

Imagine waking your children in the morning. Imagine feeding and dressing them. Imagine pulling a little girl’s hair into a ponytail, arguing with a little boy about which pair of shoes he wants to wear.

Now imagine, as you are doing that, you know later today you will strap their vulnerable bodies into enveloping life jackets and take them with you in a rubber dinghy – through waters that have claimed many who have done the same.

Think of the story you’d have to tell to reassure them. Think of trying to make it fun. Consider the emotional strength needed to smile at them and conceal your fear.

What would it feel like if that experience – your frantic flight from war – was then diminished by a media that crudely labelled you and your family “migrants”?

And imagine having little voice to counter a description so commonly used by governments and journalists.

The umbrella term migrant is no longer fit for purpose when it comes to describing the horror unfolding in the Mediterranean. It has evolved from its dictionary definitions into a tool that dehumanises and distances, a blunt pejorative.

It is not hundreds of people who drown when a boat goes down in the Mediterranean, nor even hundreds of refugees. It is hundreds of migrants. It is not a person – like you, filled with thoughts and history and hopes – who is on the tracks delaying a train. It is a migrant. A nuisance.

It already feels like we are putting a value on the word. Migrant deaths are not worth as much to the media as the deaths of others – which means that their lives are not. Drowning disasters drop further and further down news bulletins. We rarely talk about the dead as individuals anymore. They are numbers.

When we in the media do this, when we apply reductive terminology to people, we help to create an environment in which a British foreign minister can refer to “marauding migrants,” and in which hate speech and thinly veiled racism can fester.

We become the enablers of governments who have political reasons for not calling those drowning in the Mediterranean what the majority of them are: refugees.

We give weight to those who want only to see economic migrants.

The argument that most of those risking everything to land on Europe’s shores are doing it for money is not supported by the facts. 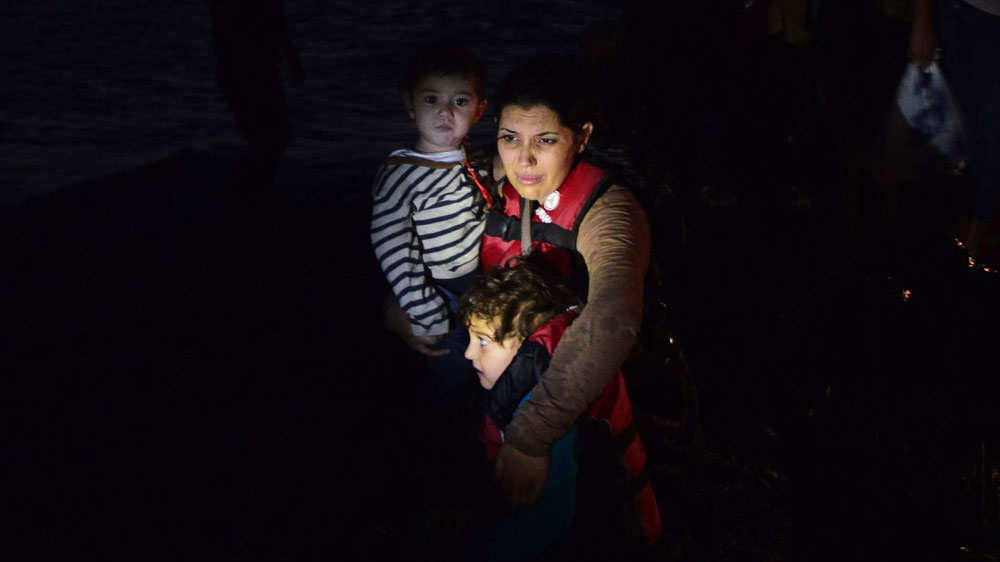 According to the UN, the overwhelming majority of these people are escaping war. The largest group are fleeing Syria, a country in which an estimated 220,000 to more than 300,000 people have been killed during its appalling and escalating war.

Many others come from Afghanistan, Iraq, Libya, Eritrea and Somalia – all places from which people are commonly given asylum.

There is no “migrant” crisis in the Mediterranean. There is a very large number of refugees fleeing unimaginable misery and danger and a smaller number of people trying to escape the sort of poverty that drives some to desperation.

So far this year, nearly 340,000 people in these circumstances have crossed Europe’s borders. A large number, for sure, but still only 0.045 percent of Europe’s total population of 740 million.

Contrast that with Turkey, which hosts 1.8 million refugees from Syria alone. Lebanon, in which there are more than one million Syrians. Even Iraq, struggling with a war of its own, is home to more than 200,000 people who have fled its neighbour.

There are no easy answers and taking in refugees is a difficult challenge for any country but, to find solutions, an honest conversation is necessary.

And much of that conversation is shaped by the media.

For reasons of accuracy, the director of news at Al Jazeera English, Salah Negm, has decided that we will no longer use the word migrant in this context. We will instead, where appropriate, say refugee.

At this network, we try hard through our journalism to be the voice of those people in our world who, for whatever reason, find themselves without one.

Migrant is a word that strips suffering people of voice. Substituting refugee for it is – in the smallest way – an attempt to give some back.