Will India’s 2014 Budget create an enabling ecosystem for enterprises? 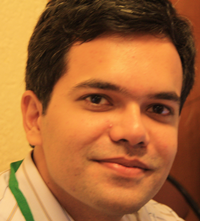 During the recent launch of a news outlet in India, former chairman of Microsoft India, author and impact investor Ravi Venkatesan opined that enterprises catering to low-income markets were no longer part of ‘Act 2’. ‘It has grown into a legitimate class of entrepreneurship, not something you do after you make your first billion,’ he said.

Such for-profit enterprises catering to low-income markets are increasingly gaining traction in India. However, despite the significant opportunity, scaling both operations and impact within these markets can be complex and risky. 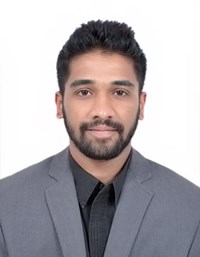 The initial 2014 Union Budget tabled by Finance Minister Arun Jaitley has focused on start-ups and entrepreneurs. However, it remains to be seen whether the overall requirements of entrepreneurs working in low-income markets have been considered and whether the budget truly creates an enabling ecosystem for all start-ups.

Despite a broad mix of capital from grant makers, philanthropists and impact investors flowing into low-income markets, enterprises in the pilot and prototype phase continue to struggle to access much-needed capital.

In order to tackle this, the government announced the setting up of an INR 10000 crore (approximately USD16 billion) fund to boost capital flow towards small and medium-size enterprises. An additional INR 100 crores (approximately USD16 million) has been offered for the Startup Village Entrepreneurship Program, thus localizing employment opportunities.

This kind of financial engineering will help channel investment towards a greater number of enterprises working in low-income markets. However, there is a risk that the increase in capital flow will reduce the focus on investing in enterprises that create a positive impact socially and environmentally.

The recognition and promotion of early-stage investments and early-stage impact investors such as angel investors and impact funds through the development of appropriate policy measures and fiscal incentives has also been overdue.

Budget 2014 proposed that the time period for tax on short-term capital gains be increased from one year to three years. This was primarily done to discourage angel investors from making early exits to avoid attracting higher tax. It will also give entrepreneurs sufficient time to build their venture without the threat of an early exit from the investor.

Debt funding is critical to meeting the working capital requirements of enterprises that have achieved some scale in low-income markets. Traditional debt providers like banks, however, do not lend without collateral and at least a three-year operating track record. In an effort to support banks in creating capacity and capability in lending to such ventures, the government will provide institutional funding to farmers. This will happen through schemes such as the Bhoomi Heen Kisan, NABARD, the Long Term Rural Credit Fund, and the Rural Infrastructure Development Fund.

The government can further act to promote social ventures by encouraging banks to percolate lending down to the branch level with whom entrepreneurs interact the most.

Low-income markets are characterized by several challenges such as last-mile distribution, inadequate infrastructure and low disposable incomes. In such markets, enterprises need to constantly innovate in their own operations, and to look at establishing creative partnerships with NGOs, government bodies, corporations and community groups.

The proposed nationwide district-level Incubation and Accelerator Programme for incubation of new ideas will help entrepreneurs better establish such partnerships.

INR 100 crores (approximately USD16 million) has also been set aside for the ‘Agri-tech Infrastructure Fund’, which will be used to make farming more competitive and profitable. Given that most of India’s agriculture industry continues to be within rural low-income markets, this measure by the government is poised to have a significant positive impact in these communities.

History has shown us that enterprises that have achieved scale in both operations and impact in India have done so with access to early-stage equity capital and regular debt funding to meet their working capital requirements. Capacity-building support from the ecosystem is also instrumental in the success of such enterprises.

The 2014 Union Budget has introduced some interesting initiatives. Unlike governments in the recent past, the newly elected government in India has a clear majority in the lower house. Unfettered by the pressures of coalition politics, it is widely expected that these innovative and constructive measures aimed at kickstarting the Indian economy will have far-reaching, long-term benefits.