WINGSForum 2014: is data a universal benefit? 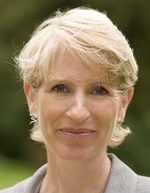 Sitting here in Istanbul at WINGSForum 2014 (27-29 March), the buzz around the miracles data can perform has reached a fresh pitch. WINGS is the trades union for all of us who spend our waking moments working out how to support philanthropy, so perhaps it’s not surprising. But data, it seems, is everywhere, with sessions on Data, Accountability and Transparency and The Global Philanthropy Data Charter – Because Data is Worth It, as well as Mapping the Global Community Philanthropy Field.

I have just moderated a break-out session on collaboration which looked at The Bridge Project which is tagging NGOs to come up with a universal system to categorize civil society organizations, and the Advancing Human Rights – Knowledge Tools project, which has so far logged around 65,000 human rights grants globally in a private database that is open to funders to enable them to find partners and to scope the field more effectively.

We all know that data is changing our lives and that we are only at the beginning of the revolution this will bring. Sometimes I feel like a country peasant of the early 19th century watching a steam engine thunder up my rural valley, aware that this will bring change, but not quite sure how.

There is no doubt about data trailing good in its wake in so many ways, from delivering effective healthcare cheaply to developing new ways to deliver education, to bring self-support and business opportunities to excluded and marginalized communities, and more grandly to solve some very complex problems.

But there is a worrying doubt at the back of my mind on this: data is not a universal benefit, it’s a tool that can be used for good or for evil. Philanthropy likes to think it uses it for good, but what happens when the data gets into other hands, what then? Will the Russian government use it to track every grant made to any civil society organization in the country, so that no one can operate without state sanction?  Might others follow this so that we end up with a world of GONGOs (Government owned non-governmental organization) such as China has seen, in effect an ersatz, licensed civil society only?  Could the US government use data to show how much money has been given by its citizens to a certain state or city, or to a certain cause, like cancer research, and reduce its own contribution accordingly?  Will Uganda use it to track down every LGBT activist in the country and lock them up or worse? Will Saudi Arabia use it to see who is meeting whom in which house and track them?

This isn’t happening yet, we seem to have a bit of breathing space, as Barbara Ibrahim said – when the Egyptian police came for the usual suspects recently they took the paper maps off the wall and attempted to use them as evidence against them. But unless we are aware of the potential for evil, I fear we won’t build in the kind of protections that might limit the damage or protect the data sources, who in our world are real people, living real lives in difficult conditions.  It’s not really an adequate answer to say, well the data will get out anyway, if that really is the case then all of us need to be less naive about the data we hand over and the way in which it is used.  This is not an argument against transparency, or against data, but it is an argument that will be used to argue against both unless it is addressed by the data holders and collectors.

I’m not tech savvy enough to know if there are ways to tackle this, protocols to cover this, or ways of copyrighting data so that it can only be shared so far, or blocked. But I know that if we don’t take this seriously and look at it openly and honestly, the first data disaster will lead to a loss of trust in the system as a whole and the potential benefits will disappear, leaving a number of extremely expensive bills, in both lives and money.