Woods, trees and the rise of African philanthropy 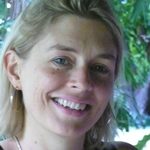 In the early 1990s, I spent a year living and working in Uganda. One day I was with some friends driving back from a trip to one of the beautiful game parks there. It was late afternoon and not long before darkness would set in. We decided to pitch our tents by the side of the long and sparsely populated road rather than drive on to the nearest town. As we started to unpack tents, stoves, pots and pans, a small group of people emerged, apparently out of nowhere.

They watched us, intrigued and probably rather baffled by all our camping gear. We exchanged greetings and one of them told us that they had been sent by the village elders to find out who we were and what we were doing. We were, it turned out, camping on land belonging to their community and so their interest was only natural. On our part, we were somewhat embarrassed by our assumption that our campsite was an empty spot in the middle of nowhere, when in fact it turned out that we pitching our tents in the middle of a community with its own members, leaders, systems and dynamics. Just because all of this wasn’t immediately visible to us in terms of name signs and billboards didn’t mean it wasn’t there.

I have often been reminded of that experience during the last 15 or so years I have spent working in the field of building local philanthropy in different parts of the world, and nowhere more so than in Africa. I am occasionally asked, ‘How many community foundations are there in the Africa?’ Well, if you count the institutions that call themselves ‘community foundations’, there are about 12. And if you applied the precise definition used by the Council on Foundations, then you’d probably come up with fewer than that. On a continent made up of 54 countries, these figures can start to look rather insignificant, the map rather empty.

But if you ask some different questions about the organized systems of grassroots giving and solidarity in Africa that have existed for generations or about the emergence of new and different institutionalized philanthropic forms over recent years – including women’s funds, local multi-stakeholder-type foundations, regional and national grantmakers as well as community foundations and community development foundations – the landscape looks quite different. Suddenly, those 12 community foundations no longer look so isolated and inconsequential. Instead, they can be seen as some of the more visible structures in an environment that is much richer and more complex.

While taxonomies in philanthropy are certainly important in helping to define and bring clarity to some of the different ‘families’ of institutions and practices that make up the field – and in contexts like the United States, these definitions have serious legal and tax implications that cannot be ignored – one can’t help wondering whether sometimes they also prevent us from seeing what is right in front of our eyes. By being overly simplistic in our search for clarity, do we in fact end up being unable to see the woods for the trees and become blind to whatever doesn’t fit into our neat definitional categories?

In our new report, A Different Kind of Wealth: A baseline of African community foundations, Barry Knight and I have attempted to lay a baseline for the African community foundation field, in all its diversity, and to contribute to a new African narrative that derives from both within and outside the continent. So yes, the US community foundation story, which dates back to 1914 and the creation of the Cleveland Foundation, is one part of this narrative. But so is the role of international development aid. Within Africa, the continent’s rich traditions of giving and mutual support are also important, but so are the failures of governance, particularly of governments.

We have sought to begin to tell an important story about a new generation of local philanthropic institutions emerging in Africa, some seeded with money from outside the continent, others entirely homegrown. But all seek to draw on local resources and tap into different forms of wealth, which include cash and property but also other intangible forms of social capital, such as trust and credibility.

Although the cluster may not be uniform in terms of the labels different organizations use to describe themselves (it includes those that might call themselves ‘community grantmakers’, ‘community development foundations’, or ‘women’s funds’ before they call themselves ‘community foundations’), they all share a commonality of ‘essence’ around the importance of assets, agency, and trust in driving a form of development that is ‘people-led’. It is in this context, where a strong community is one in which there are high levels of trust, where there is access to resources and assets, and where there are strong local capacities for organizing, that the term ‘community foundation’ really comes into its own as a force for transformation in the African context. Its connotations of local ownership of assets (both for and of the community) and of permanence (so not just another NGO running another three-year project) go far beyond any legalistic definition.

Many of the issues we raise in our report around the nature and potential of African philanthropy were up for discussion last week at the African Grantmakers Network’s second biennial conference in Johannesburg, South Africa, which was an inspiring and energizing event and evidence of a vibrant and expanding African philanthropic sector. One of the highlights of the event (and there were many) was the appearance of Graҫa Machel, a leading African stateswoman, the wife of Nelson Mandela, and the founder of the Community Development Foundation in Mozambique (another one of those institutions that doesn’t quite fit into a neat category).

Mrs Machel, who is in her late sixties, had just arrived back in Johannesburg off an overnight flight and came straight to the conference. She spoke forcefully – without notes – about her vision of African philanthropy, emphasizing the need for a new African narrative, highlighting the distinct nature of African philanthropy that goes beyond money to encompass solidarity and empathy, and predicting its potential significance in driving the continent’s development. Relying on external resources can only ever take one so far. After all, she warned the conference in closing, ‘Your neighbour’s granary will never fill your stomach’.

Jenny Hodgson is executive director of the Global Fund for Community Foundations. This article was first published on the Council on Foundations’ Re:Philanthropy blog.