The African landscape of philanthropy is embedded in a particularly traditional historical context.

In West Africa, in addition to tradition, the religious dimension of philanthropy is important in the sense that a very large proportion of practices are motivated by beliefs due to membership in a religious community.  This landscape has become even more diverse over time and today, the West African philanthropic ecosystem is characterised by the coexistence of very old traditions of giving rooted in cultures of solidarity and reinforced by a philosophy of shared humanity on the one hand, and modern types of philanthropic institutions, policies and practices on the other. 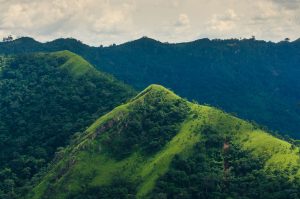 With a view to strengthening the philanthropy support ecosystem, TrustAfrica and WINGS have jointly embarked on a pilot project which aims to engage philanthropy networks, support organisations, funders, and other stakeholders in West Africa in a participatory process to better understand its challenges and opportunities, with a view to strengthening the sector, and to develop a roadmap for the autonomous and sustainable development of philanthropy. As part of its strategy ‘Shaping the Future We Want for Africa’, TrustAfrica works towards an ecosystem that builds the foundation for how African philanthropy can become a channel of resources for outsized impact in African development. The potential of an organised and cohesive support ecosystem in West Africa presents an important opportunity to build this field by connecting actors in the space using participatory approaches.

The kick-off meeting, being the first phase of the process, was an opportunity to bring together stakeholders to discuss the challenges and opportunities related to the philanthropic ecosystem in the region, particularly in the pilot-focus countries of Côte d’Ivoire, Ghana, Nigeria, and Senegal. This came at the right time, in a more than appropriate context. Indeed, the philanthropic ecosystem in West Africa has a wide range of opportunities to explore. In the 5 pilot countries, the research showed that solidarity actions of traditional origins are the most widespread. In fact, the historical context of the ecosystem is in itself a great opportunity in the sense that the culture of solidarity and mutual aid, as is the case in Senegal and Nigeria, has become a habit among the populations. Moreover, the increase in the number of High-Net-Worth Individuals (HNWI) and their intention to create social impact through foundations or individual actions represents a very important section of this ecosystem.

In Senegal, in addition to culture, religious solidarity has reached an important dimension. In fact, it is the only country among the five, where we can find the institutionalisation by the government of a Muslim religious practice called Waqf. Other opportunities include the impact of the diaspora through social remittances (e.g. Ghana); the institutionalisation of traditional philanthropy with the creation of community foundations and Corporate Social Responsibility (e.g. Burkina Faso); the increase in corporate foundations and the introduction of corporate social responsibility; and the use of technology with the digitalisation of certain practices such as fundraising. It should also be noted that West African governments are increasingly involved in strengthening the support ecosystem by initiating regulatory and support mechanisms such as tax incentives with tax deductions for companies or other private persons.

Notwithstanding all its opportunities, there is no doubt that the philanthropic ecosystem faces many challenges, the most pressing of which is the issue of identity and the overall narrative.  Indeed, some Africans and non-Africans not only have a rather narrow view of what philanthropy is in Africa but also see the term ‘philanthropy’ as essentially institutional. The African definition of philanthropy in general, and in West Africa in particular, includes any act of individual, institutional or community solidarity that has a positive social impact on a community. It is therefore clear that an appropriate narrative that reflects our entire ecosystem is needed.

In addition to the issue of identity, the question of representativeness is also important. Indeed, the decision to focus on West Africa is based on the fact that the region is less represented in regional philanthropy networks, and that the ecosystem supporting philanthropy is less evenly distributed and developed, particularly between French and English-speaking countries. It would make sense for support organisations to work together to form networks that can not only support this ecosystem but also represent it in regional or wider forums. These alliances will also facilitate advocacy at the national level to influence governments to improve the conditions for the creation and existence of support organisations and implement a support and protection mechanism to accompany them. Among other challenges, we can also note the need to revamp legal instruments, notably by updating pre-existing laws and adopting new texts that will consider the context and new practices.

Philanthropy has been an integral part of African culture with its essence being around generosity of spirit and a sense of responsibility to the humanity in each other. At TrustAfrica, we continue to explore and deconstruct the narratives that most closely reflect the experience and expression of philanthropy in the African context, and are excited about partnerships which allow us to do this as a collective and in a way that authentically speaks to this experience.

Rouguiétou Khady Sow is a Programme Associate at TrustAfrica.

This piece was originally published by WINGS on 29 June 2022. It is being reshared in Alliance with permission.