Millennial women are moving philanthropy forward with a more social and inclusive stance towards giving, suggests a study by Fidelity Charitable, one of the largest donor-advised funds in the US.

The study, Women and Giving, compares the giving practices of baby boomers – people born between 1946 and 1964 – to that of millennials. It is based on a 2016 survey conducted among 1,706 women in the US who have donated to charities and claimed itemized charitable tax deductions on their 2015 tax returns. 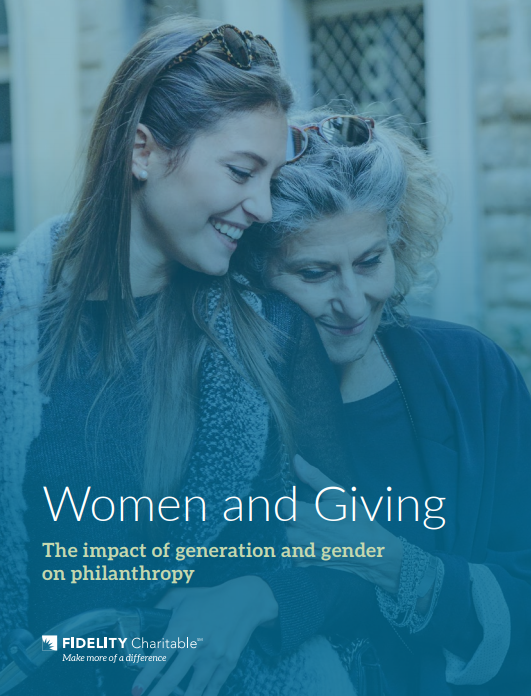 According to the survey millennial women are open to trying new forms of giving, including crowdfunding and giving circles.

The baby boomers prefer to stay with traditional methods of giving such as fundraisers and donations to non-profits.

However, older women are more confident and strategic in their philanthropy. Seventy-two percent are satisfied with their giving, compared with 55 percent of millennials.

Boomers are also more strategic, as only 62 per cent answered that they are more motivated to give by their heart than their head. Comparably, 75 per cent of millennial women let their heart lead.

For the millennials, philanthropy is a topic of conversation that they use to encourage others to support the same causes as them. Over half of millennial women discuss their giving habits with others, while 70 per cent of boomers said they never discuss the organizations they support.

For the most part, both generations had the same top causes they give to, with number one for each being hunger and access to nutrition food. Notably they differ on their support for developing treatment or cures for a disease, with 42 per cent of boomers listing this as their top cause, compared to 28 per cent for millennials.

The younger generation are more likely to support organizations that help expand opportunities for women and girls, with 21 per cent of them counting this as their top cause. Only one in 10 boomers considered it their top cause.

Over half of the younger generation split their concern between international and domestic issues, compared to 38 per cent for boomers. In addition, the boomers are more focused in their giving with 67 per cent supporting a limited number of causes, while 55 per cent of millennials support a wider variety of causes.

Amanda Aguilar is a student at the University of California, Davis, and is an editorial intern with Alliance.