What is the role of philanthropy in lobbying and policy-making?

What is the role of foundations and philanthropy in forging a new social contract between civil society and big tech?

Feminism as a priority area in migration

From the shock of Brexit in the UK to the surprise election of President Trump in the US and the ensuing massive global mobilization of women’s marches in early 2017, populist movements are achieving unexpected political success around the world. In this time of upheaval, philanthropy is exploring its response to rapidly changing national contexts.

The infrastructure groups representing and leading foundations globally are working to redefine their roles and responsibilities amid intense political change, which can be especially challenging when foundations reflect growing political divisions and are themselves divided.

In the following pages, philanthropy infrastructure groups in the US, Canada, Brazil and the UK reflect on the impact of populist political movements in their countries and how their organizations are responding. Across diverse political contexts, these associations collectively see four main roles for philanthropy associations globally:

In Mexico City earlier this year, philanthropy support organizations, foundations, civil society representatives and responsible business leaders from 44 countries gathered at the WINGSForum. In the Mexico City Declaration of 24 February, they condemned the rise of hate speech and the closing of civil society across the world.

They committed themselves to opposing these trends and to using the power of philanthropy to mobilize the social, intellectual and material resources of our global community and leverage partnerships, and called on others, as we do here, to do the same. The reflections offered here developed out of a panel at the WINGSForum on the same topic.

The 2016 US presidential election launched our country into uncertain and challenging times. The result surprised most, including many in philanthropy, leaving our sector and much of the country divided ideologically. 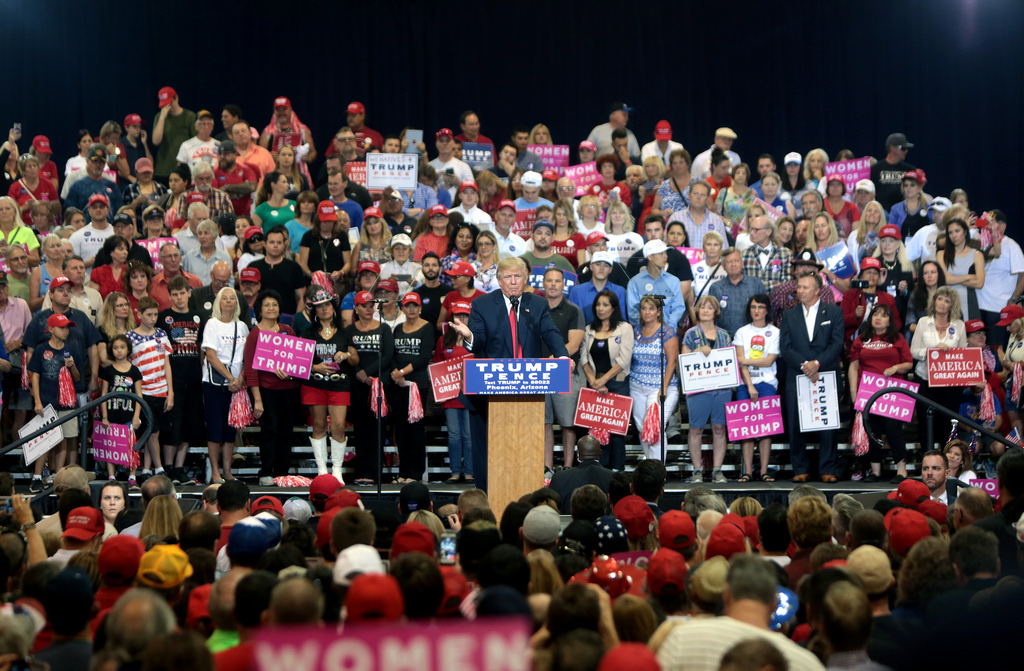 Our sector has been challenged to discuss coming together in a way that reflects shared values, while embracing the diversity of political opinion.

As philanthropic support organizations, we have the responsibility to provide opportunities and venues for these conversations, especially when they are difficult.

Among foundations, post-election responses have varied. Some want to fight and resist; others want to build bridges to better understand voices not heard in the election.

And still others are optimistic about the election’s outcome. Where I do see emerging consensus is in the desire to protect American democracy by strengthening civic engagement, protecting voting rights and funding investigative media and journalism. That common purpose gives me hope.

Political differences aside, the American charitable sector is vulnerable in this new era. Government funding of social services will likely decrease and philanthropic resources cannot fill projected reductions. At the Council on Foundations, we are working to protect philanthropy and charitable giving during comprehensive national tax reform by better explaining the important role that philanthropy plays in advancing social change. I firmly believe that our strongest defence is offence: we must be prepared to explain the value of philanthropy and all that it makes possible, both in the US and abroad.

Philanthropy has an important voice and plays an important role as a stabilizing force. We must continue to amplify our accomplishments and the lessons we’ve learned during previous turbulent times. As associations, we should put into practice different approaches philanthropy has historically supported, like racial healing and deliberative dialogue, in order to bridge divides. Today, philanthropy can both help to create a social compact for our country and build greater trust and understanding among those who are under-represented.

At this point it is probably be fair to say that in Canada, the ‘populist dam’ has not broken. Yet. Canada has progress to make with respect to equality, inclusion and justice, for example with respect to indigenous people, but on the whole the state is still mostly seen as an effective, legitimate and fair intermediary between individuals, groups, needs and freedoms.

This is supported by a variety of factors including fairly robust social programmes and only moderate (by international standards) income inequality. Philanthropic organizations and networks in Canada are turning their attention towards a significant opportunity to push back against the loss of social cohesion and populism by, for example:

In early 2016, Canada welcomed over 25,000 refugees from Syria. The community foundation network partnered with the corporate sector and government to rapidly deliver around $5.5 million through the Welcome Fund for Syrian Refugees to local charities offering early settlement support in 27 communities.

This work demonstrated how philanthropy can play a nimble and impact-focused role in supporting newcomers in communities and was a strong signal about our values with respect to diversity and integration.

More broadly, in Canada, there is significant energy around the SDGs and how they might offer an operating and impact framework that both drives our domestic work around improving quality of life, and opens up new international conversations and opportunities for partnership and collaboration around the world.

The recent left-wing populist government of Lula (and Dilma) has fallen due to corruption scandals and economic recession, a common consequence of populist regimes, as our neighbours Venezuela and Argentina have also discovered.

In times of populist regimes, foundations should support civil society organizations and projects that focus on strengthening democracy and human rights, combatting corruption and supporting politicians with integrity.

One remarkable example of the last kind of initiative was the founding of RAPS (Rede de Ação Política pela Sustentabilidade – Network of Political Action for Sustainability), a Brazilian organization that provides professional support for candidates to political positions committed to ethics and sustainability and also identifies community leaders with political aspirations and who seek to promote positive change.

Nevertheless, promoting a culture of giving becomes even more crucial in such times. Associations and philanthropy support organizations should encourage grantmakers to take even greater care of local civil society organizations. They reflect the values, voices and concerns of their communities. Such organizations are very important in times of uncertainty.

United Kingdom
Keiran Goddard
There is nothing new about UK populism. It is an age-old strategy, leveraged by all sides of the political spectrum. 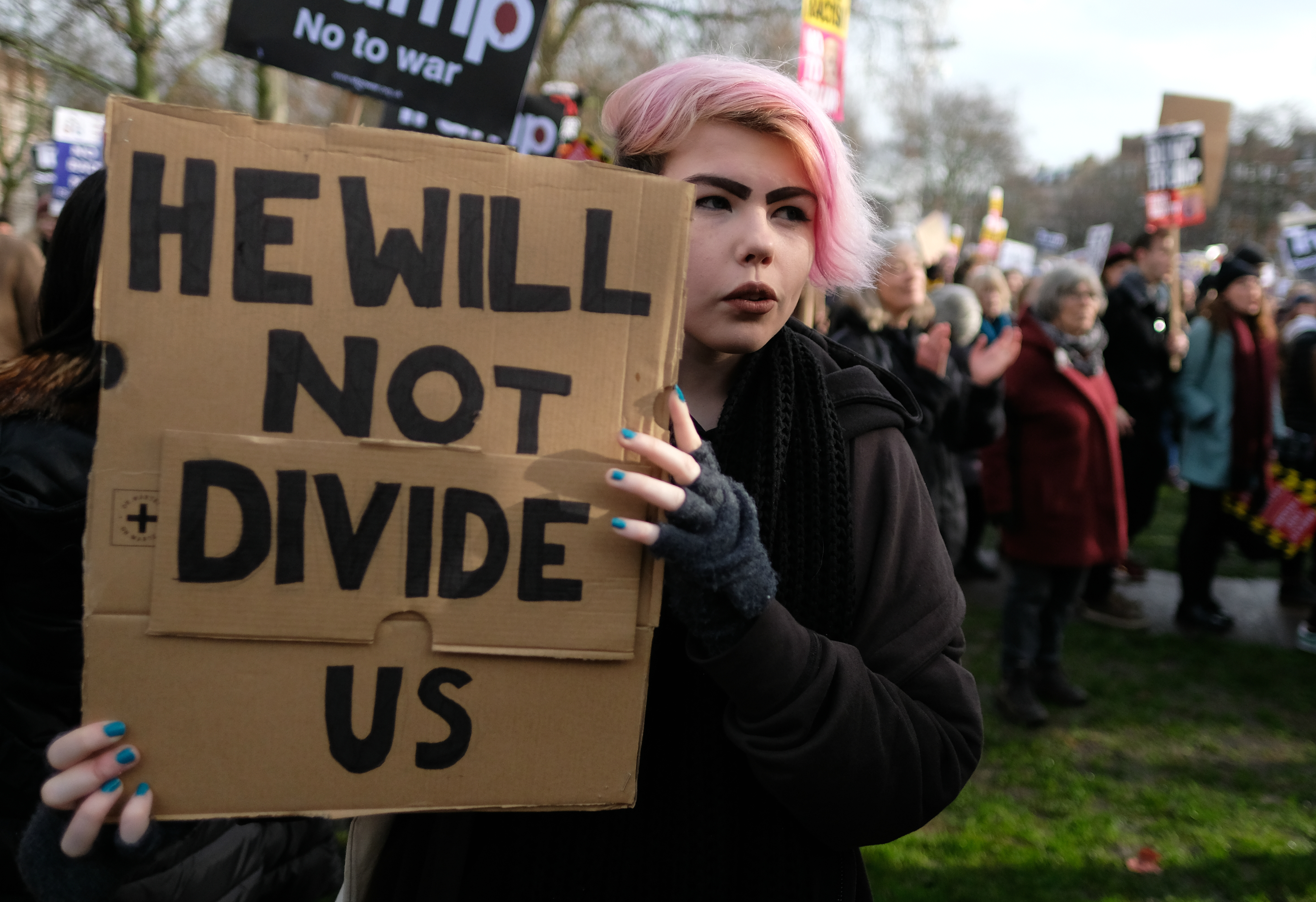 Nor does it have a fixed constituency, having historically recruited the energies, concerns and discontent of any number of individuals, communities and social alliances.

The vote to leave the European Union, however, is a particularly visible and consequential manifestation, regardless of where one’s political affiliations lie. It is no surprise then, that it has prompted reflection from foundations across the entire range of our membership.

Foundations are asking what the vote tells us and what role they have played in the dynamics of avoiding, healing or inadvertently exacerbating division. They are asking how, in the months and years to come, can practice be shaped to maximize and foster cross-cultural, geographic and generational exchange? How might they work more actively to forge community links and build leadership and democratic capacity across all parts of society?

There are also questions about the post-EU funding landscape, which will have implications across geographical and issue-based lines.

In the discussions about who decides where and how funding is delivered, some foundations may have a role to play in making the case for equitable settlements on behalf of their beneficiaries, or in supporting them to make the case themselves, through the use of their influencing, convening and negotiating power.

Evidence, research and convening are also part of the picture; enhancing foundations’ access to aggregated data, improving knowledge of cross-sector activity and creating the spaces for productive exchange of ideas.

Associations and infrastructure bodies have a function in supporting their members in their thought and actions. Retaining an international outlook is important, working alongside colleagues elsewhere in Europe and globally, developing links, sharing information and facilitating discussions where appropriate.