Pressure is on here in Glasgow. Governments are rebalancing commitments so that they are on the right trajectory for Paris alignment. Business and industry are stepping up to play their role in everything from reducing deforestation to tackling methane. And the finance sector is raising its ambition, as we saw with Mark Carney’s announcement that $130 trillion of financial assets – 40 per cent of the global total – have pledged to decarbonise. I have heard from many COP-weary delegates that there is something different about this one. Pledges abound, and there does seem to be (finally) a sense of urgency.

Yet even after this flurry of announcements, there is no certainty that emissions will actually be lower by 2030. The updated UN synthesis report on nationally determined contributions continues to show emissions increasing, rather than halving, by 2030. It is also unclear whether we – collectively – are doing enough to address climate injustice and the deepening inequality in our societies. And critical voices are not at the table, with widespread criticism over a lack of representation from the Global South. Once the delegates leave Glasgow, there is also no certainty over how effectively companies, investors, and governments will be held to account for their commitments.

And that’s where we need more philanthropic funders to come in. Philanthropy is society’s risk capital, enabling business, industry and finance to move faster. Yet despite our being in a crisis situation, philanthropic foundations still dedicate a minuscule percentage – an estimated 2 per cent – of their approximately $750 billion in global giving to climate mitigation. This must change. 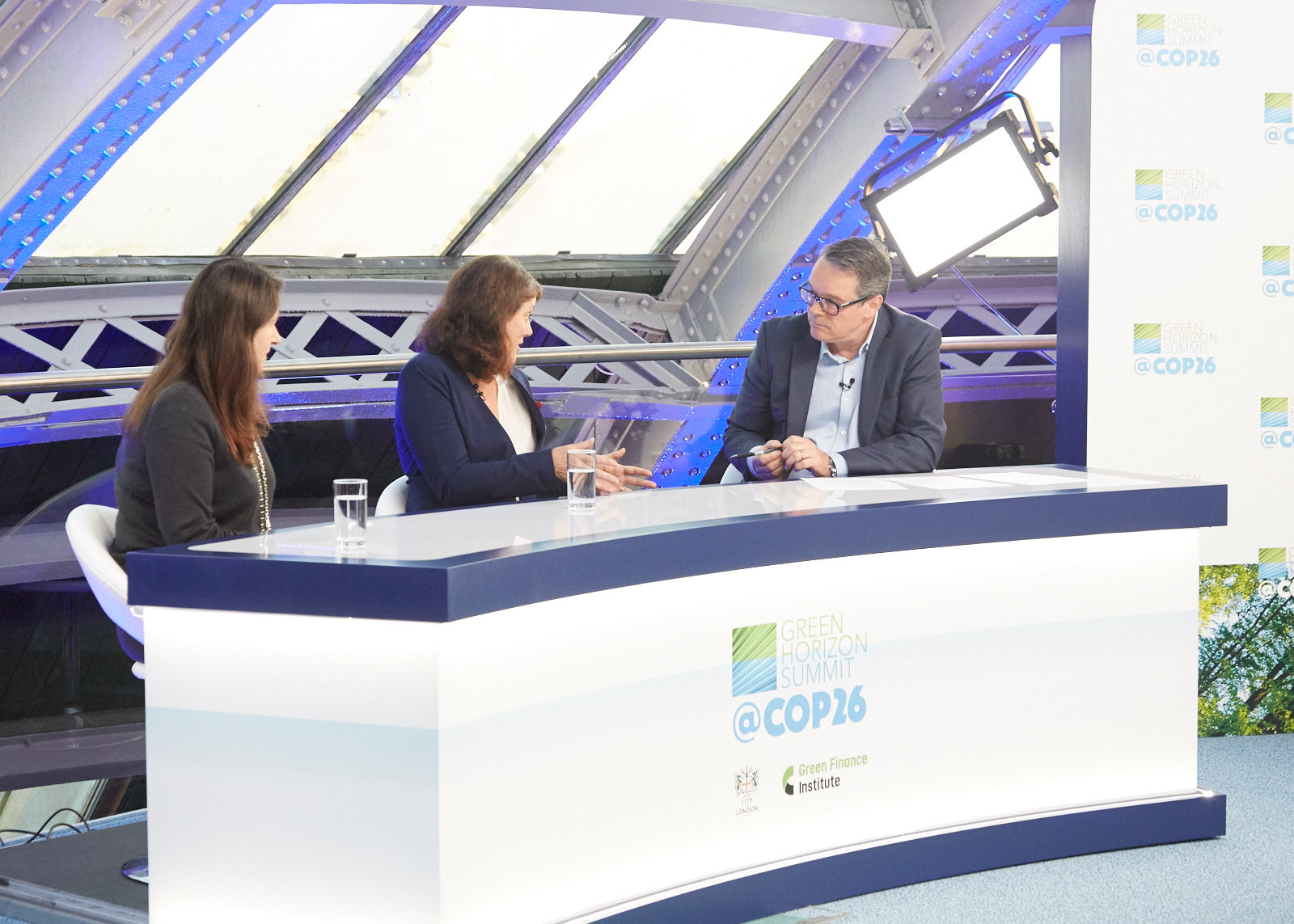 Philanthropy is not a silver bullet. In fact, it can sometimes be problematic, particularly given the power dynamics that arise between giver and receiver. And as we can see from the streets here in Glasgow (and across the world), a deeply unbalanced power dynamic will not lead to the inclusive economy we want. That’s why it’s important for us, as philanthropic funders, to abide by a number of important principles which should quietly guide our work.

When we launched Laudes Foundation, we shared our ambition to both inspire and challenge industry to harness its power for good. This dual approach can be an effective framing for how philanthropy can make a change, particularly as it seeks to accelerate action from the public and private sectors.

But how do we inspire? We need to show what can be possible. We know, for example, that the built environment contributes almost 40 per cent to global carbon emissions and that this is driven largely by the carbon load of traditional man-made materials such as steel and cement. So what if we were to think differently about the buildings we live and work in, and embrace instead structures that are made of low-carbon timber and biobased materials? This is the premise behind the recent launch of our industry transformation network, Built by Nature, which is bringing unlikely allies together, sparking innovation around timber buildings, and demonstrating that timber buildings are not only viable but also investible for commercial funders.

At the same time, we, as philanthropic funders, have an opportunity to challenge business and industry to step up. Voluntary corporate action is important, and we have seen many corporate pledges here at COP on how business is accelerating its net zero targets. But it is not sufficient. In fact, voluntary business action risks simply optimising the current system, whereas our dual crises of climate breakdown and deepening inequality call for a complete transformation of our system. And that will only come with a change in mindsets, power and rules. As philanthropic funders, we can play a role in changing the ‘rules’ of the system, putting in guardrails (by supporting the Mandatory Human Rights Due Diligence movement in Europe, for example) and strengthening accountability mechanisms (by funding, for example, a civil society-led accountability mechanism for measuring progress towards GFANZ commitments), which reward the leaders and lift the laggards.

Taking action … in all forms

We have heard many at this COP call for us to move swiftly from the ‘why’ or the ‘what’ of our climate crisis, and into the ‘how’. And this is no different for philanthropy, which has many tools at its disposal, well beyond the grants it makes. For example, in addition to grants, philanthropy can embrace different types of investments – like recoverable grants, equity, and debt – and pair it with expert non-financial support to accelerate the change we need to see in business and finance. Philanthropy can also align its own assets with its mission, and indeed, under the leadership of Ellen Dorsey, we have seen more than 200 foundations commit to divest and invest their endowments in climate solutions.

Finally, for those who are able to do so, philanthropy can respond to this emergency with the urgency it requires by committing to spend down or even find creative ways to unlock additional philanthropic capital. For example, the Rockefeller’s bonds which raised an additional $700 million to respond to the Covid-19 crisis.

There is no doubt this is the time for philanthropy to step up, to use all of the tools at its disposal to inspire and challenge key stakeholders, and to play a critical and catalytic role in creating an inclusive and climate positive economy for all. At Laudes Foundation, we are proud to play our part.

Leslie Johnston is the CEO of the Laudes Foundation.