12 months on, after adding a third co-host in the Lord Mayors Charitable Foundation, organizing three days of conferencing and an Anniversary Event at the Fitzroy Town Hall for 200 people, someone asked – was it still a good idea? 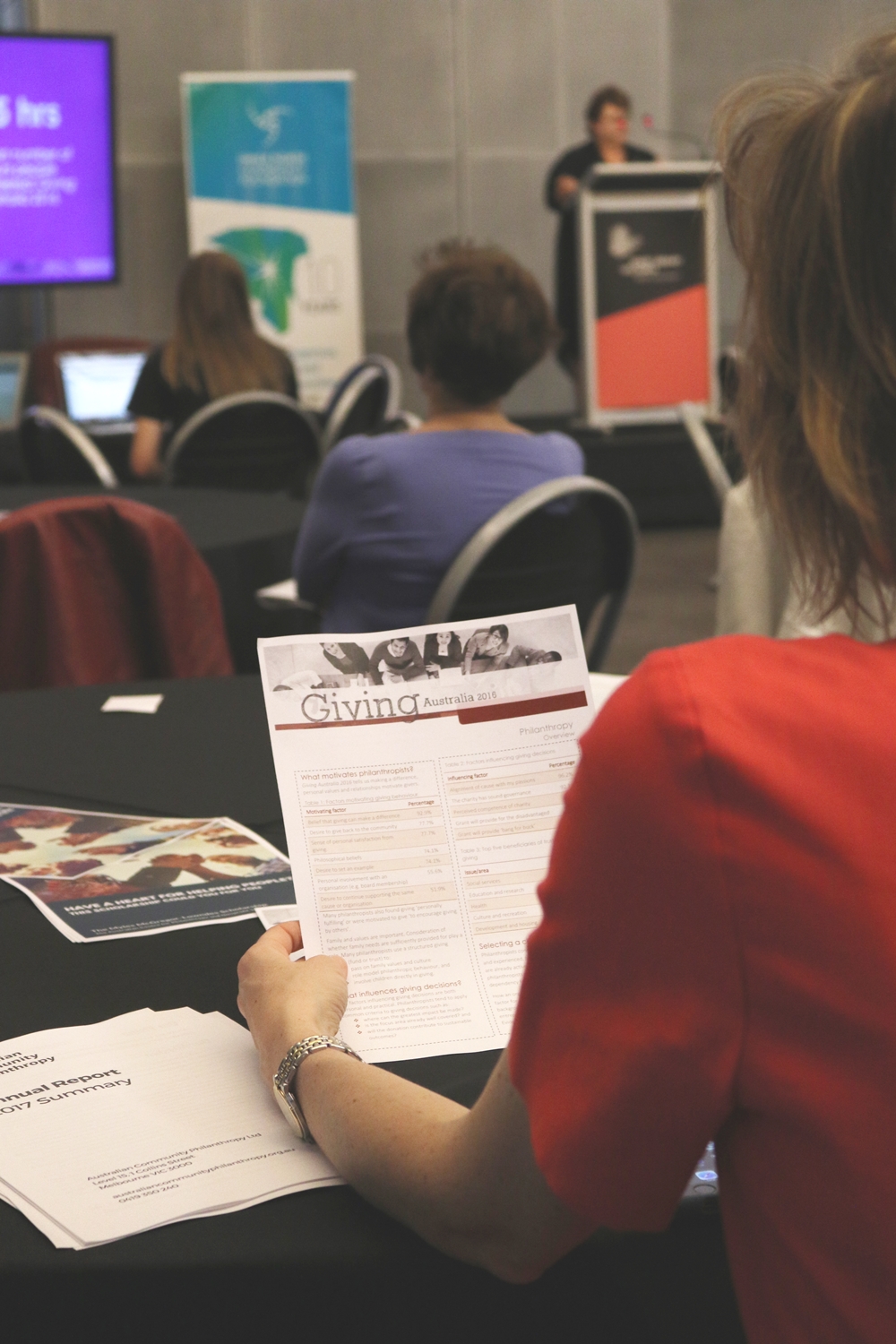 Hosting the conference gave the Inner North an opportunity to demonstrate place-based philanthropy in an urban context.

Our Foundation covers an area with about 400,000 people, out of a city of over 4 million. While it manifests differently in built up areas compared to rural or regional areas, the connections we build around place is just as important.

The NCFF17 spoke about how belonging begins with place. It was a focus on the first day of NCFF17, and the name of a session. It was important for the organisers to have people rooted in the place of the conference, and delegates spent time in the morning thinking into belonging to different places.

The online webapp sli.do was used to facilitate interactions between people in the room, through allowed live polling and voting on questions. This aimed to make sure content discussed was relevant to the most amount of people.

By the afternoon of the first day, people were ready for guest speakers. Each member on this panel had a lots of good quotes. I have taken one, and added my interpretation afterwards:

In addition to directly integrated place into session, NCFF17 demonstrated the impact of place through:

Conferences take time and energy, and we’re am extremely thankful to Australian Community Philanthropy, Lord Mayors Charitable Fund, and Australian Communities Foundation for coming on the journey. We look forward to doing it again in 2027!

Ben Rodgers is the Executive Officer at the Inner North Community Foundation, Australia, and is the incoming Chair for Australian Community Philanthropy.