Around 400 people gathered at the British Medical Association’s headquarters in North London last week for the annual conference of the UK’s Association of Charitable Foundations (ACF), the leading umbrella body for British philanthropy.

The association’s chief executive Carol Mack set out a confident vision for how British foundations will navigate turbulent times despite the headwinds and political uncertainty of the Brexit process and years of cuts to publically funded services.

Today, British foundation grantmaking is edging £3 billion broadly comparable to government grants to the charity sector. Moreover, foundation assets grew by 9.6 per cent meaning they have more money in the bank at a time when others are cash-strapped.

But it’s not just the numbers. The increased buoyancy of British foundations is reflected in ACF’s vastly improved research and advocacy work under the astute guidance of former policy advisor, Richard Jenkins and communications director, Keiran Goddard. 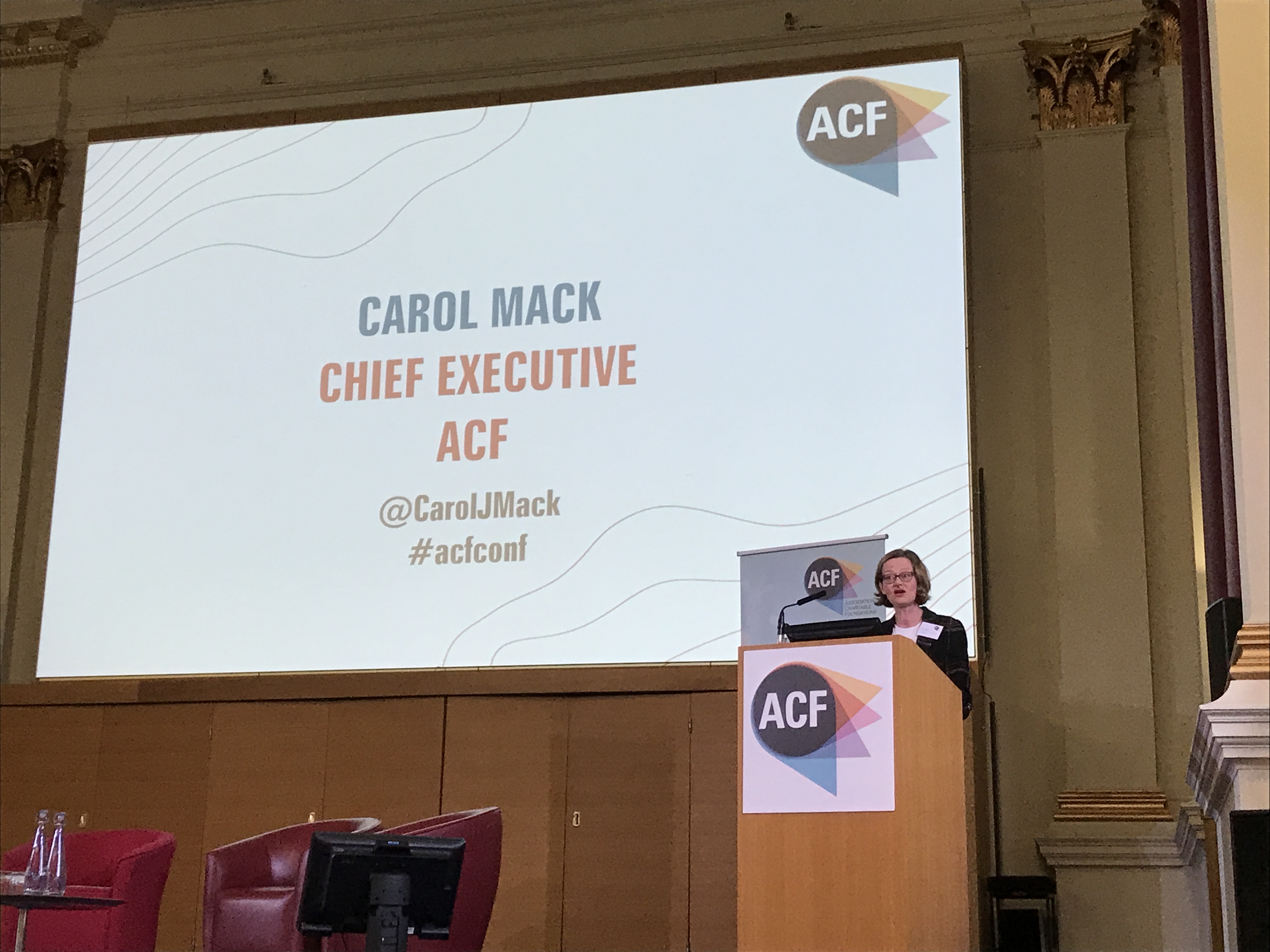 In her speech, Mack highlighted the need for foundations to be responsive and sensitive. What does it mean to ‘go into’ a community’, she asked. What does it require of us to fund in areas we call ‘hard to reach’?

Mack’s speech was an impressive tour de force and it was followed by an equally compelling debate led by The Observer’s Sonia Sodha (also a trustee of Trust for London). What made it effective was not just the interactive format, in which the audience voted on a range of questions, but also the willingness to ask hard questions.

The fact that British foundations lack diversity and transparency was said loudly and clearly and, as far as I could tell, no one headed for the door.

A self critical approach carried into the afternoon sessions including one organised by the always impressive Lankelly Chase Foundation. Several Lankelly staff literally walked about thirty of us through the issues of power imbalance, elitism and privilege which dog philanthropy.

Problems
From these and other discussions, one could sense that the UK foundation sector has renewed leadership, confidence and a sense of its own potential. But for British foundations to really fulfil its promise to society, at a time when they’re arguably needed more than ever, they will have to address major gaps.

For example, should laudable action now underway to share data on grant-making extend to how foundations manage and invest their assets? 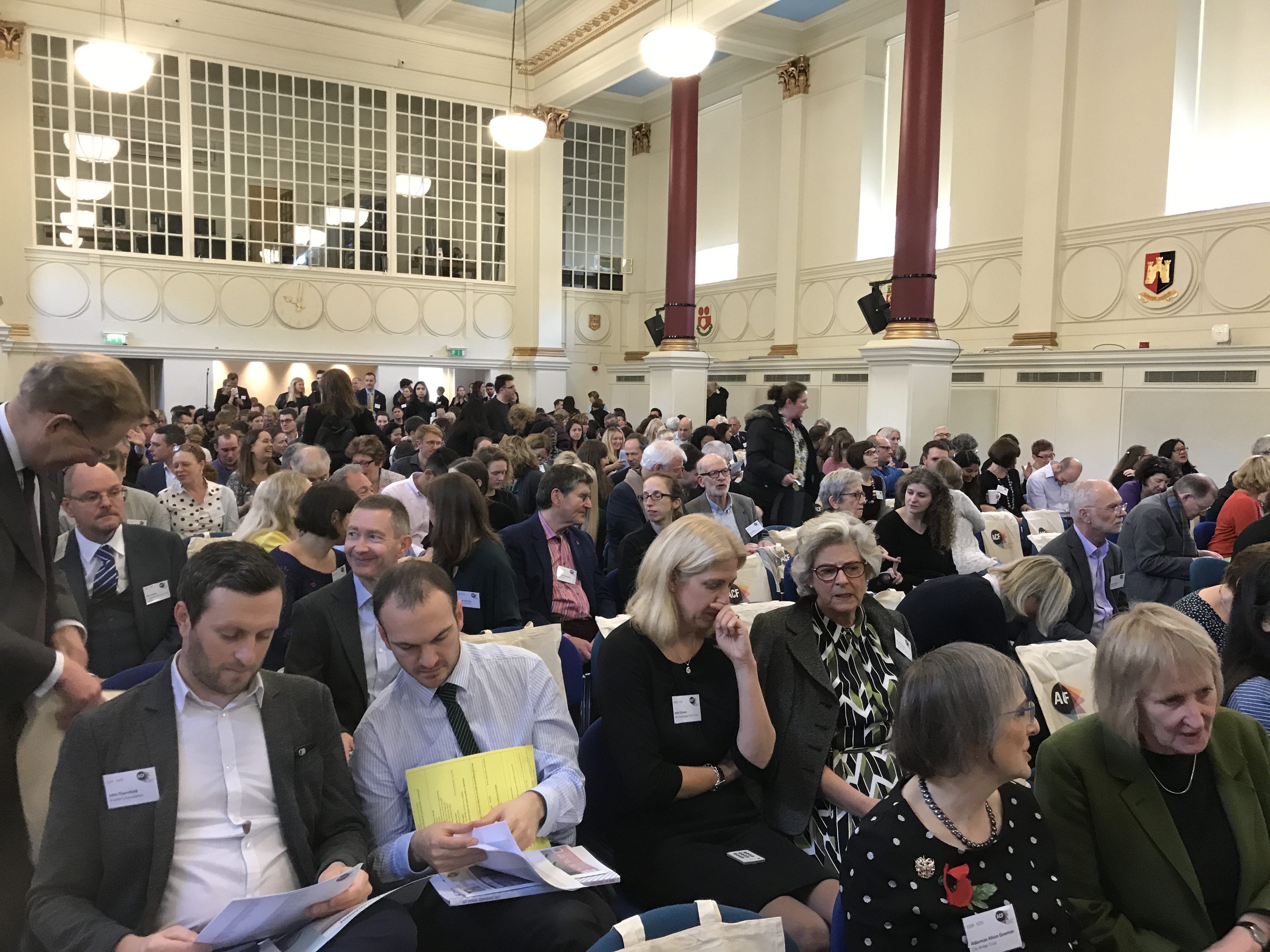 Delegates at the 2017 ACF conference.

Foundation assets represent the total value of a foundation. They are typically invested to maintain the corpus rather than advance the mission. Foundations have a long road to travel to full transparency even before we get to the question of whether it’s ethical for them to invest their assets offshore.

Meanwhile, for all the talk about the need for greater diversity, few foundations appear to be asking themselves whether their own boards (not just their expert committees) should include people from diverse backgrounds.

If it’s a truism that foundations can do more good if they reflect the people they aim to serve, the current evidence suggests that British foundations remain overwhelmingly white and wealthy. And take the lack of geographic diversity as another measure: a snap poll of the conference room revealed that the vast majority of foundations in attendance came from London and the south east.

Another concern is that British foundations are still not European enough. Conference discussions about ‘Europe’ tended to focus on how to help communities which felt left behind and voted for Brexit. That’s of course a necessary and urgent question but what was missing was a substantive discussion about, or vision, for Britain’s relationship with the continent.

British foundations, mirroring wider society, seem reluctant Europeans. Will we see more British philanthropy practitioners at the European Foundation Centre conference in Brussels next year? I hope so but somehow doubt it.

Back in 2012, I wrote that British foundations were coming of age. On the evidence of last week’s conference, their time has come. Today, they couldn’t be more relevant or needed to help society through unprecedented change and uncertainty.

The stakes are high and it will be interesting to watch British philanthropy as it tries to rise to the challenge.

Charles you’re right to celebrate progress in the domestic foundation sector, I see signs of that too, but I fear the popping of champagne corks is a little premature. ACF do deserve credit for edging towards a more active role. Next week they launch their ‘Stronger Foundations’ initiative which I think is the first time they will be taking a stance on what good practice looks like. A very welcome development and one that some of their members might have resisted in the past. Without a doubt there are foundations in the UK who are pushing the boundaries, for example with bold collaborations, through pursuit of policy objectives, by considering power, privilege and diversity, or with a willingness to use all the assets at their disposal. But these things are still far from general. Indeed there is still plenty of practice that fails at a much more basic level – short-term restrictive funding that does not reflect the realities of grantees’ situations. Five minutes spent on the website of the membership body for progressive foundations in the US, Grantmakers for Effective Organisations, is enough to illustrate the quality of the public discourse about funding that they host, and Alliance provide a similar perspective internationally. I’d love to see that better reflected in the UK, and don’t believe we are there yet. You are absolutely right that the social sector urgently needs focused, ambitious and courageous funders and it is true that it is getting more of them. But let’s not be complacent, there are nowhere near enough. - Rob Abercrombie, Director of Research & Consulting, NPC