Alibaba Co-Founder Joe Tsai and wife Clara Wu have committed $50 million in support of efforts to advance social justice and equality. The Taiwanese-Canadian billionaires announced in a Social Justice Commitment Statement that their funds will go toward social justice and economic mobility programmes supporting minority and marginalised groups, with a focus on Brooklyn. 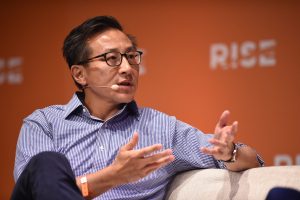 Foundations have committed an estimated $5 billion globally to racial equity work since May, including $168 million from the Hewlett Foundation and $48 million from the Rockefeller Brothers Fund. According to the Chronicle of Philanthropy, that sum is more than philanthropy has granted to the cause in the previous 11 years.

The funding commitment from the Tsais, who are the owners of the NBA Brooklyn Nets, WNBA New York Liberty, and the Barclays Center arena in Brooklyn, joins the outpouring of financial support.

‘Racial injustice continues to be pervasive in society, and systemic imbalances must be addressed by the government, the private sector, and individuals,’ wrote the Tsais in their statement. ‘We plan to address the inequities by focusing first on our organization and our community in Brooklyn. We believe Barclays Center, the Brooklyn Nets, and New York Liberty can become symbols of how we move forward together as a country. We will provide the resources to accelerate change. We hope to lead by example by supporting our athletes, employees, and community in anti-racist work.’

The funding commitment was announced on Tuesday, following a weekend in which 29-year-old Jacob Blake, a black man in Wisconsin, was shot multiple times in the back by a police officer while near his car and in front of his three young sons. Blake is currently in intensive care. The shooting which occurred on Sunday, has inspired a fresh wave of Black Lives Matter protests in the U.S.

Though the Tsais did not acknowledge Blake in their statement, they wrote that they knew the Plaza at Barclays Center in Brooklyn has become a gathering space for Black Lives Matter, saying, ‘We are proud of our players’ leadership in speaking out against racism and advocating for social justice.’

The Tsais have been active in the New York community this year, partnering with Alibaba Co-Founder Jack Ma to distribute ventilators, masks, and goggles to the state back in April, when New York City was experiencing a dramatic spike in COVID-19 cases.