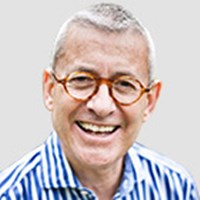 This is a meaningless debate because we need both.

“When I hear the word culture, I reach for my revolver.”

Sometimes misattributed to Hermann Goering, Founder of the Gestapo and the Luftwaffe, Nazi Germany

“As human beings, we want to feel uplifted, enriched and above all, moved by the culture that is around us, we want our hearts to sing.” 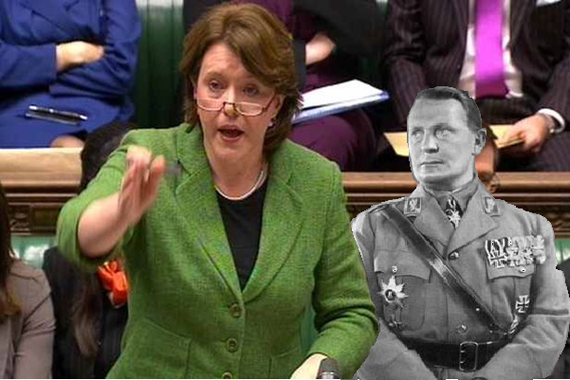 I thought of Goering and his revolver whilst listening to Maria Miller speak in praise of culture at The British Library last month. This was an important occasion, unusually rich in irony. The Nazis were notorious book burners and banned what they called degenerate art, much of which was appropriated by Goering for his private collection. Nothing, not even the Nazis, can diminish Germany’s extraordinary contribution to world culture. Typically, the Germans gave priority to rebuilding their opera houses in 1945 despite being all but being obliterated by war.

The idea that a British Government Minister should think it necessary to make a speech about the importance of culture must astonish Germans. For them, culture is as natural as breathing. The British have also made an exceptional contribution to culture and continue to do so but our reputation for philistinism in high places continues.

Last year, I heard Miller speak about the contribution the arts make to the economy. Her real audience was The Treasury. Miller was doing her bit to limit cuts to the arts budget and had to speak the only language the Treasury understands, numbers. These are impressive. 1.68 million people work in the creative industries and the sector was the fastest growing part of the economy last year, worth £70 billion. Those of us who were there ground our teeth silently because we understand realpolitik. The tactic worked. Cuts to the DCMS and the Arts Council were less than they might have been. Local government cuts are another matter.
This year, the Secretary of State needed to re-establish her credentials and to reassure the “creative industries” that she gets it: “Whether we are talking about our performing arts, our museums and galleries, our built heritage ……. it is clear that culture matters to us because it elicits a response and that response is simply part of being human“. We applauded warmly not just out of solidarity but because it was good to hear a government minister articulating why the arts matter.

The competition for government funding is a struggle at any time but becomes more acute when public spending is in decline. Moreover, many arts organisations that were receiving up to 80% of their budgets from public funds twenty years ago have seen this share fall to between 20% and 30%. Much of the shortfall has been made up by fundraising, and the arts are now in competition with mainstream charities.

For too long, the arts have laboured under an inferiority complex that says fundraising cannot possibly compete with cancer research or kidney machines. This may be true on one level but the reasoning is feeble and the comparison is crude. We need both. Pause for a moment and reflect upon what human beings do: we think, read, listen, look, sing, dance, watch films, plays and videos, live and work in buildings someone has designed. Culture has defined us as a species. There can be no civilisation without the arts.

The Government is urging the arts to improve fundraising. Overall, arts and higher education have done well but it will be a challenge to do better, particular outside London. Maria Miller has suggested that fundraisers might get better at asking. I think she is right but improvement is needed across the entire charity sector. However, before polishing their fundraising skills, the arts need to pay more attention to reminding an intelligent public that our lives, whether we have cancer or not, would become meaningless without culture. The current “case for support” is not good enough and may well reflect complacency generated by nearly 70 years of (essential) public subsidy.

Maria Miller also said the arts should be a core component of any child’s education: “They are a must-have not add-on“. If only reality matched rhetoric. Was this a message for Michael Gove? We are entering dangerously hot waters and I will attempt to brave them next week.

John Nickson, is the author of Giving Is Good For You: Why Britain Should Be Bothered and Give More. He is donating his royalties to charity.