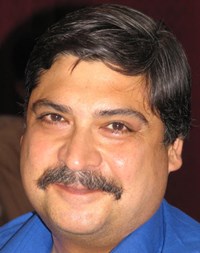 Day one at Dasra Philanthropy Week kicked off with a topic that held everyone’s interest, be they believers or non-believers in the concept – mandatory CSR under Section 135 of the new Indian Companies Act 2013. Being a brand new piece of legislation, there were many concerns and queries both during and after the formal sessions. Panellists emphasized that CSR is not just good for business but should be a part of every company’s business strategy for growth, branding and sustainability.

The term CSR is broad in its scope and understanding all over the world. However, under the Indian Companies Act 2013 what is or can legally be considered ‘CSR Activity’ has been clearly defined under what is called Schedule VII. Quite a few corporate representatives lamented the fact that ‘employee engagement’, or time and skills volunteered by company staff, is not listed as a ‘CSR Activity’.

NGO representatives were of course keen to connect with companies looking for eligible CSR partners. Of course everyone agreed that while this new ‘social clause’, as many like to call it, will open windows of opportunity, there is a lot that needs to be done at both ends of the spectrum to make CSR truly meaningful. There is need for good data and strategy and a great need for pooling resources in order to leverage effectiveness and impact. Many companies will have fairly small CSR budgets, and unless companies decide to think and act strategically in this regard their CSR spending may not lead to any significant social impact.

The Ministry of Corporate Affairs will have a huge task on hand compiling and analysing data. Companies on the other hand will need to grow out of their thinking that this is yet another indirect ‘charity tax’ imposed by the government and instead look at the bigger picture in terms of tangible and intangible benefits to the company – be it attracting and retaining better human resource, branding, or impact on the company’s market equity. Finally, NGOs need to put their house and act in order because corporates will expect a high degree of professionalism, transparency, accountability and impact.

Noshir H Dadrawala, is chief executive of the Centre for Advancement of Philanthropy, India.