‘Agroecology is the mainstream food system in West Africa. It is about working with nature, and this is the natural way people have lived for centuries’, shared Bern Guri, a Ghanaian sustainable agriculture advocate at a convening of grantee partners of the Agroecology Fund in Uganda last year.

At the grantee convening, land and food advocacy groups, like GRAIN and the Oakland Institute, asserted that industrial agriculture has stripped away biodiversity, eroded environmental and community health, while ballooning carbon emissions at a time when rising sea levels and flooding are threatening communities around the world. ‘Our global food system is one of the biggest drivers of climate change’, observed a GRAIN report that makes a call to move towards agroecology. 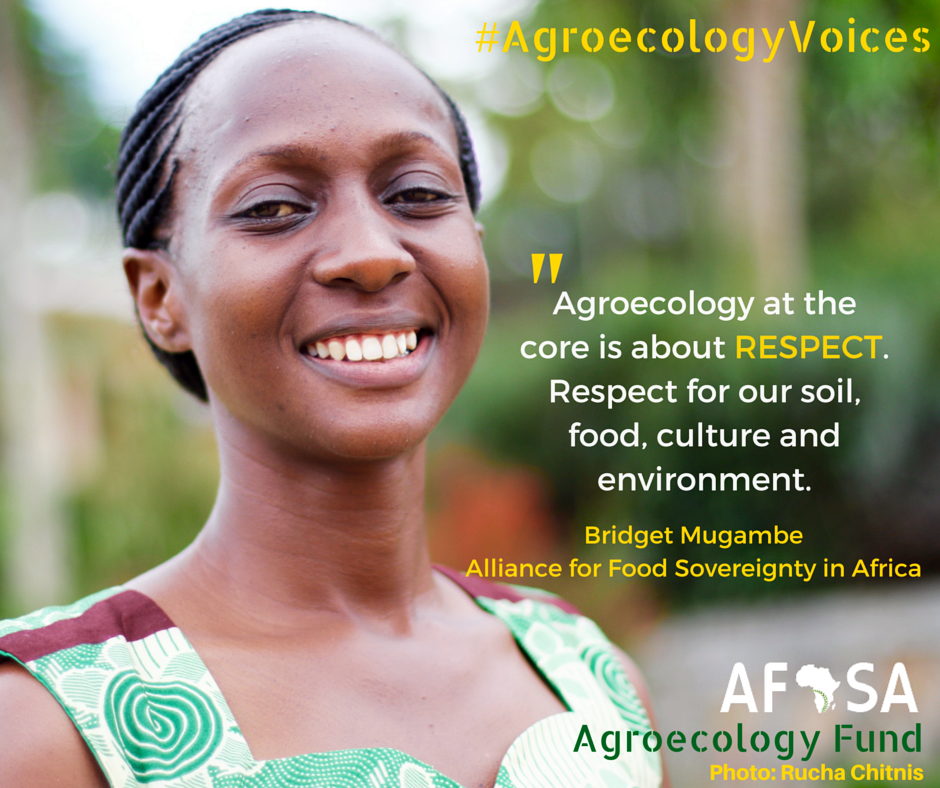 Heeding the call of its global grassroots partners and advisors and mounting research that points to the need for an urgent fix of a broken food system, The Agroecology Fund, a pooled donor fund of 20 funders from Asia, North America and Europe, is putting its money behind ecologically sound, culturally appropriate and small farmer driven food systems.

‘Agroecology is the science of ecology that builds upon the knowledge of farmers and indigenous communities. Agroecology hopes to transform the food system into a diversity of localized economies based on community wellbeing’, said Michel Pimbert, Director of Centre for Agroecology, Water and Resilience at Coventry University in the U.K., also a grantee partner of the Fund.

Launched in 2013 with four founding funders, The Christensen Fund, New Field Foundation and Swift Foundation, and an anonymous foundation, the Fund has given away nearly $3 million dollars through a model of funding collaborations among social movements, researchers, NGOs and advocacy groups.

This unique model of funding has supported 24 collaborative initiatives that span 107 organizations in Asia, Africa, Latin America, U.S. and Europe. 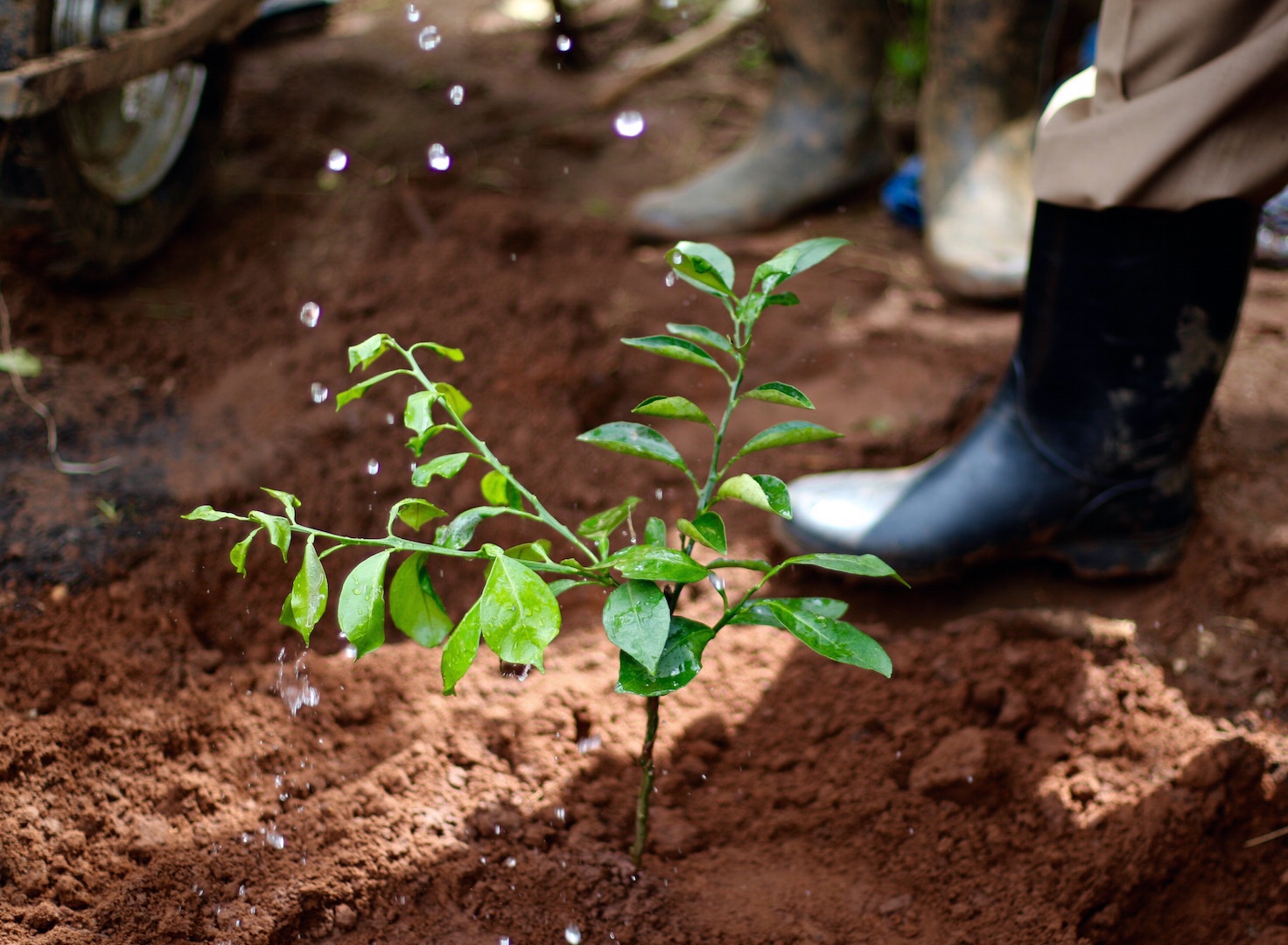 The vibrant grantee convening in Uganda was followed by a strategic planning process, in which the Fund committed to shifting and leveraging significant resources towards agroecology, strengthening political and economic systems to enable agroecology to thrive, engaging in creative communications strategies to open hearts and minds to agroecology-based food systems and sharing agroecological knowledge and practice.

Gleaning the wisdom of its global grantees and advisors, the Fund offers five insights to funders to amplify agroecology:

1.) See farmers as scientist-practitioners
A premise of agroecology is that farmers are natural experimenters and discover local solutions to drought, fertility and other challenges.

Funding successful agroecology programs requires funders to embrace a truth: Nearly 70 per cent of the world’s food is grown by small farmers, not agro-industry. ‘We see farmers as scientist-practitioners, who need to be at the center of conversations of hunger, livelihoods and food security’, said Jennifer Astone, Executive Director of the Swift Foundation, a founding member of the Fund.

2.) Change the narrative
Massive resources are needed to amplify agroecology, far beyond what the Agroecology Fund can provide. Growing the agroecology funding pool requires making grants that support and strengthen the communications capacity of grantees to reach and move their targeted constituencies, especially public and private funders.

The Fund recognizes that it’s important to offer evidence and inspiration about the viability of agroecological food systems, while exposing threats posed by corporate concentration and industrial systems.

3.) Fund collaborations, not silos
The Fund’s donors believe in the power of collaborations and funding crosscutting issues. ‘It is important to invest in collaborative initiatives that nurture and promote the idea and practices of interdependence, not only among movements and organizations but in fact, throughout the ecosystem.

‘Seeds, soil, land, food production and market access are all interconnected aspects of the agroecological movement’, said Rajasvini Bhansali, Executive Director of Thousand Currents and an advisor to the Fund.

4.) Fund movements
Global social movements are on the frontlines advocating for climate justice, indigenous rights and land defense. Affiliates of La Via Campesina, a grantee that leads the world’s largest social movement of farmers, indigenous peoples, pastoralists and fisherfolks, have opened agroecology schools across the world, from Nicaragua to India.

5.) Co-create and share knowledge and practices
The Fund supports grassroots research and documentation of agroecological knowledge, practices and seeks to broadly disseminate key lessons to influence fields of development, philanthropy and public policy. The Fund is also committed to a grantee-responsive monitoring and evaluation system that analyzes learnings about agroecological amplification to understand collective impact.

Rucha Chitnis is a communications consultant with International Funders for Indigenous Peoples, in addition to being a photojournalist and a writer.