The fact that the ECFI (European Community Foundations Initiative – a project run by the Association of German Foundations) conference was the first ever European conference of community foundations was a mind blowing fact in itself. We should do justice to the CPI – Community Philanthropy Initiative of the EFC that was run until around 2007, and various gatherings of youth banks – but otherwise for the field so well connected as community foundations this kind of gathering was clearly overdue.

So it is not a surprise that there were more people wanting to attend than the room in Cardiff City Hall could accommodate, coming from 22 countries and speaking 18 different languages.

Still after the end of the first day I could not shake off the feeling that the field, as it was represented in the room, had already outgrown the somewhat rigid format of a traditional conference we found ourselves attending. There were not enough opportunities for translating obvious enthusiasm of the participants into action or any space for meaningful interaction.

Even intriguing badges (mine read ‘There are no bears on the streets of Moscow’) were not acted upon!  Still plenary sessions were very insightful and hold promise of future conversations that may potentially inspire further development of the European network of community foundations. 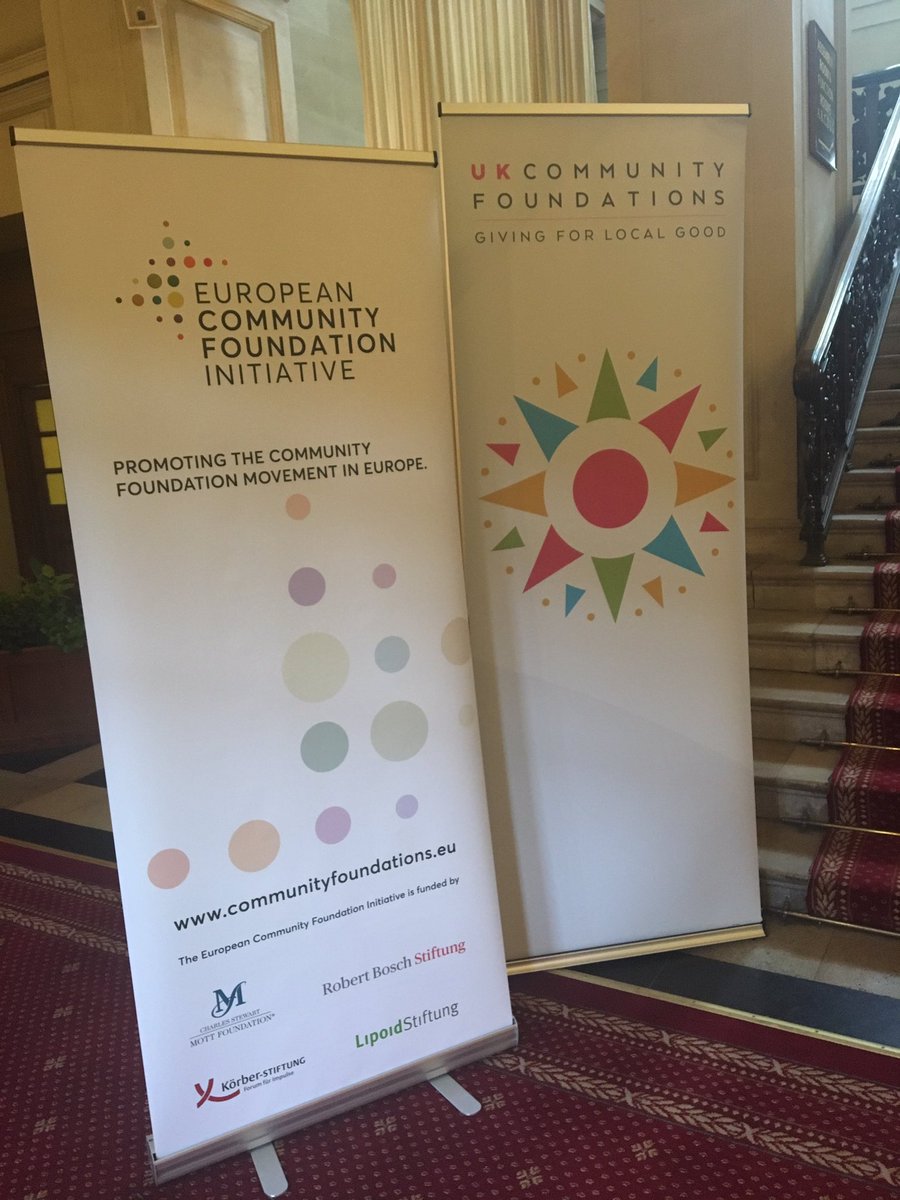 Without an an ambition to report on all aspects of these conversations, I would point out a few ideas that resonated either with our community philanthropy development work in CAF Russia or with the strategic discussions we are having with my fellow board members of WINGS.

Donors and beneficiaries are in many cases the same people. This is a unique characteristic of community philanthropy organizations which has not been sufficiently reflected upon.

Still we know from experience that in examples of small rural communities, this a given fact, and the mobilization of resources and implementation of community initiates are often two sides of the same action here and now rather than a work of different departments that sit on different floors, so to speak.

A lot was said about the need for greater accountability to beneficiaries – starting with a brilliant example from Gilly Green of Comic Relief about engaging people with dementia in selecting projects to be funded.

Well, nobody argued with the importance of this, but when it comes to engaging ordinary people in choosing foundation’s future beneficiaries on a regular basis?… well, there was less confidence in the room.

Although community foundations are supposed to be in the business of building trust in their communities it is sometimes hard for them to trust their own people – something to think about?

Barry Knight started his morning session on the second day with describing what he called epidemiology of community foundations. In different parts of the world they are driven by different key ideas – in Central and Eastern Europe and Russia the main theme is building the culture of giving that has been lacking in that region, while in Africa they are more concerned with poverty, inequality, gender and race. Still it was a common agreement that hanging up on definitions and working in silos is not the way if we want the movement to grow.

As Felix Oldenburg from the German Association of Foundations put it, philanthropy should be one place rather than a set of competing networks. And Barry Knight continued saying that ‘we need a broad church.

Community philanthropy is a broader term defining the process rather than rigid institutional form’ (Well, maybe ECFI should be renamed into ECPI then?)

Finally I was very inspired by the conversation of the philanthropy ecosystem idea which seem to be a relevant expression and a  direct consequence of the complexity of the field and importance of its connections and interrelationships. As a tweet from the Global Fund of Community Foundations commented, ‘dots on the map are much less interesting than relations that underpin them’.

The Cardiff conference clearly helped to connect the community philanthropy dots on the map of Europe. Good weather or not – we can work on the climate for giving together.