Green energy investment to increase, but more will be needed

A new report reveals that investment into renewable energy is likely to increase significantly over the next five years.

According to Climate Action, over one-third of investors surveyed believe that the Covid-19 crisis has made the fight against climate change more urgent and renewables more attractive. The research comes from the latest annual report from the sustainable energy specialist Octopus, which climates that 80 per cent of global institutional investors plan to increase their overall portfolio allocation to green energy. 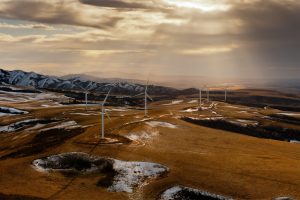 Investment into green energy is likely to increase over the course of the next five years – but will it be enough? Photo credit: Unsplash.

However, the report warns that though many investors indicate they’re hoping to move more of their funds into renewable energy, economic challenges driven by the pandemic have slowed the pace of divestment from fossil fuels.

Divesting is in fact likely to help you weather the current economic uncertainty, said Wallace Global Fund Executive Director Ellen Dorsey and Sierra Club Foundation Executive Director Dan Chu, writing in Alliance recently: ‘The fossil fuel industry is fighting for its survival and the carbon bubble is already beginning to burst. The fossil energy sector is the lowest-performing financial sector of the last six years and losses continue to mount. … Meanwhile, renewable technology has hit cost parity and is on a dramatic upwards adoption curve,’ Chu and Dorsey wrote.

‘For those foundations arguing that divesting would limit their universe of profitable, high-yield funds to invest in, the exact opposite may soon be true. The impending collapse of the fossil fuel sector means that any well-performing fund either is or should already be divesting itself of fossil fuels to avoid devastating losses, negative shareholder returns, and failure of their fiduciary duty,’ Dorsey and Chu wrote.

Without large scale investment into the green energy sector, it won’t be possible to achieve the goals of the Paris Agreement and reach net zero emissions by 2050, warned the report from Octopus. Indeed, recent research from ClimateWorks and World Resources finds that the world is moving far too slowly to meet these targets. Though daunting, both reports noted that reaching these goals is still achievable with significant financial investment.

In this area, philanthropy can help to ‘accelerate our progress toward a healthy planet with a prosperous future,’ said Surabi Menon, Vice President of Global Intelligence at ClimateWorks.