What can foundations do when people feel that something is wrong with democracy? This question was addressed in the EFC conference session “Democracy in Europe, from utopia to dystopia – Where did we get lost? What went wrong?”.

The two passionate presenters, Ulrike Guérot (European Democracy Lab) and Jordi Vaquer (Open Society Initiative for Europe), mostly focused on recent negative developments, such as Hungary and Poland sliding towards dictatorship, and the high proportion of votes of the far right in Austrian presidential elections. Certain contrasts and conflicting viewpoints between the presenters, on the one hand, and between them and some members of the audience, made it exciting to follow the discussion.

One of the key words of the discussion was “system”. For the presenters, the starting point was that people feel that the political system is flawed, while at the same time everyone is more satisfied with their personal lives than ever before. The assumption of a broken system would have required some detail: which parts are broken? Is this a system that has to be fixed as a whole? The terminology reminded me of the opening plenary, in which it was made clear that the system of receiving and taking care of refugees in Europe is broken. 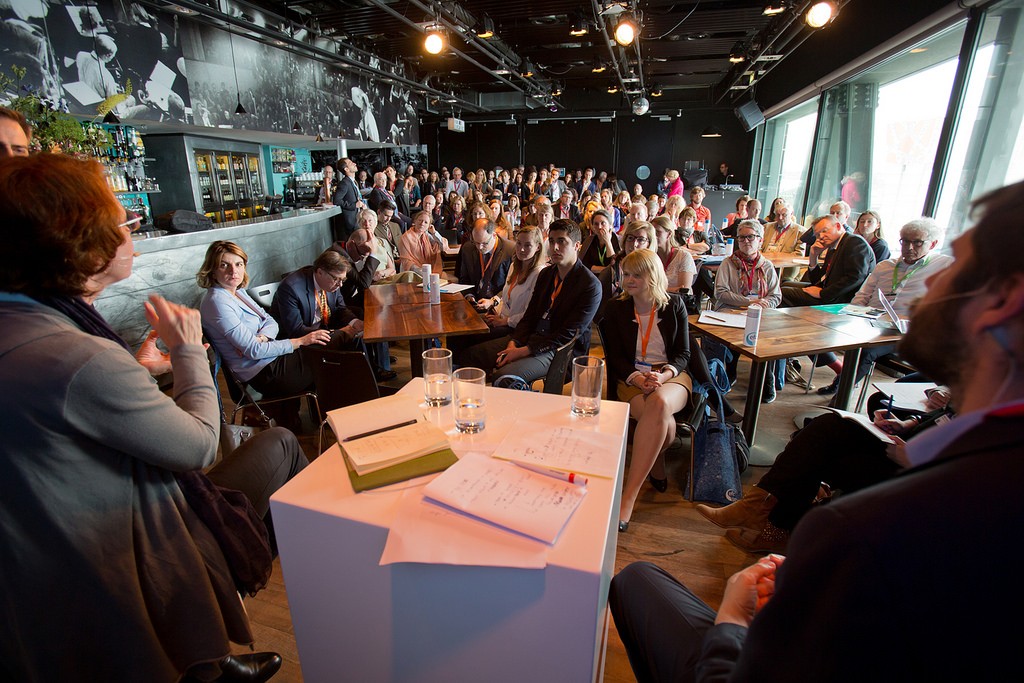 This kind of “system talk” makes a foundation which does not have all the money in the world somewhat desperate: is there then anything we can do? At least we should not give money for organizing yet another seminar on the effects of the Brexit, as Guérot affirmed. There are risks in supporting popular participation in all kinds of political decision making, because plebiscitarian rule or a “polling democracy” can lead to a real or an assumed majority limiting the human rights of minorities. In Hungary and Poland, nationalist parties have risen into power in democratic elections, after which they have started deconstructing the democratic institutions, and values such as freedom, justice and equality have really become threatened.

For Guérot, one solution for many problems would be a transnational EU citizenship, and one can certainly agree on that. Had there been more time, it would have been interesting to discuss the role of cities in creating transnational political networks. Vaquer mentioned positive democratic developments from cities, such as Barcelona, and it seems evident that certain big European cities are at the forefront of supporting local progressive democratic initiatives, the work against climate change, etc.

In any case, as a funder I have the feeling that one should know everything about political participation and historical developments in democracy in order to fund the best initiatives. Moreover, the importance of word choices and rhetoric is clear: if we start talking about a “system” that is flawed as a whole, and “people” who are unhappy with it, we can give the floor to antidemocratic actors.