How to help Afghans? Suggestions for impactful and respectful giving

The security and political crisis in Afghanistan has touched many around the world who are ready to help, host and welcome Afghan refugees as the Taliban carefully calibrate and repackage their religious brand, using a very ‘Western’ social media strategy.

The global response for Afghans and, in particular, in support of Afghan women and girls is laudable as it speaks to the essence of philanthropy, the love of humankind. But to be effective and far-reaching these efforts need to be framed and contextualised to respect the human dignity of those in whose name human compassion is unleashed.

As Simon Sinek brilliantly advocates, let’s begin with the Why. The first step in framing any charitable effort is to understand the motivations for giving. Typically, the majority of giving consists of ‘identity-giving’ (say religion or alma mater), followed by ‘social proof-giving’, which Harvard psychologist Steven Pinker describes as ‘appearing beneficent and generous’ or ‘earning friends and cooperation partners’. In some cases, these may overlap with ‘emotional response-giving’, such as donations made in response to natural catastrophes, humanitarian crises, epidemics, or disturbing storytelling, as in the case of Afghanistan currently. 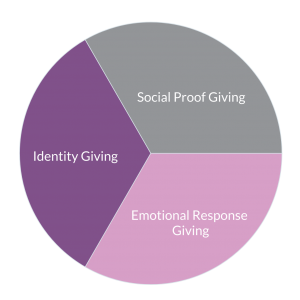 Questioning why one is giving is fundamental not only for self-honesty – a rare commodity in a world of blitzkrieg self-marketing – but to maximise one’s impact.

Here are some suggestions:

Following these three simple rules may help to fix a philanthropic system that is too often short-term oriented, top-down and disconnected from results.

In a world of information overflow, ubiquitous ‘breaking news’ and remarkable access to knowledge and research, it should be easy to demonstrate ‘the love of humankind’ through a more thorough understanding of context. While the previous section is cautioning around the tendency of philanthropists to decide for the end-users, here the cautioning is around how philanthropists talk about the end-users. Here are some suggestions: 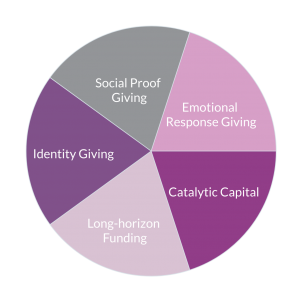 What Afghanistan teaches us, yet again, is that if we are to honour our shared humanity, our response must involve heart, and mind, to imagine and actually build a better future for all.

Farahnaz Karim is the founder of Insaan Group, an impact investment entity that allocates philanthropic capital to tackle poverty. She worked in Afghanistan during both what was known as the Taliban era, and the post-Taliban era.