My takeaways from the China Charity Forum 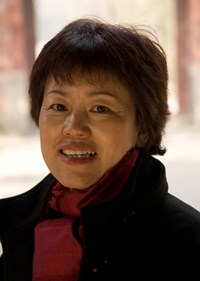 The China Charity Forum, entitled ‘Open a Philanthropy Era’, was convened in Beijing from 16 to 17 August with participants from across China and from other countries. The two–day forum consists of discussions and a field visit to Lao Niu Foundation. This is the first international forum organized by the China Charity Alliance since its formation a year ago. Below are my main takeaways from the forum.

The potential of philanthropy high in China

Private foundations have increased by more than 50 per cent from five years ago. China ranks as the second largest economy in the world, with over 200 billionaires, and with more than 67,000 people with assets of over RMB 100 million Yuan (over US$16 million). Everyone believes philanthropy in China will show a boost.

Legislation yet to be prioritized

From high-ranking officials such as the Minister of Civil Affairs and the legislator from National People’s Congress, Dr Zheng Gongcheng, to philanthropists such as Wang Jianlin and Lu Dezhi, there is consistent advocacy for prioritization of legislation to protect the legal status of philanthropy and to incentivize philanthropic activities in order to unleash the potential of philanthropy in China. According to an insider from the government, there is a wide disparity of perspectives around charity law legislation, and a consensus has yet to be formed.

Mr Ma Weihua (former governor of China Merchants Bank and now chairman of the board of One Foundation) shared as one of the plenary speakers: ‘It is more difficult to do philanthropy than to do business in China, with little social recognition.’ This was his experience as he made the transition from a banker to a philanthropist. Although Mr Ma talked a lot about philanthropy during the National People’s Congress in March 2014, media reporters seemed more interested in banking and finance than in philanthropy. Philanthropy in China is still in an early stage of development, though the potential is great.

The original aim of the forum was to discuss trends in global philanthropy. As a result, most of the discussion was focused on how Chinese philanthropists and foundations can learn from international best practices as they go global. According to Christophe Buhuet, China Country Director of UNDP China Representative Office, the private sector contribution globally is over five times larger than that of the public sector (with the OECD total contribution to global development in 2013 at US$135 billion from the public sector vs US$577 billion from the private sector, including US$59 billion from private philanthropy). Private philanthropy doesn’t just fill gaps in funding; it also contributes insights and innovations. It has yet to explore, however, how to leverage social and technology innovations and private-public partnerships to promote human development globally and locally.

Sharing of best practices on how to internationalize philanthropy in China

A dedicated breakout session focused on global collaboration in philanthropy. Despite a large economy, China is an emerging country at a learning stage in philanthropy development. Experts from the US, UK, Taiwan and Hong Kong, among others, shared best practices and innovations as Chinese philanthropy learns to go global. Currently the ecosystem of philanthropy tends to be government-driven, with much room to improve in the national strategic plan and legal framework governing philanthropy and charities, as well as in increasing self-governance, transparency and capacity of charities.

Tagged in: China philanthropy in china