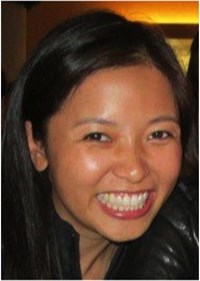 Although it would have been much easier to organize a summit in Hong Kong where I had contacts and resources, I chose to convene the first Asian Nexus event in China, the country of my ancestors yet where I have never lived (Hong Kong doesn’t really count).

Why try to organize a next gen philanthropy and social entrepreneurship conference in a country where next gens are reviled as spoiled spendthrifts, the few philanthropists that exist are criticized by the media and general public, and charities are viewed with suspicion.

Well, that is precisely the reason.

Yet many of those who have the resources to address these issues feel financially insecure; they are in wealth accumulation mode rather than wealth distribution mode. Those who are philanthropic often hide their charitable activities to avoid unwanted government scrutiny and media attention. Next gens are seen as materialistic narcissists whose extravagant lifestyles are completely disconnected from the reality of their fellow citizens. Social entrepreneurs face countless hurdles related to official registration, government oversight, organizational capacity, access to appropriate funding, regulatory issues and a dire deficit of public trust. (Ironically, only organizations with government sponsors can register as non-governmental organizations and only opaque government-run ‘charities’ can raise funds from the public.)

As the first generation of successful business leaders begin to retire, they are grooming their children to take over their businesses. While there are many next gens who fit the negative stereotype and have no interest in contributing positively to society, there are many, especially those who have studied and lived abroad, who want to effect positive social change whether on their own terms or through their family businesses. But these ambitions are often stymied by lack of support from their families, peers and society.

This next generation of leaders presents a huge opportunity to introduce sustainability practices (eg green supply chains, responsible sourcing, fair trade, green buildings) and innovative social change models (eg social entrepreneurship, inclusive business, philanthropic investment) into traditional industries such as real estate development, manufacturing and agriculture. While these practices may resemble corporate social responsibility (CSR) practices aka public relations strategies, because these companies are family-run and owned, CSR or corporate philanthropy is often a means of expressing family values and a conduit for the family’s philanthropy. (This is different from the US and Europe where next gens are often generations removed from their original family businesses.)

Because Chinese next gens are often called back to work in their family businesses, Nexus China must provide them with diverse examples of creating positive social or environmental impact, including through their family businesses. One way of making the business case for sustainability was to convene the summit in Parkview Green, the top shopping mall in Beijing which also happens to be one of China’s few LEED Platinum certified mixed-use commercial developments, which has won international accolades for its pioneering work in energy efficiency. In energy-hungry China, this is eye-opening. Several next gen attendees showed interest in learning how to replicate the model while others wanted to lease retail space there. Another example the Summit provided was serving food sourced locally from trusted organic farms. In a country plagued by food safety scandals, this kind of trust is in short supply.

After hearing passionate next gen donors and social entrepreneurs openly sharing moving stories of their struggles and personal goals with their newfound friends, I realized that my job was not to make sure each Nexus member was equipped with all the relevant knowledge, resources and encouragement needed to start creating social change ‒ although I intend for Nexus China to do that as well. My primary role was to create a physical, mental and emotional space ‒ a community – for them to come together as peers to support one another.

Given the calibre and passion of the Nexus China community, many of whom will be future business, political and civil society leaders, I’m sure that together they will be able to achieve their personal goals as well as address China’s major challenges. Already, after just a few salons and summits, partnerships have been formed, businesses have been changed and communities have been helped. If, at the end of the day, Nexus China members are intentionally creating social, economic and environmental value for society through their businesses rather than considering themselves as philanthropists, I would consider Nexus China to be a success.

This is the third of three posts from the China Nexus meeting held in Beijing on 7th-9th December 2013, giving three different perspectives, that of the next gen philanthropist, the social entrepreneur and the organizer.