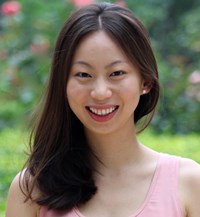 ‘I believe the China of the future will most certainly belong to those young people with both a global vision and local resources.’

Last weekend, I attended the Nexus China Youth Summit in Beijing and spoke on its opening panel, ‘Expanding the Scope of Philanthropy and Social Change’. Abbie Jung and Grant Hu, co-organizers of the Summit, asked me to talk about my company’s work and our vision for migrant women in China’s traditional domestic caretaking sector. Weipin combines tech with social, applying mobile, web and video technology to allow for humanization, higher standards, and transparency within the growing industry. Prompted by facilitator Professor Xiao Jin, I discussed the start-up challenges of thriving in a commercial, internet space while remaining true to our social mission.

This was my first exposure to Nexus, and the conference was unlike any other. It had been carefully curated, with much thought put into every detail. In addition to panel sessions, we engaged in interactive breakout activities and intimate open discussions. The resulting ‘safe space’ for reflective dialogue and genuine personal sharing was rare and valuable – especially in China.

I am grateful for the opportunity to have learned from incredible fellow social change makers, including those in senior positions. However, what most stood out to me was participants’ vibrant emotion and passion. I especially appreciated the panel discussion, ‘Peer Sharing of Motivations, Successes, and Failures’, comprising next gens who had begun their philanthropic journeys. Whether or not they are engaged in their family business, they expressed a desire to give back. I realized that we all self-identify as global citizens, with many ideas and a strong sense of social responsibility. Within the Nexus community, I was in the presence of true wealth ‒ of experiences, knowledge, resources and spiritual energy.

The relationships I have made have been helpful to my work. Notably, Weipin is now in talks with the Fuping Development Institute, which has run a vocational training school for female migrant workers since 2002, and boasts a track record of successfully advocating for better working conditions within the caretaking industry. The Institute aspires to develop an online learning platform to streamline and expand their training offerings, and we may cooperate to provide the suitable technology. The conference provided the opportunity for us to connect.

As part of the conference, Abbie had asked me to help coordinate a field visit to New Century Dream Library, run by grassroots social entrepreneur Principal Wang from Xinjiang Province, which offers free and subsidized reading-related activities and trainings for mothers and children in the community of 20,000 people. As with other grassroots organizations across China, since the library’s inception in 2005 it has faced continuous challenges including financial pressures, the difficulty of retaining talent in a migrant setting, a lack of government support and a lack of opportunities for capacity building. Having worked with Principal Wang since 2007, I have witnessed first-hand how he overcomes these difficulties. As a result he has been named one of the ‘Top 100 Grassroots Entrepreneurs’ in China.

While I am against slum tourism, I do believe in experiential learning. Visiting New Century Dream Library allowed Nexus China members to meet the children and see the facilities. They noted how small the place was, and its importance to the community. They felt Principal Wang’s passion as he shared his story. When asked why he had decided to rush back overnight from a capacity-building event in Shanghai to meet with the group, Wang responded, ‘I know how critical it is to interact with others with stronger capabilities and more resources.’

Afterwards, Wang wrote that he had also been inspired by the visit: ‘In the process of seeking their own fulfilment in both life and work, Nexus China members are able to use their own time and resources to get to know this world better, to experience a different way of life, and to strive to help improve the world. In and of itself, this type of aspiration is a form of progress … if participating individuals are able to bring further changes to this society, then the existence of Nexus will be one of the most wonderful things.’

I am excited to see how Nexus China evolves and channels its creative energy. As a Chinese-American, I hope to see more of China represented on the world stage. However, in the process of connecting further with the global philanthropic community, I believe it will be critical for us to maintain a safe space, and to continue to talk about China issues in a local context.

There is a lot of work yet to be done, and I can’t wait to take part.

Ying-Ying Lu is co-founder of Weipin.

This is the second of three posts from the China Nexus meeting held in Beijing on 7th-9th December 2013, giving three different perspectives, that of the next gen philanthropist, the social entrepreneur and the organizer. The third will follow on the 15th January 2014.