Brazilian philanthropy is maturing, expanding visibly and becoming more diversified – as indicated by two recent studies: a report on Philanthropy in Brazil, produced by Philanthropy for Social Justice and Peace (PSJP) and presented in Brazil in June 2018; and a book, Filantropia de Justiça Social sociedade civil e movimentos sociais no Brasil (Philanthropy of Social Justice, Civil Society and Social Movements in Brazil), launched in April. Both these publications stem from the need to assess the practices, strategies and results achieved by Brazilian philanthropy and to make more visible a phenomenon that is little known or valued by Brazilian society (or Brazilian public opinion), including within the academic and civil society spheres. We have never before had so many publications on the topic of philanthropy in Brazil. 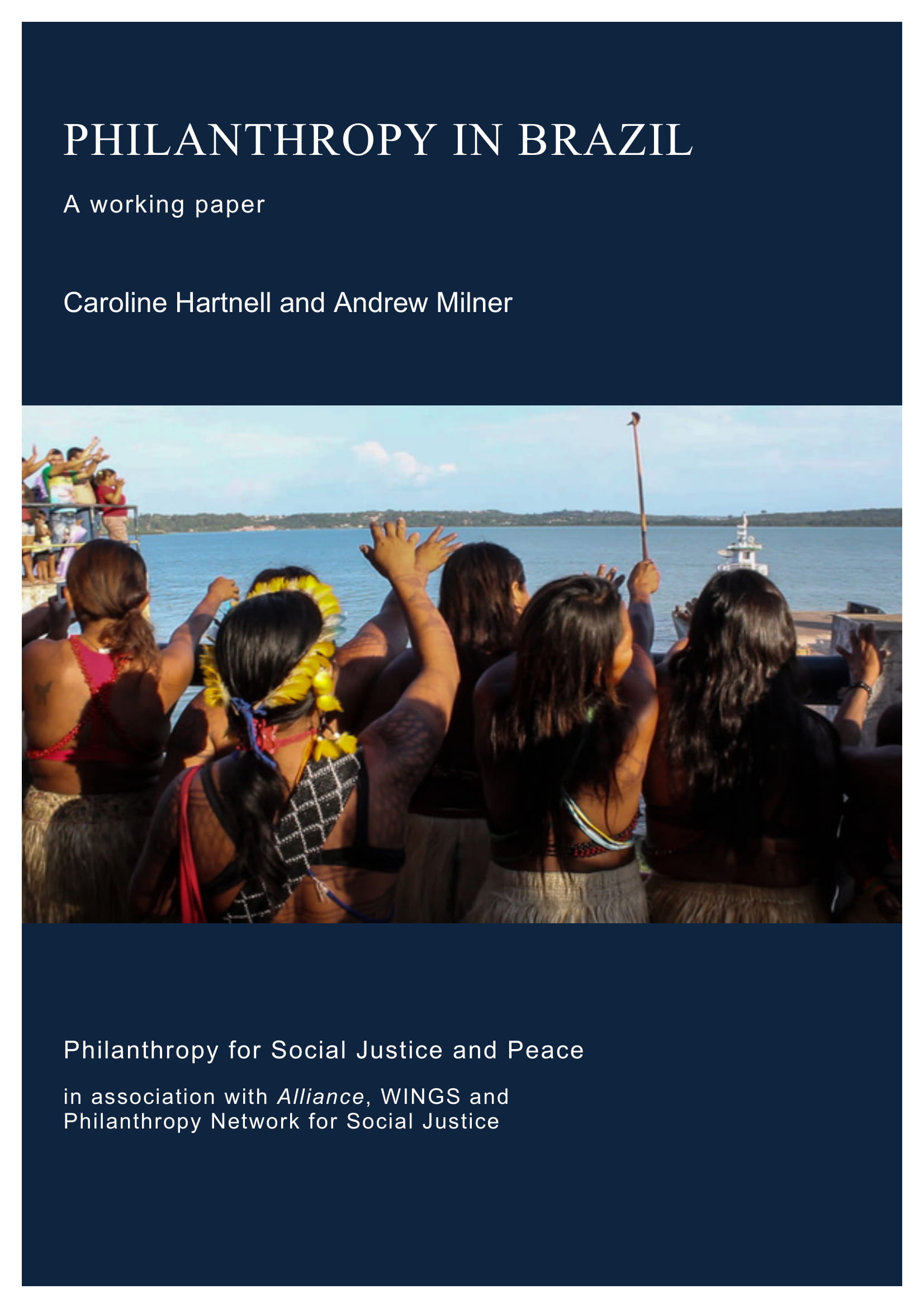 It is important to emphasize that many of the arguments and trends presented in these two studies draw on information obtained from existing studies, which offer more in-depth analysis of specific parts of the sector.[1]

Interestingly, both works indicate common trends and correctly map out the main obstacles, challenges and opportunities in the country’s philanthropic sector. While their approaches are different, both works offer reflections from strategic actors working in the field.

The Philanthropy in Brazil report is based primarily on conversations (interviews) with people who have worked to promote, support or strengthen different areas of philanthropy. ‘It is a work in progress and not intended to be a complete and finished document. It can be seen as a point of departure through which others can contribute to help build it.’

In turn, Philanthropy of Social Justice, Civil Society, and Social Movements in Brazil is a collection of 22 articles, which I put together. Based on a wide range of theoretical and practical approaches, this collection presents, analyses and reflects on social justice philanthropy in Brazil and its interfaces and coordination efforts with civil society groups and social movements. The authors are a diverse group of professionals who work in the social field, with different academic backgrounds and experience within the national and international spheres. The articles cover a wide spectrum of themes: human rights in Latin America and Brazil; an international perspective on philanthropy in Latin America and Brazil; philanthropy for social justice in the country; community philanthropy internationally and in Brazil; and the mobilization of resources and private social investment.

It is also clear from both publications that although Brazilian philanthropy shows potential and new trends – based on an increasingly complex and diverse ecosystem – it is still low-intensity, considering the following: the absence of a legal framework to promote donations; a culture of donations geared more towards the areas of education and/or welfare and less towards social justice; criminalization of NGOs and social movements working on rights-based issues; shy, novice dialogue between the multiple actors working in the field; and conceptual obstacles associated with the concept of philanthropy itself.

The lack of grantmaking
One of the phenomena that receives a great deal of attention in both studies is the paucity of grantmaking in Brazil. This certainly indicates the existence of a vacuum on the financing map for civil society organizations and movements, primarily affecting small and medium-sized institutions and grassroots community groups, particularly those working in the field of human rights and social justice. According to the 2016 GIFE Census, only 16 per cent of corporate foundations and institutes (GIFE members) focus primarily on donating resources to social organizations, while 41 per cent state that they work in a mixed way, in other words developing their own programmes and donating resources to third parties. The absence of grantmaking by this sector can be explained primarily by a lack of trust in civil society organizations, together with the absence of a regulatory framework that favours donations.

For Jenny Hodgson of the Global Fund for Community Foundations, community philanthropy should be understood as resources combined with common values and properties – in other words, as a set of strategies focused on recovering the power and voice of broader groups that mobilize collectively in the quest for a greater common good.

Based on the recognition of these dynamics, the Casa Comunidades programme, developed by Casa Fund in 2017 with the support of GFCF, was designed to strengthen community philanthropy in Brazil by identifying existing initiatives developed by grassroots organizations and groups (CASA´s grantees) that ‘mobilize local resources to be reverted or reinvested in the communities’. Through a range of strategies – such as donations from individuals, revolving funds, community banks, microcredit, social businesses, etc, many associated with the solidarity economy – groups and communities in Brazil work to generate resources to guarantee their financial sustainability and to enable them to engage in activities focused on community development. The analysis conducted suggests that community philanthropy in Brazil has major potential. It is also particularly relevant in light of the significant challenges faced by the country related to inequality, human rights, natural resource governance and climate change.

The Philanthropy Network for Social Justice is a strategic actor in the grantmaking field. The funds and community foundations that make it up represent an effective alternative for financing and strengthening small and medium-sized organizations and movements operating in the field of rights. It will be considered fully in a separate blog, to be published tomorrow.

You can read this post and more about the Philanthropy Network for Social Justice in Portuguese by clicking here.

Graciela Hopstein is the executive coordinator of the Brazilian Philanthropy Network for Social Justice.