Pilotlight and the Weston Charity Awards – what happens when you launch a brand new award for charities? 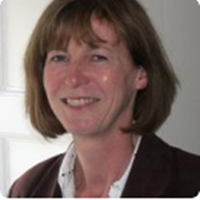 The first year of the Weston Charity Awards, founded by the Garfield Weston Foundation and Pilotlight, focussed on the North East, where the foundation’s research by Cathy Pharoah found that government spending cuts have affected nearly two-thirds of charities (64%), while almost 60% of charities across the region have seen an increase in demand for their services.

Launching a new award is not always easy so let me take you back 5 months to when this all went public.

After much preparation, from guidance notes to application forms, timings and key information we opened for charity award applications in January 2014. The award would consist of £5,000 of unrestricted funding and a yearlong Pilotlight programme for each of the six winners, plus the opportunity for the overall regional winner to secure an additional £15,000. We were looking for charities working in three key areas identified by the Garfield Weston Foundation as Welfare, Youth and Community; the profile of charity applicants (size, etc) was determined by Pilotlight’s own criteria.

Although we were unsure of what the response of North East charities would be, in the event the number of applications, well in excess of 100, exceeded our expectations in a number of ways:

–          The quality of the organisations and the work being done

–          The apparent buy-in to and desire for the support we were offering, capacity building as well as funding

Over the course of the following months, the Pilotlight team reviewed the applications and visited all of the shortlisted charities across the North East, from the East End of Newcastle to a former mining village in County Durham to the quayside in Blyth. The Pilotlight team were thoroughly impressed with the calibre of applicants and their desire to utilise the skills of business leaders to increase their social impact and improve the lives of people living in the North East.

So how did we decide on the winners?

The Awards Judging Panel, consisting of the Garfield Weston Board of Trustees, selected 6 charities on the basis that they demonstrated particular strengths in the following:

So, as we presented the winners with their awards and they look forward to meeting their Pilotlight business teams we are confident we have picked six charities that not only tackle a diverse range of social issues, such as the needs of local older people and those with disabilities living in the community, but ones that will really benefit from business mentoring to help develop their organisation.

As Emma Frew from winning charity, ShARP, says:“This award couldn’t have come at a better time for us. ShARP has achieved a lot in the last few years, but our plans for the future will be the biggest challenge yet. Not only in terms of growing ourselves, but in having the confidence to articulate to potential partners, funders and commissioners that we are a strong and focussed organisation.”

So what did we learn during the process of setting up this new award?

More important than even getting the paperwork ready and out on time was the groundwork we had done in establishing that Pilotlight and the Garfield Weston Foundation were the ‘right’ partner for each other – in terms of aims, values, expected outcomes and hoped for impact. Having established our compatibility in terms of goals, we feel we have developed a powerful proposition as a result of our respective strengths.

Engage with local organisations early on

We realised that connecting with organisations in the North East like VONNE and Northern Rock were key to our success. We also dedicated time to communications and engaging with local media to get the news about the awards out to charities.

Finally, we will be reviewing how the awards go over the next year, and the application process to learn and see how we can improve for next time.