Private foundations: what we can learn from the sector’s silent majority 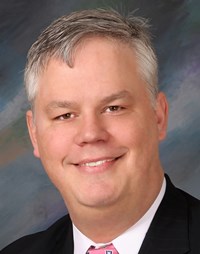 When people think of private foundations, they often think of mega foundations with names like Ford, Kellogg, MacArthur or Rockefeller. These foundations have a few things in common besides name recognition: they each have endowments in excess of a billion dollars, and they were all founded by donors who have been deceased for decades. In stark contrast, the overwhelming majority of foundations do not have enormous endowments, and many are still connected with living donors.

Out of over 86,000 private foundations in the US, only about 70 hold assets worth more than $1 billion, and 98 per cent hold endowments of less than $50 million. Because most of what we read about the sector focuses exclusively on the behaviour of a 2 per cent minority, our perceptions of private foundations are terribly skewed. In fact, there are important differences between the 98 per cent and their billion-dollar brethren.

The fact that these donors continuously supplement their endowments with new infusions of capital indicates that they are actively engaged with their foundation. We see additional evidence of this when we look at giving levels that are well in excess of the 5 per cent minimum mandated by law. The average distribution of all foundations in the study was 7.3 per cent, with foundations under $1 million leading the way, disbursing 14 per cent of their assets on average. This is a pattern we’ve seen repeated every year over the past six years – the most difficult economic climate in decades.  All these findings suggest that despite their relatively small size, the foundations in our study ‘punch above their weight’, granting energetically and generously thanks to the enthusiasm of active and committed donors.

Not only do they give more relative to their size, but the types of grants they provide are the most coveted by non-profits. Foundations with less than $10 million in assets awarded almost as much in general operating support grants as they paid out in grants for specific projects.

Finally, our experience with these clients suggests that they aren’t content to leave funds to charity only after they’re gone. Instead, they take an active hand in creating their own legacies, frequently establishing their foundations during their lifetimes, often at the peak of their careers, and involving their children in the work.

Although mega foundations enjoy the lion’s share of assets held by private foundations – as well as media attention – we must recognize that they represent a small minority of the foundation community. The majority of the sector, the 98 per cent of foundations like those in our study, are likely to continue to grow both in number and in collective social impact. A better understanding of how these foundations behave will surely grow in importance too.

Andrew Schulz is executive vice president of Foundation Source and author of this year’s report.