SEE Foundation speaks about their climate work in China

Founded by the Society of Entrepreneurs and Ecology(SEE) in 2008, the SEE Foundation was established with the mission of supporting and nurturing Chinese environmental civil society organizations and facilitating a learning platform for entrepreneurs, NGOs and the public to engage in environmental protection and sustainable development. We spoke to the foundation’s Deputy Secretary-General Bowen Zhang about their work. 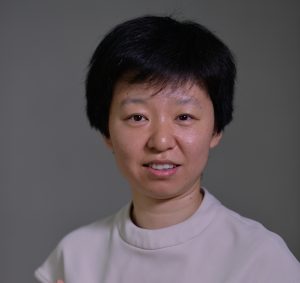 As Alliance magazine’s June 2021 issue looks at climate philanthropy ahead of COP26 in Glasgow, we partnered with the International Philanthropy Commitment on Climate Change on an interview series to ask a number of organisations around the world: what is philanthropy’s role in addressing climate change at this critical moment?

SEE Foundation is originated from a constituency that is unique in China. It has a strong business base, pioneering the development of China’s environmental philanthropy. With hundreds of socially responsible entrepreneurs as its principal donors and supporters, who are also members of the parent organization – Society of Entrepreneurs & Ecology (SEE), the foundation has the mission to bridge the business community and non-profit organizations. So most of our endeavours on climate change engage the private sector and adopt a collaborative approach.

From 2009 till now, several climate commitments and pledges have been co-initiated by SEE and its partners. The most noteworthy actions the foundation has managed to bring onto the world stage fall into the following four categories:

At the very beginning, SEE and its founding members were most concerned with desertification control, as severe sandstorms savaged northern China in the early 21st century, threatening China’s capital city Beijing that was then going to host the 2008 Olympic Games. Facing intensified regional and global environmental challenges, SEE’s strategy has evolved and expanded to include multiple environmental issues, far beyond desertification control.

SEE was founded to engage more and more Chinese entrepreneurs in taking environmental and social responsibilities. As the business sector is the main contributor to greenhouse gas emissions, climate change is one of the most urgent environmental issues that SEE seeks to address. On the one hand, starting from our participation in the Copenhagen Climate Conference in 2009, SEE has participated in the climate change conferences for ten consecutive years, opening up opportunities for entrepreneurs to learn and engage in global climate governance. With consistent engagement in international climate change conferences, we have gradually deepened our understanding of climate change issues and accumulated rich experience on how to promote active cooperation among the private sector, governments, NGOs and research institutions. On the other hand, starting from their own industries such as real estate and construction sectors, SEE entrepreneurs have been scaling up their contribution to both pollution reduction and carbon emission reduction through a market-based green procurement approach.

Based on the available data from the Global Carbon Budget and IEA, it is estimated that China’s real estate and construction sectors account for around one-tenth of the global fossil CO2 emission. With a strong commitment to climate and green transition, SEE together with its partners initiated the Green Supply Chain Action in Real Estate Industry in China (GSCA) in 2016.

This project encourages voluntary actions of Chinese real estate enterprises to improve environmental performance and reduce carbon emissions via green supply chain management. The GSCA project created and introduced different levels of environmental standards, according to which the suppliers are sorted into white, green and black lists. By June 2021, 13 categories of building materials including steel, cement, aluminium, wood etc. have been assigned rigorous voluntary environmental standards. Through implementing green procurement, where real estate developers are encouraged to only buy building materials from qualified suppliers from the white or green list, developers are exerting leverage on their upstream suppliers to enhance their environmental regulatory compliance performance.

It is the first market-based and scale-up exploration of carbon emission reduction in the construction sector in the world. As of June 2021, the overall scale of green procurement has increased from $1.5 million in 2017 to $1.54 billion in 2020. As of 2021, a total of 100 real estate companies, representing 20 per cent of the sales revenues of the whole sector in China, have joined the project and engaged 3,874 upstream suppliers. Ten NGO partners have been engaged in supervising the compliances and environmental performance of these suppliers.

Climate is not a stand-alone environmental issue. Climate action is one of the UN SDGs, and closely linked to the other 16 ones, including no poverty, good health and wellbeing, decent work and economic growth etc. At the same time, climate and other environmental issues, such as pollution, desertification, loss of biodiversity and so on, are also interconnected. It is therefore essential to seek synergies between climate change and other areas of work. In addition to climate change, SEE focuses on desertification prevention and control, biodiversity conservation and nature education, environmental NGO capacity building, as well as marine conservation. Considering these issues’ strong nexus with climate, we are integrating the climate lens into our various areas of work.

First, regarding desertification control, we initiated the project of ‘100 million Suosuo’, planting trees to slow down desertification in Alxa League, Inner Mongolia of China. Suosuo, a kind of local shrub in the desert area, not only plays a key role in shielding wind and fixing sand, but also brings opportunities to increases local herdsmen’s income. Although the desertification was mainly caused due to the destruction of local vegetation, the climate change further aggravates the vulnerability of the desert areas. Therefore, through a climate lens, this project helps local communities adapt to and mitigate climate change. These plantations can also become a carbon sink. Certified by the Bureau Veritas de France, the initial 61,133 hectares of suosuo planted have fixed 360,000 tons of carbon dioxide.

Secondly, in the field of pollution prevention and control and in partnership with other philanthropy foundations, SEE has supported 56 environmental NGOs and granted them 86.47 million RMB over the past decade, to monitor the corporate disclosure of environmental information and pressure them to reduce pollution and carbon emissions according to laws and industrial green standards. Among these NGO partners is the Institute of Public and Environmental Affairs (IPE), which we have provided funding support for more than 10 years. They develop a database called the Blue Map to effectively promote the sorting of suppliers and even extend it to include raw materials such as steel and cement. The Blue Map helps enterprises identify which suppliers in the industrial chain are more credible and have better environmental performance. All of these work will contribute to the green development of the whole society. Last month, as the only Chinese NGO, IPE was selected as a nominee for the Earth Charter Award sponsored by the British Royal Family. We congratulate IPE and are glad to support the dedicated team over these years.

Thirdly, addressing the nexus between climate and biodiversity, the nature-based solutions (NbS) have received unprecedented attention. NbS can deliver one third of the emission reductions needed to meet the Paris Climate Agreement. In the field of biodiversity conservation, SEE, the Mangrove Conservation Foundation and local government partners are adopting a NbS approach to protect, restore and connect the mangrove forests in Guangdong, Guangxi and Fujian of China. For example, in Shenzhen City of Guangdong, 100 hectares of mangrove forests can annually absorb 4,000 tons of CO2.

SEE Foundation is currently a publicly funded foundation. According to Chinese laws and regulations, the publicly funded foundation should annually spend 70 per cent of its last year’s income. Therefore under the condition of ensuring liquidity, SEE Foundation can only do some investments in short-period funds rather than in an endowment. Since two years ago, our investment has begun to focus on the new energy industry.

From the perspective of GSCA project, it is a great challenge to carry out further scale-up and innovation, beyond the real estate and construction sector’s voluntary actions. How can green finance be promoted to stimulate the sector to reduce emissions? How can policy and legal tools be promoted to raise the sector’s voluntary actions to standards and laws at the local/national level? These are some challenges at the project level.

From the perspective of the global climate governance, the IPCC6 report is the biggest climate warning to date. A study last year points out that the cost of climate risk to businesses around the world is around $1 trillion. In addition to physical risks and transformation risks, companies may also assume ‘liability risks’ if they are improperly due to climate change. Companies in Asia reported significantly less climate-related risks than in other regions. How to guide Asian companies to pay attention to climate risk and how to better play the role of the business sector in global climate governance is a huge challenge.

The board of the SEE Foundation is made up mainly of business leaders. Since 2009, under the leadership of its board, SEE has organized delegations of entrepreneurs to attend climate change conferences. Chinese business leaders have since gradually deepened their understanding and thoughts on climate change, launched voluntary actions to reduce emissions, and co-initiated international networks such as the Foundation Platform, F20. So for us, it’s not about convincing the board to take on climate work, it’s the board that leads the way in the work on climate change and puts forward the vision and direction for SEE’s climate change work after they have experienced first-hand global climate governance.

From the experience of the SEE Foundation, it is important to find the entry point that combines with the characteristics of the foundation itself. Active participation in global governance and communications with other stakeholders can facilitate peer learning and sharing of best practices. Therefore joining F20, AVPN and other international/regional networks is encouraged.

As a responsible nation, China has announced timetables for carbon peak and carbon neutrality. China’s civil society is highly responsive accordingly. At COP26, China Business Climate Action (CBCA), Vanke and C-team will host a two-week ‘China Enterprise Pavilion’. Representatives of all parties are welcome to participate in the series of events to embark on your climate journey.