Standing up for ‘professional fundraisers: letter to the panellists and delegates at the Alliance Breakfast Club 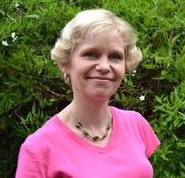 At this morning’s Alliance Breakfast Club on Next gen donors: What will they do differently? one of the delegates observed how ill-advised it is for fundraisers to lead meetings with potential donors. Very broadly speaking, no fundraiser worth their salary could possibly disagree with that – I would never schedule such a meeting without the right member(s) of staff actually carrying out the work – for a start they know a lot more about the detail of it than I do! Also, it’s obvious that potential donors are going to be much more engaged by programme staff than fundraisers. That’s been my experience during a career which spans nearly two decades – it’s nothing new.

It would not have been right to further debate the role of fundraisers at the Breakfast Club – that was not the topic being discussed. However, I must now respond to the implication which resulted from this observation, and the exchange which followed with the panel, that there is some enormous gulf between what were termed ‘professional fundraisers’ and the staff in the charities, NGOs and other third sector organizations that are, collectively, trying to change the world for the better.

Firstly, I don’t recognize this odd species called ‘professional fundraisers’. Sure, there is a network of supporting organizations such as wealth screeners, monitoring and evaluation experts and other service providers, just as on the donors’ side there is the network of wealth advisers and organizations that bring together like-minded wealthy individuals, which was the focus of much of this morning’s discussion.

We fundraisers working directly at the heart of the organizations that are carrying out the work are just that – at the heart of it. We are just as passionate as the investors and social entrepreneurs and their allies who want to effect significant and lasting change, and as the programme staff who are making that change happen through their daily work. I have met only a very few fundraising staff during the last 18 years who were not motivated wholeheartedly by the desire to maximize the amount of good work their organization was doing – and they did not last long in their jobs.

I don’t do my job for the joy of raising income for its own sake – if I did I might have chosen a career in commercial sales. I do it because I know that money I am helping to raise will fund travel, childcare and meals for vulnerable women with a range of difficult issues, so they can commit to our education courses which will put them on track to employability; or theatre-based advocacy with policymakers and professionals about how to address the specific needs of women in the criminal justice system, to reduce custodial sentences and reoffending.

Donors, staff and fundraisers are all vital ingredients in the cocktail of measures and solutions needed to effect change. We are all working towards the same goals: to imply otherwise is hurtful, damaging, and wrong.

Sue Canderton is Head of Development at Clean Break. http://www.cleanbreak.org.uk

Hear, hear - well stated Sue. I am perplexed by the general pov of many philanthropists and social investors who continue to state their aversion to fundraisers. Good fundraisers are facilitators and just as passionate at making social change as their associates who deliver the services. In fact, in social situations, I have often been accused of ruining it for the true work of the NGOs and charities - like yourself and any good fundraiser, we must enroll and engage our colleagues to help them understand how fundraisers can make their lives easier and ensure that one more child, woman, man or animal will have a better life than they currently have. It is all about working collectively in partnership to the same end - to truly make a difference for a better society.