The Lewis Foundation on climate action in South Africa

The Lewis Foundation in South Africa with its focus on conservation has always had the environment at the centre of its work, but it was their membership with Independent Philanthropy Association of South Africa (IPASA) that connected them (and the rest of the philanthropy community in South Africa) to working on climate systematically. 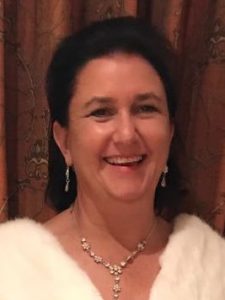 Being a Foundation with an environmental focus, the issue of climate change has been core to informing the programmes we fund. However, in the last 5 years, we have begun to apply a climate lens to other aspects of the Foundation’s functioning. Our membership of the Independent Philanthropy Association of South Africa (IPASA) has also provided us with a platform to lobby and engage other philanthropic organisations. Lewis has not however signed any climate commitments or pledges. But we are getting closer to doing so,

With the environment being our focus, we have been deeply immersed in conversations around climate issues for many years. Our engagement with key players in the sector informs what we fund, and climate action is high on the agenda and underpins what we do.

It was our membership of the Independent Philanthropy Association of South Africa (IPASA) that was the start of much wider engagement around climate action in the philanthropic arena. Not many of the IPASA members were intentionally applying a climate lens to their activities and their investments. Recognising this, the Lewis Foundation, with support from the IPASA council and executive, has been raising awareness of the role of philanthropy in climate action. This has resulted in a series of three webinars (funded by Lewis and the Hans Hoheisen Charitable Trust) focusing on why applying a climate lens is so critical, how to practically apply a climate lens, and the power of the pledge and collective action.

Inspired by the tool kit produced by the Green Funders Network, an outcome of the webinar series is to produce a similar toolkit for South African philanthropists to support their climate action journey.

Our journey in funding greening the finance sector, really opened our eyes to the power of financial assets to drive change. This motivated us to align our endowment investment strategy to our mission. We have developed a Responsible Investment Policy, have divested from SASOL (one of South Africa’s largest polluters), started investing in ESG products, and our asset managers have been asked to report back on progress in implementing the policy. Our next step is to consider how we can best play an active shareholder role.

What kind of impact have you seen your climate focus having already?

The Lewis Foundation’s focus area is the protection of the environment and funds several programmes addressing aspects of climate change. These programmes are informed and co-created through engagement with key players in the sector.

In 2009 the collective concern was, because of apartheid and our education system, that a career in the environmental arena was the preserve of predominantly white males. As a country, we urgently needed to develop and train a new generation of conservation champions who would drive the shift to a Green Economy. Lewis partnered with the South African government to develop and implement the Biodiversity Human Capital Development Strategy (2010 – 2030). A recent mid-term review found that the strategy had achieved significant outcomes but even more needed to be done. A new cohort of young South Africans with the skills needed to mitigate the climate crisis is emerging.

In 2018, when Lewis actively engaged the sector in what key issues required funding, the collective concern was squarely around achieving a just transition to a low carbon economy in South Africa. Lewis elected to focus on the finance sector. The three lead partners, the National Business Initiative (NBI), WW-SA and Just Share, have embarked on a project to enhance the South African financial sector’s ESG analytical services. The premise being that improved governance, skills, and awareness combined with access to tools and data will lead to better investment decision-making.

Addressing climate change is a multifaceted, complex issue. There are no simple, straightforward solutions. It takes many organisations working in partnership to develop solutions. Individuals are often at different stages of understanding of the issues and this is challenging to manage and keep on track.

Our membership of IPASA exposed us to international best practices in terms of aligning endowments to one’s mission. At the same time, we were exploring funding a programme in the just transition arena and gaining an understanding of the power that asset owners have to effect change. The Divest/Invest movement was gaining traction and one of South Africa’s icons, Dr Desmond Tutu was a champion of this initiative. We were working closely with Just Share, an organisation promoting active shareholders. All this combined to convince the board to apply a climate lens to its investing.

I think that WINGS summed it up in their article on the launch of their international climate pledge:

‘Historically, WINGS has been cause-agnostic, as a global network whose role is to foster stronger and more impactful philanthropy worldwide. This year, for the first time, we decided that we have a responsibility to leverage our network – which reaches out indirectly to 100,000 philanthropy actors around the world – to push the sector to take action on the climate emergency.’

We all have to be held to account but wielding a big stick never works. We the converted have to be creative, passionate and persuasive. Getting on the climate bandwagon has to be an exciting, shared and interesting journey.

It is not as daunting as you think. These are so many entry points to start your climate journey. Use the Green Funders toolkit or the one we will be publishing towards the end of the year to guide you.

Your journey can start with reading an article on the climate crisis or understanding how the climate crisis impacts your areas of interest, sending your Board members an article on responsible investing, or inviting an expert speaker on the topic to address your board or your staff, giving everyone in your office a bamboo coffee mug for Xmas and banning takeaway single-use cups…

Just take that first step on the journey and the hardest part will be over.

This interview is part of a series produced with the International Philanthropy Commitment on Climate Change exploring how philanthropy is supporting the climate crisis. For more, visit alliancemagazine.org/philanthropyforclimate.